Tuesday (16,743 steps) - SLEPT IN!! So happy to have a bonus day off. Headed to Boulder for run club. Not a big turnout, I guess a lot of people had to work. For the trail run it was just me, Ariel, Ben, Pika, Becca & Izzy. The lower trails were in pretty decent shape, but Mesa was really muddy. 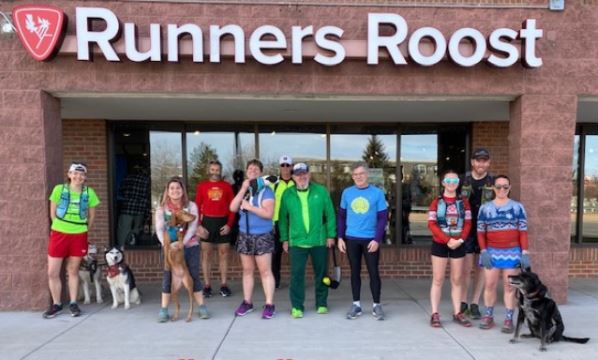 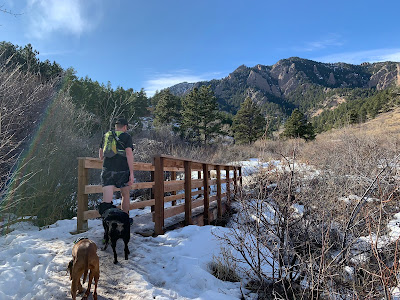 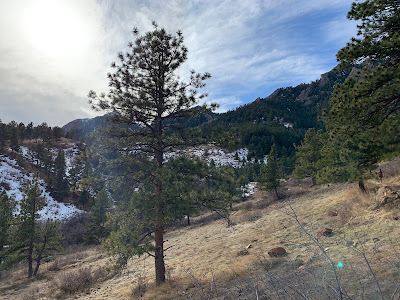 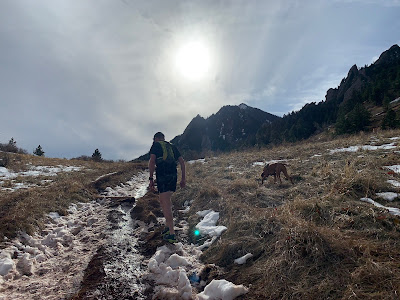 Ben still had Christmas shopping to do, so we took Pika home and gave her a bath, which she did not enjoy. 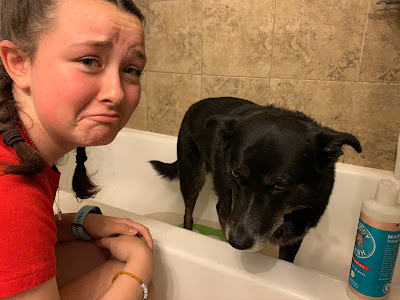 Picked up Qdoba for dinner, then we all made sugar cookies. Fun night! (Also, please explain to me why I can bake all sorts of things, and $2.99 slice n' bake cookies are so difficult?) 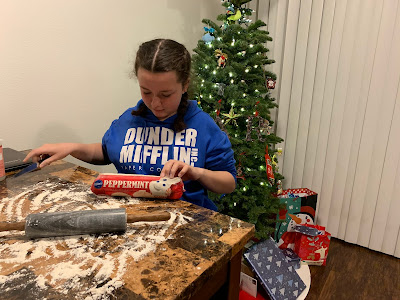 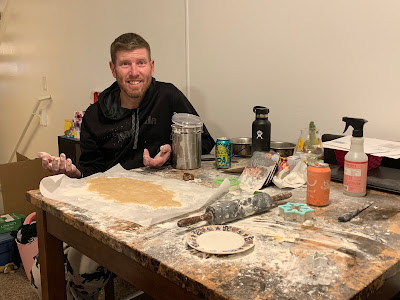 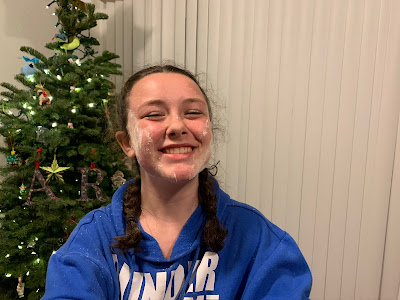 Wednesday (18,692 steps) - Christmas! We all went on a walk with Pika. Ben and I decided to run before we started cooking. Kept the pace down, and it wasn't "great," but it also wasn't the worst run. Crazy to be running in a tank top in December, I love it! 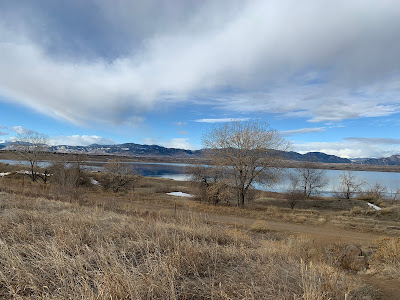 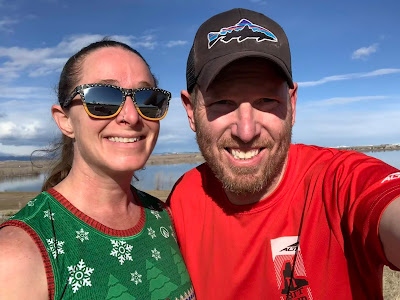 Finally opened presents when we got back from our run, while Ben was making a shit ton (2 pounds) of bacon and cinnamon rolls. 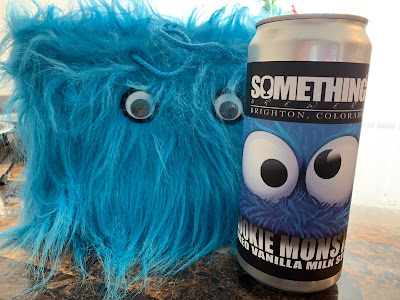 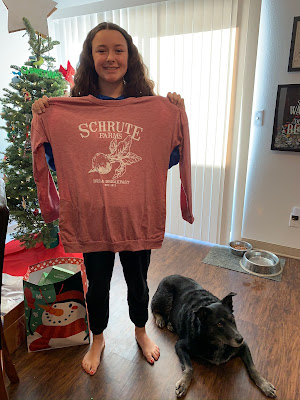 The rest of day was spent cooking a delicious dinner! 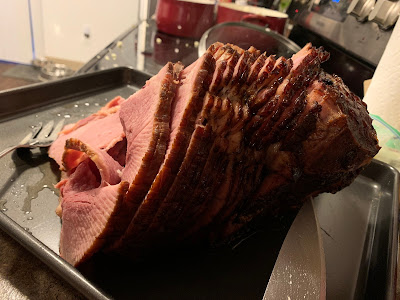 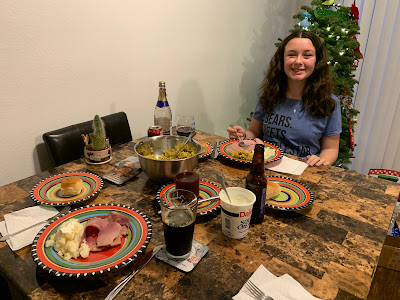 In between cooking, we watched Jigsaw (surprisingly good, if you like the Saw series), part of Bohemian Rhapsody & Love Actually.
Thursday (8,769 steps) - Core class during lunch. Nothing else... very tired all day because of all the eating, beer drinking & general not sleeping over Christmas Eve & Christmas. After dinner we watched Jurassic World and in bed early.
Friday (7,978 steps) - No gym today because Nicole and I went out to lunch at Osteria for a belated Christmas/early New Year's lunch. Super tasty quinoa salad and tomato spinach soup. Met up with Ben at 4 Noses after work for happy hour. 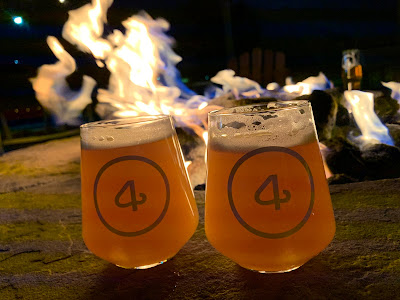 Home for frozen pizza and binge watching "You" because Ben hasn't seen it and the second season just came out!
Saturday (10,291 steps) - Up for Runners Edge, only to discover it snowed quite a bit. I scraped off the car and headed out, only to turn around after about 15 minutes because the roads were so bad. Back at home and then took Pika for a walk. 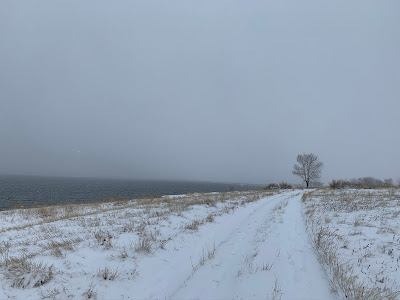 I figured I would run later in the day, but then the winds picked up and I opted to just scrap it. Ben spent the early afternoon helping a friend out while I watched junk on tv. We all went to Coda Brewing to meet up with Eliot and Bob. Fun times! 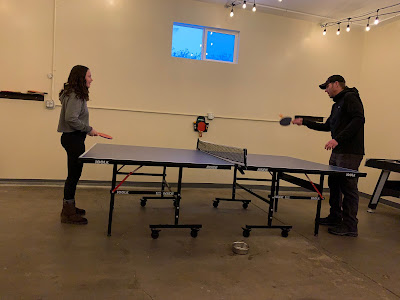 (More "You")
Sunday (18,287 steps) - Up relatively early to go to Milk Market for the Brunch run! Apparently, we haven't been in almost a year... I had plans to run with Ben, but then Mike decided to join our distance and the pace was too fast for me to keep up, so that was incredibly frustrating. I headed back to finish up the run with Mo, Ariel and Colfax. 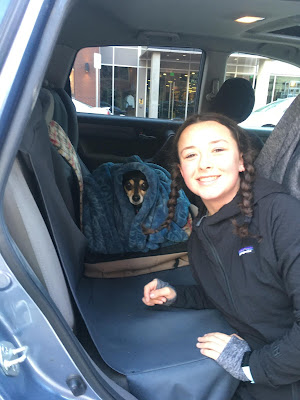 Once we got back I was just freezing. Couldn't warm up at all, even skipped having a Bloody Mary! Took Pika for a walk before taking Ariel to a birthday party. 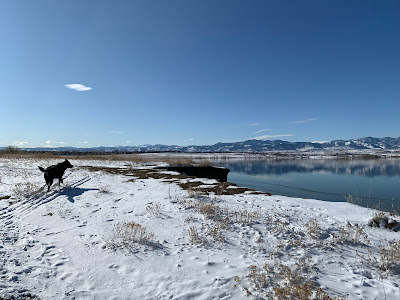 Ben and I headed to 4 Noses, Meghan met up with us for a beer. Went to pick Ariel up, only to find out she wanted to go to a Sleepover. Ben and I finished watching the rest of the first season of "You" - I really can't wait to see the second season!
Monday (15,874 steps) - Core class during lunch. Went for a 4ish mile run right after work by the lake. It was dark and cold. 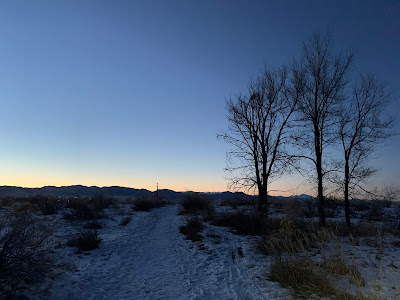 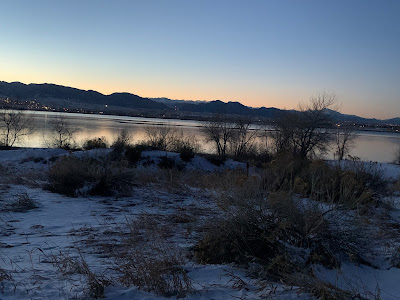 Soooo sick of winter already. You!