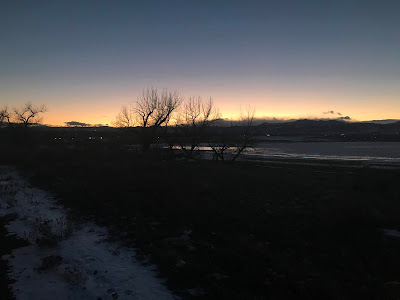 Wednesday (20,097 steps) - A few attorneys took me out to lunch for a late "holiday" thank you. We went to Jax's near Union Station - and I stepped way outside my comfort zone and had a Lobster BLT - and boy was it delicious!! Roost Boulder! Not as great a run as last time, overall pretty tired. Trails were in pretty decent condition, though. 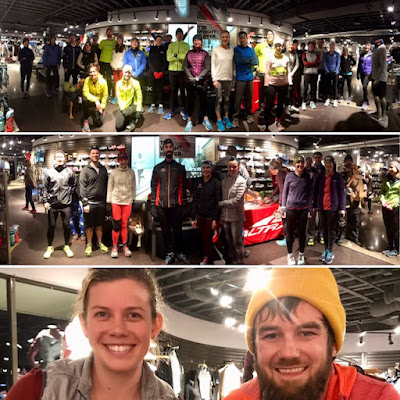 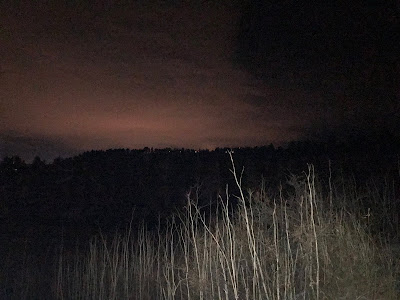 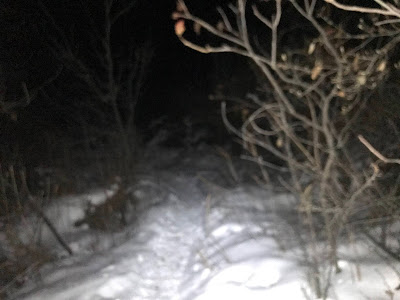 Thursday (11,200 steps) - Core during lunch. Belmar after. Ran the small loop with Dulce. There was a presentation after with "Funny Runner."

We actually went to Chuy's after - a lot of fun. Dinner should always be a margarita and chips. 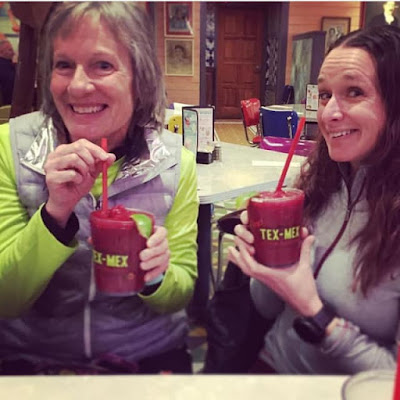 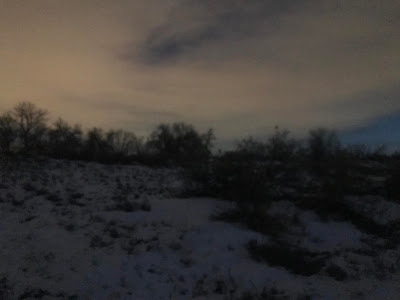 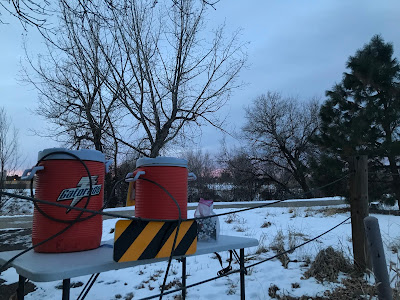 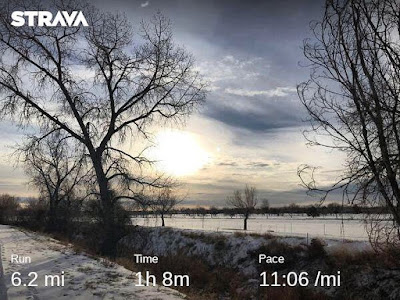 We had one of the last aid station pick-up times, so we went to Mimi's with Janet. 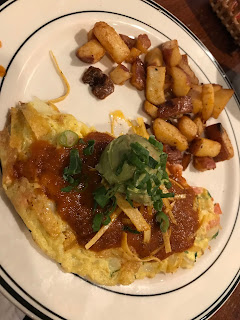 I hadn't wanted to spend money on breakfast, but it was really good. Spent the day doing laundry and packing. Eep! Actually did my hair so I could see what it looked like with the new color. A bit more dramatic than I expected, but I really like it!! I may actually have to "care" and do my hair once in a while. 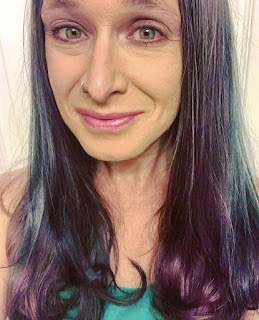 Sunday (12,719 steps) - bRUNch with Mo and Colfax at Milk Market. This is a fun monthly run that I will try to do as often as I can. 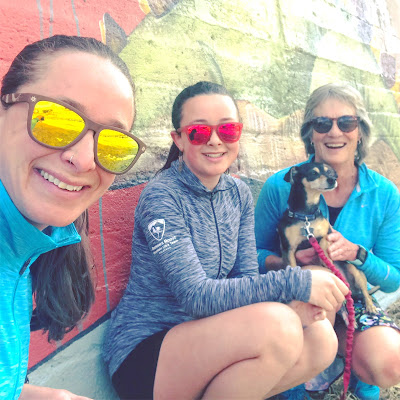 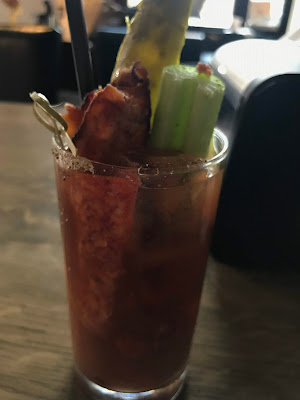 Had a frittata and a bloody Mary. Went to Target after to pick up a bunch of random items. Tried to nap. Went to Wrigley's for the 2019 RMRR banquet. Sooo many people in such a small space. Fun night though, and I enjoyed winning (7th place) for the Trophy Series! 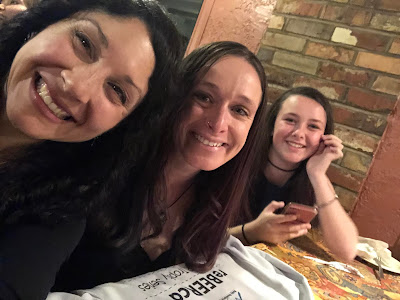 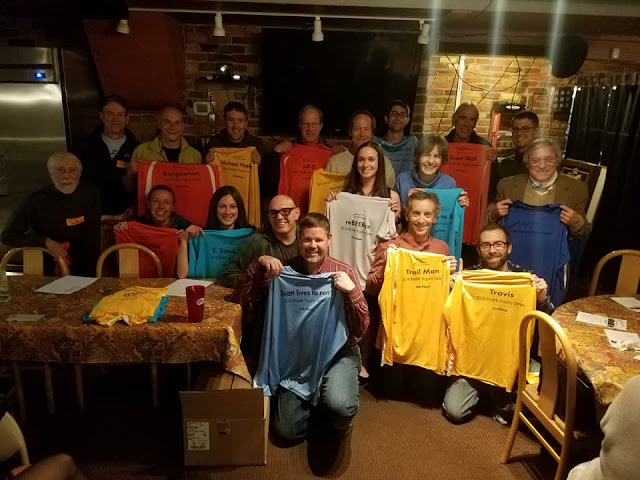 Monday (10,060 steps) - The 1-2" of snow we had predicted ended up being a nightmare of a winter storm. Took an hour and a half to get to work, barely made it there. Core class during lunch. So exhausted from the day that we skipped the Stapleton anniversary run :( We did, however, go on a walk to the lake (and had a LOT of fun), had pho for dinner, and went to bed insanely early. 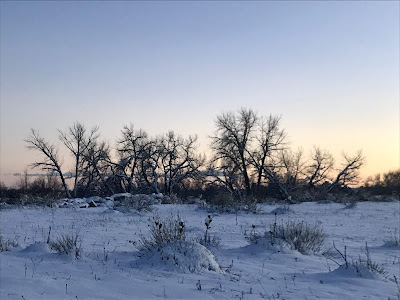 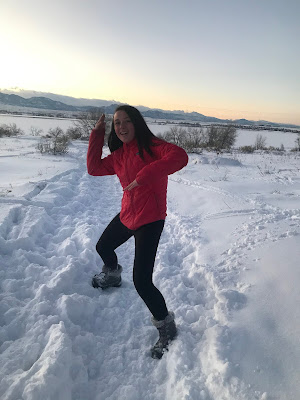 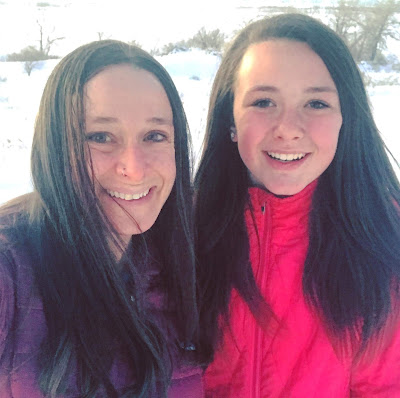