Tuesday (13,680 steps) - Barre Express with Gabi. Hadn't planned on running, but then Ang asked if we were going to Sloan's, so we ended up heading over. We started early in hopes of catching up with her, but we never crossed paths. The sky looked pretty sketchy, and we did get rained on a bit, but nothing terrible. While we were waiting for everyone else to get back it started hailing. Thankfully, we were parked in the garage.
Wednesday (23,335 steps) - Runners Roost Boulder! 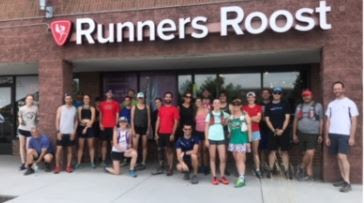 With all the storms that we have had we had to do a weird route that kept us off the single track. I wasn't the VERY last on some of the climbs and had a decently strong back half. After this run they are going to start separating out the slow/fast runners - I think that will ease my stress a bit on these runs as I'm very obviously one of the (if not THE) slowest people here. 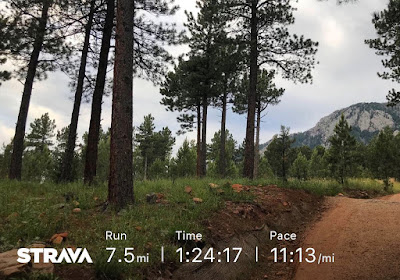 Thursday (14,789 steps) - Met up with some people in Berkeley for the Summer Solstice water balloon/gun fight (and also got in a 3.5ish mile run). 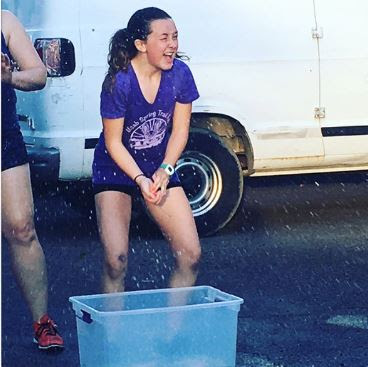 A TON of fun, and the gal who was buying some of my declutter stuff met us there, so I even made some money (*which, as a side note, I'll need to use to fix A's iPad - her screen cracked in a freak accident earlier). Womp.
Friday (11,622 steps) - Barre with Kelly. On my way to the studio, I dropped A off at Lisa's house. She was taking the day off work to go hiking, and A got to go with her. While I had to work. Stupid adulting.
We hung out with Lisa until about 6, before we left to drop off A's iPad to get fixed.
Saturday (37,011 steps) - We had a chance to run a race for only $20, but it was way down in Castle Rock, so I opted to just run in my next of the woods. I had 14 on schedule (my longest run since mid-May), and thankfully, Kristin said she would join me for 10 of those. I ran a few miles before picking Kristin up, and we magically created a route that was exactly the mileage needed. 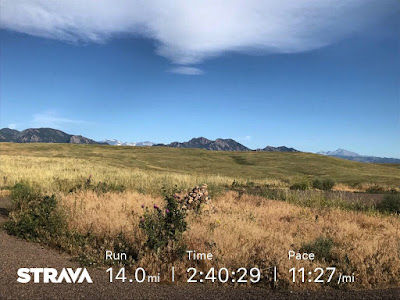 I had just enough time to shower before we headed to the Rockies game. We had tickets through my work, which included lunch and $20 per person for snacks/drinks during the game. It was SO hot, but we stayed the whole game. It was a lot of fun! 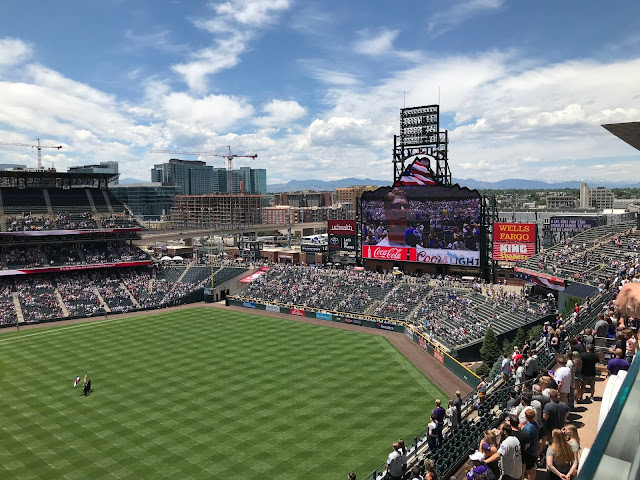 On the way back to the car we picked up cheesecake from The Cheesecake Factory and I grabbed a burger and sweet potato fries from Smashburger (I haven't been there in ages). Bed EARLY.
Sunday (22,981 steps) - Team run! Unfortunately, it was way down in Aurora. Thankfully, Othman was also planning on 10, so we (along with Alex & Stella), ran 10 into the park. 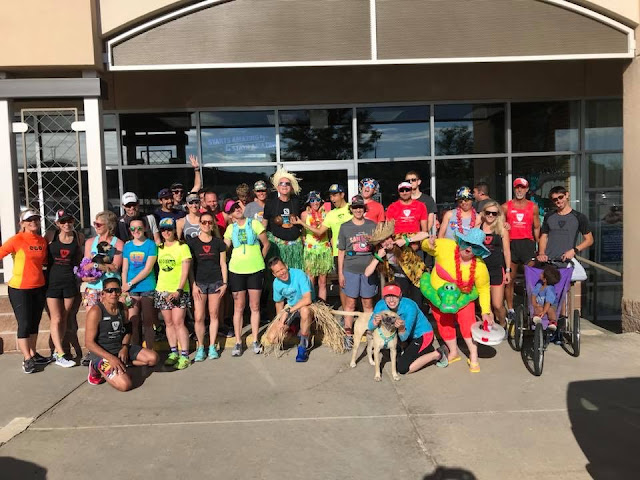 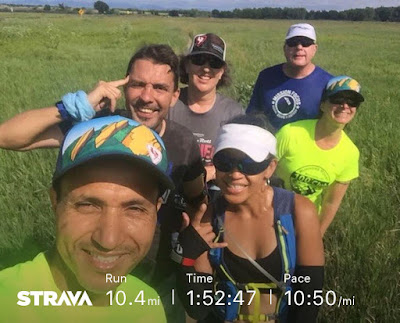 I should have taken pictures on the trail, it was actually really pretty! I seem to only run out there when everything is brown. After the run we took Maureen out for food/drinks for her birthday at Dads and Dudes. Got caught in a nasty rain storm on the way home. A had a Scout meeting. I did (nothing?) except a few Fitness Blender videos (wow, I haven't done those in ages). We had Tokyo Joe's for dinner, and early to bed again.
Monday (16,332 steps) - New Terrain run club! Lisa joined us (I haven't run with her since last summer) - so that was nice. We stayed after long enough for a drink, but left early so we could eat dinner at a "reasonable" hour. 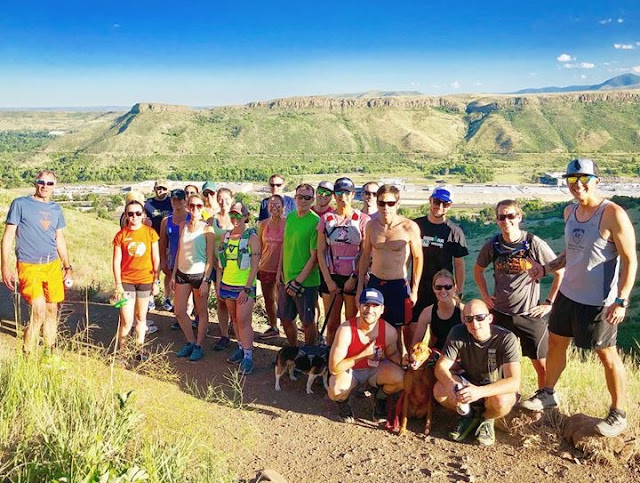 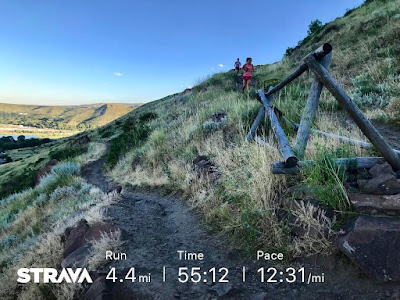