Tuesday (12,789 steps) - Barre Express with Gabi. Outside of running, have been reading a book I picked up at the library when I dropped off my ballot. Yay for being inspired to get rid of STUFF. 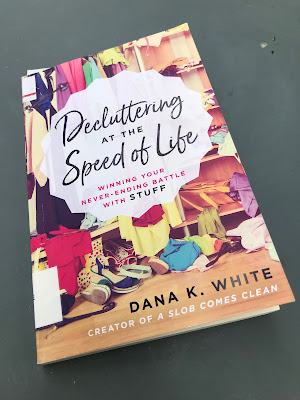 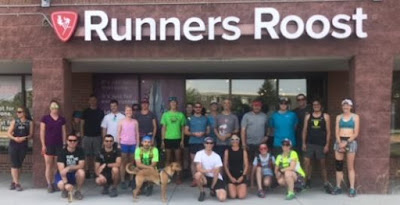 New-to-me route. It was stupid hot (like 90 degrees when we started), I had the tight calves again, and I just overall struggled. A was also going a little slower than normal because she said her knees were hurting a bit on the downhills (after her fall on Monday). 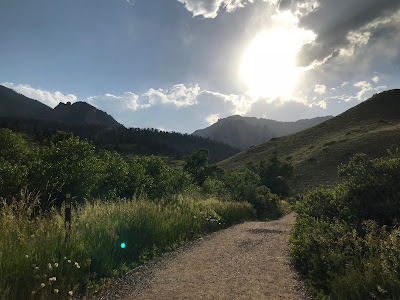 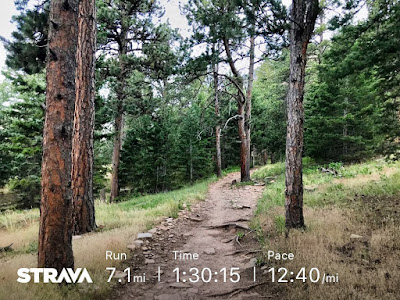 Went to Under the Sun after for a drink.
Thursday (16,710 steps) - Runners Roost Lakewood! A and I coordinated with Ang and Maureen to wear our unicorn skirts for Pride Day/Month. 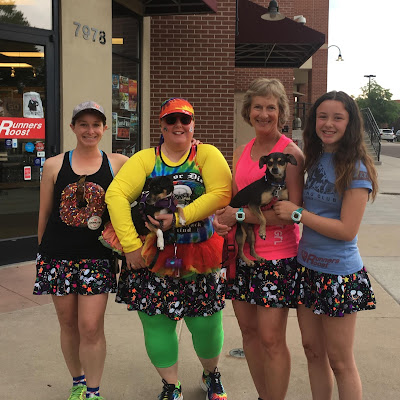 Thankfully we had some relief from the heat with cloud-cover and even a handful of raindrops. After I worked out the tight calves I had a fairly decent run, followed by rainbow cake! After we got home we tackled more decluttering. I can't wait until this is done forever! (We have actually done a really great job with not buying things we don't need and accumulating clutter. It helps immensely that we don't shop, other than for groceries).
Friday (11,247 steps) - Barre with Gabi. More decluttering (finally). Had lost momentum, but we got rid of another carload of stuff (ugh, it's pretty sick how much crap we have that were a complete waste of money). 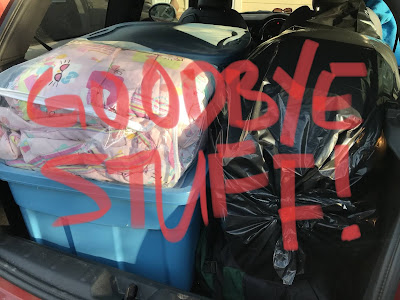 Saturday (30,704 steps) - Summer session kick off with Runners Edge! I had 20 miles on schedule, but obviously that wasn't going to happen. The longest I'd run since getting back from Europe was 10 miles. Optimistically, I thought that I could maybe do 16. 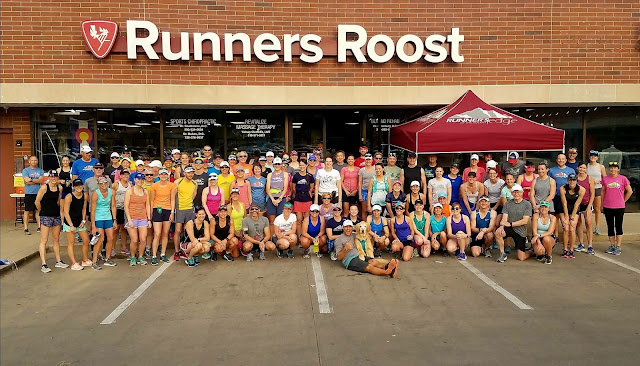 Once we started, I talked myself into doing 12. The run itself wasn't too bad, although I tired the early miles. We were set up on a 10 mile loop, and then I ran my old run club route for another 2 miles. After we picked up our aid station we headed home to shower before driving to LoDo to meet up with everyone at Linger for Lisa's engagement party. It was a long day of eating and drinking, we didn't get home for dinner until after 9 (I think). 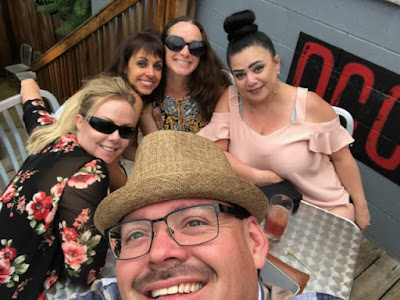 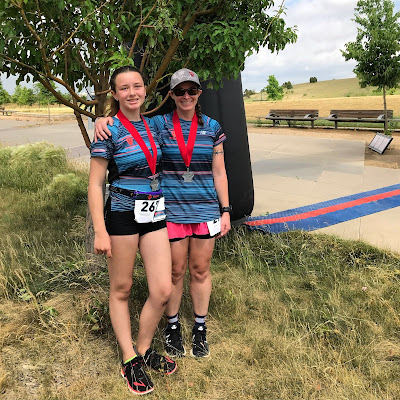 We had nothing else to do the rest of the day. However, part of the afternoon was spent disassembling the Keurig because it wasn't working (AGAIN). Pretty impressed I was able to take it apart and put it back together. 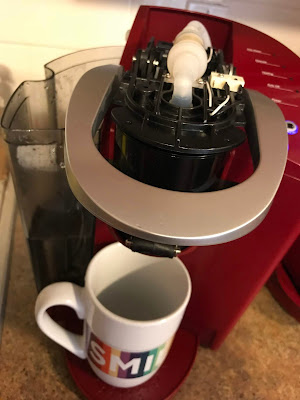 Also, we watched a decent amount of TV, then we had Tokyo Joe's BOGO and were in bed by sunset (really).
Monday (16,645 steps) - New Terrain run club! Another night where I felt like crap, my calves were hot and tight. I had decided to demo the Altras even though I have never liked a pair I tried. I did not like them again (shocker). The pace was actually not as bad as I thought, but I was not happy during this one, I was the slowest by far. 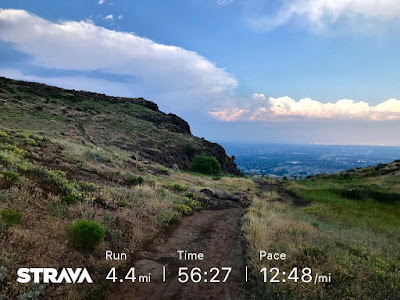 Stuck around for a beer, then headed home in dinner. Thankfully we missed the most recent hail storm, I would be so mad to have another car damaged.