Tuesday (18,708 steps) - Barre with Kelly. FINALLY, a class where I could do 99% of it. Amazing, I've taken so many, and yet they are still so challenging. Got to Sloan's Lake a bit early and ran two pretty fast, pretty great, loops.
Wednesday (18,023 steps) - Runners Roost Boulder! 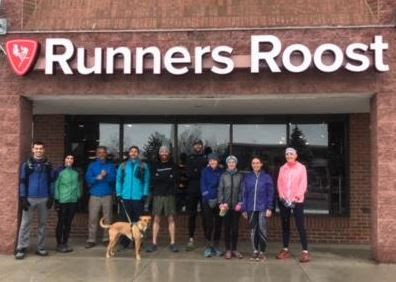 It had started snowing in the afternoon and by the time we headed up to Boulder it wasn't looking great. However, it was above freezing, and we've been running in snow for months so... We had a different route this week, and it was a good one. There were sections where we were in pretty deep snow. The trails weren't so much as muddy, as wet. 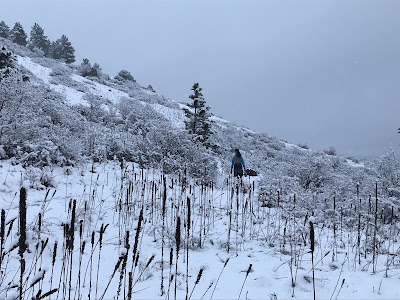 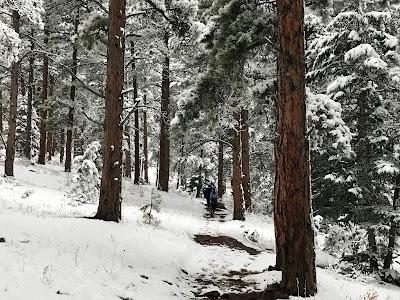 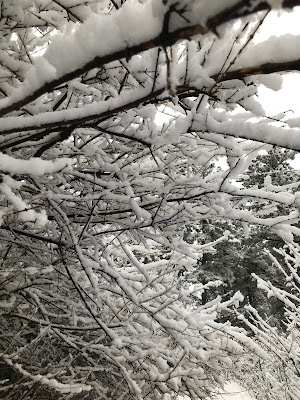 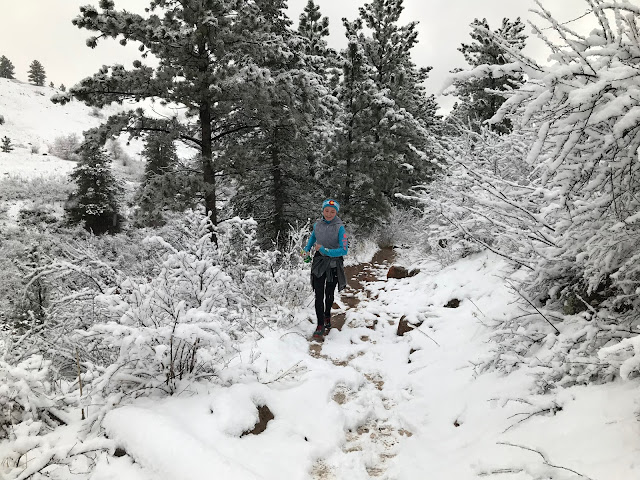 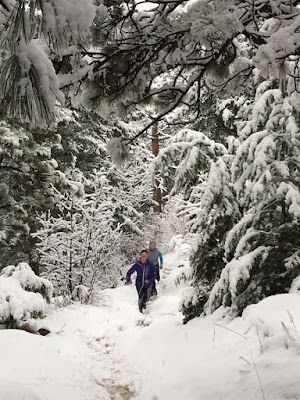 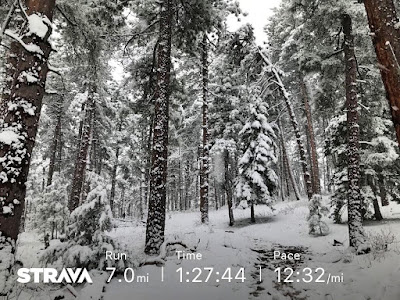 When we got back to the store it looked like our shoes were brand new they were so clean! Fun run.
Thursday (7,183 steps) - Barre with Sienna. Repeat of Wednesday, only this time it was rainy instead of snowy. A and I made the executive decision to skip run club and get burgers instead. 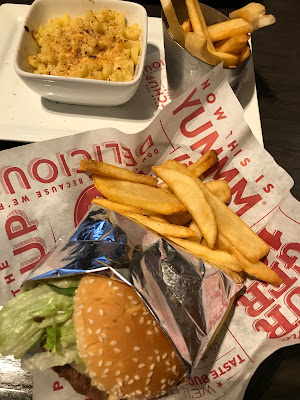 Friday (8,668 steps) - Nothing. Got off work early for Good Friday, grocery shopping.
Saturday (42,187 steps) - Runners Edge. I had run this route before and don't remember hating anything other than the distance. I actually had a really great 20 mile run, and I didn't even take any walk breaks. Pretty sure I even ran a negative split. 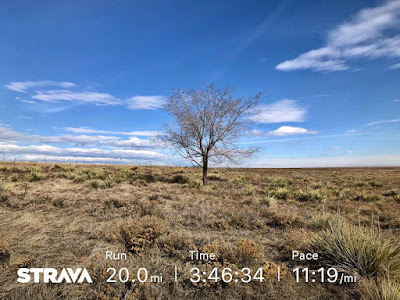 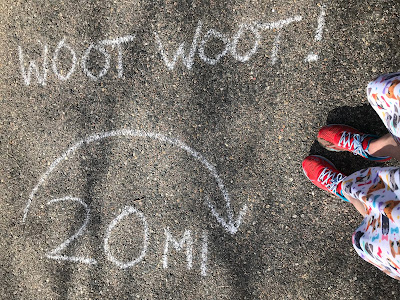 We stopped by Dulce's on the way home since we hadn't seen her all week, then vegged at home.
Sunday (18,641 steps) - "Slept in" until 7:30. Met up with folks at Lair o' the Bear for a "Wester" run. Maureen was there with Colfax so A stuck with her. Alison and I ran 7, and it was pretty great. I was able to run a lot more of the uphills than I have in the past. Way down was a bit muddy. 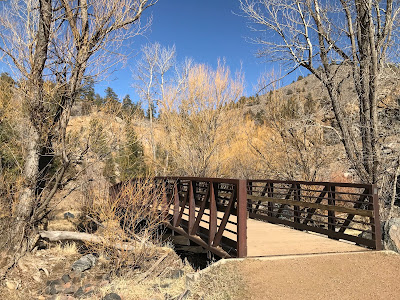 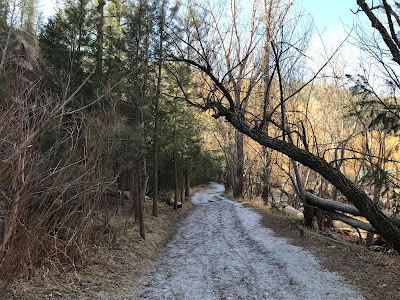 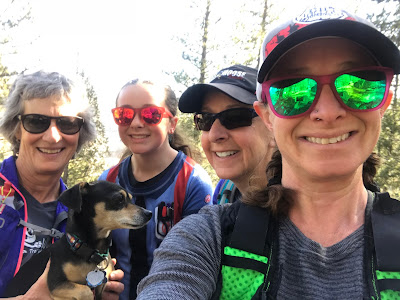 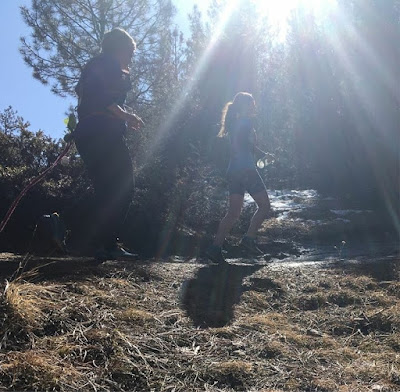 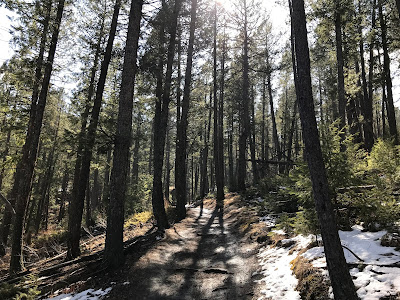 Home for a shower, then over to Rachelle's for Easter "dinner." They made enough food for 25 people, and I had a little of everything. Laundry and Walking/Talking Dead.
Monday (16,110 steps) - New Terrain run club is back! I felt like I really struggled on this run, so imagine my surprise when I PR'd a few segments, including the overall loop (by like 4 seconds). A totally crushed this run, and finished at a pace faster than I usually can run roads! It's truly amazing how fast she has gotten! 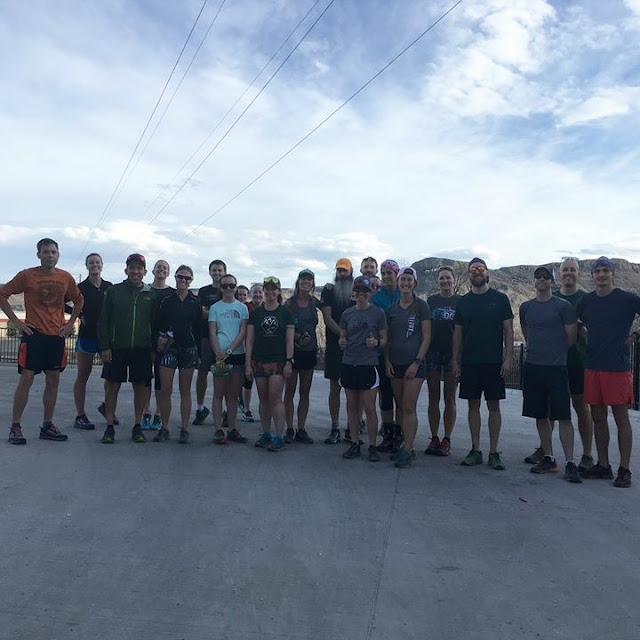 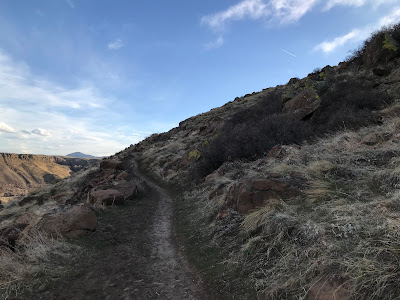 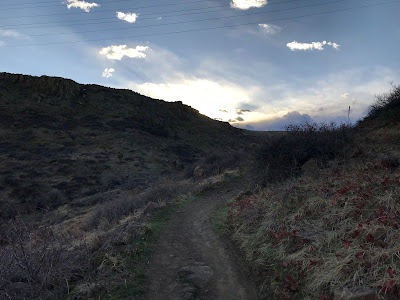 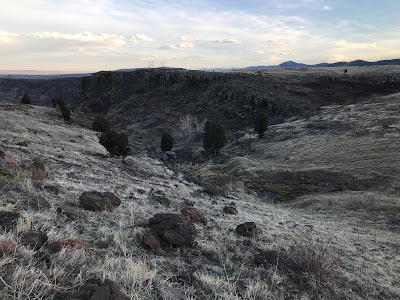