Tuesday (15,037 steps) - I had planned on taking a rest day. Tired from high mileage and this run is the least "race training specific." Turns out, perfect day for a break since we had record-breaking winds. Near us winds were reported at nearly 90 mph! Crazy!!
Wednesday (17,167 steps) - Roost Boulder! Ariel actually ran with me, mainly because she didn't get satellite on her watch before the run started. 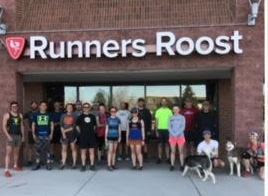 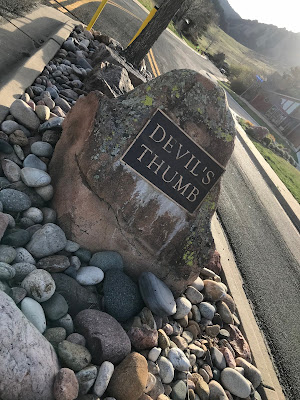 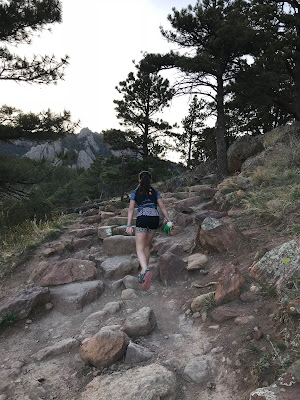 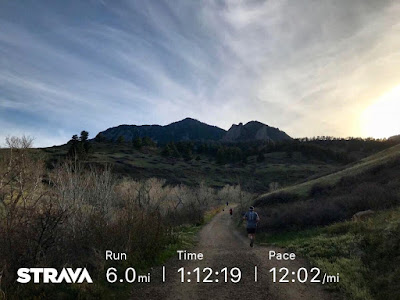 We had contemplated staying in Boulder for the Ultimate Direction event at Neptune, but went home to watch the season finale of Criminal Minds instead.
Thursday (19,462 steps) - A was spending the night at her friend's house, so I met up with Kristin for a run at Apex. I hadn't been there since last summer! I love this trail, wish I got out there more. 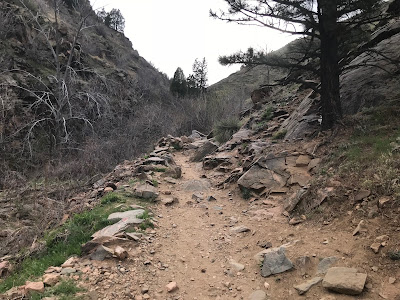 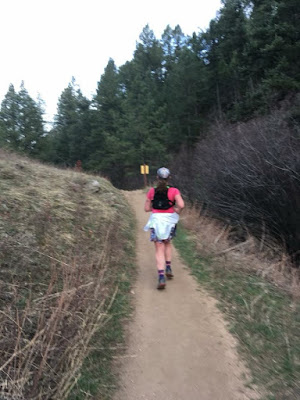 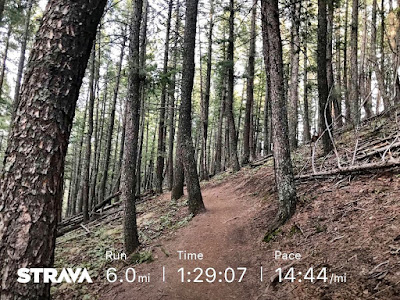 Stopped at Rocko's on the way home to say hi to Dulce.
Friday (8,548 steps) - Barre with Gabi! Nothing else, except finally finishing Game of Thrones!
Saturday (27,908 steps) - Up stupid early for Runners Edge. I had 14-16 on schedule and we had an alternate route because of the snow. It was a sketchy drive all the way to Englewood. Luckily, David was putting out my aid station flag right as I pulled up. Not sure I would have found it otherwise. Started solo right after Duffyroll opened at 6 (so I could use the bathroom). Probably my least favorite run of the year. Spring, heavy & wet snow. For the first time (ever) I ran with my hood on the entire time. I had to keep my hat on OVER the hood because it kept coming off. I called it quits when I turned around at my aid station, getting in just under 13 miles. 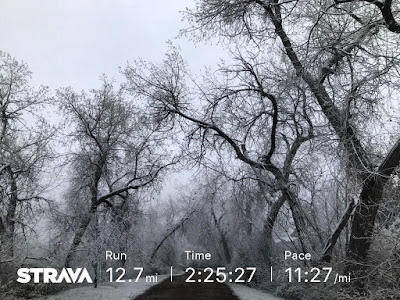 Headed up to the Stapleton Roost to meet up with the team, who had done a group run earlier. Spent a while there before realizing I was freezing and headed home.
Took an insanely long, hot bath. Batman and I took a nap on the couch. Grocery shopping and looooots of TV.
Sunday (28,028 steps) - With the trails super wet, Kristin and I opted to head to Boulder to do NCAR repeats on the road. This actually wasn't as terrible as I had thought it would be. This time we DID get in 13 miles. 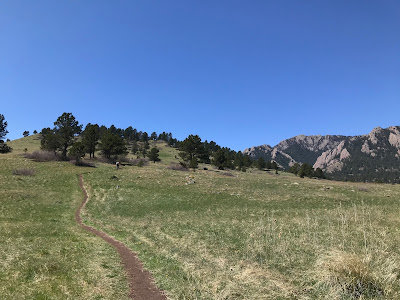 Grilled cheese & a beer after we got done. Then, I met up with Lisa for a beer on the patio. Insane what a difference a day makes in the weather. No recollection of the evening.
Monday (16,184 steps) - Barre express with Karen. New Terrain run club! I was tired and sore and planned on doing the regular group route. At the last meeting point before heading up to the summit, Elliott decided we should stay low because it was thundering. 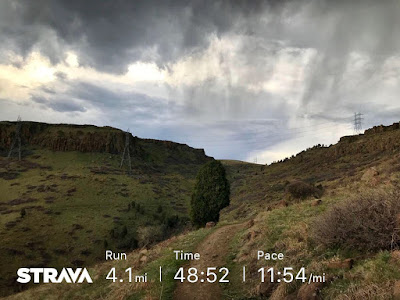 Good call, I managed to get rained on a bit during the last half mile or so. Stuck around to chat with Sean for a bit before heading home for dinner.