Tuesday (16,732 steps) - I had grand plans of running three loops at Sloans. Then I got off work late and was only to start a few minutes early. I had a great run, and finished two loops "super speedy."
Wednesday (18,489 steps) - Runners Roost Boulder! 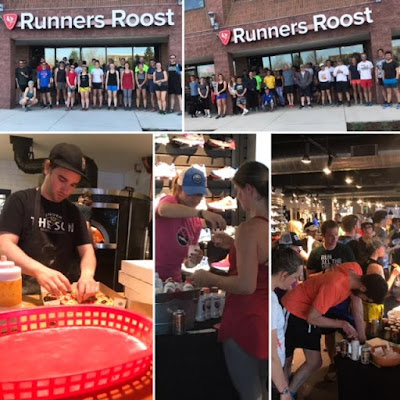 There were talks about adding a mile-ish of technical climbing that I was sorta down for, but then it was added that it would be "fast," which I'm not. I was still tired on this run, but once again, I finished faster than I thought I did, so that was nice. 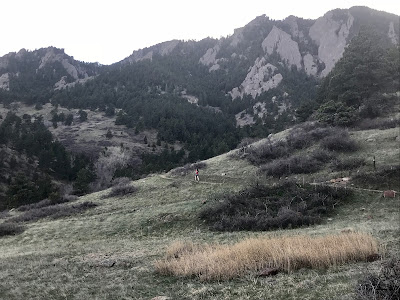 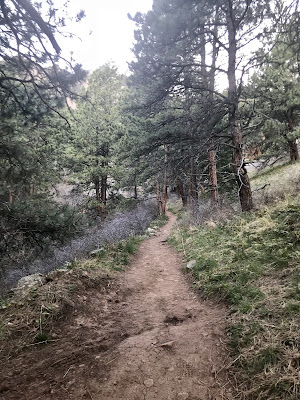 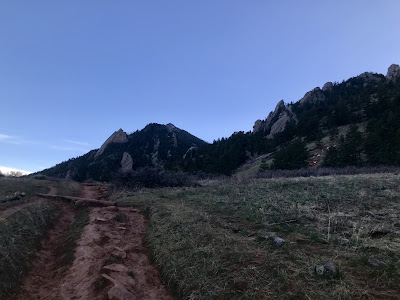 Thursday (14,432 steps) - Barre with Sienna. After work, Belmar run club. I ran with Mo and Colfax for the first time in ages, which really helped the miles fly by. This has been a big mileage week, and I'm definitely feeling it. 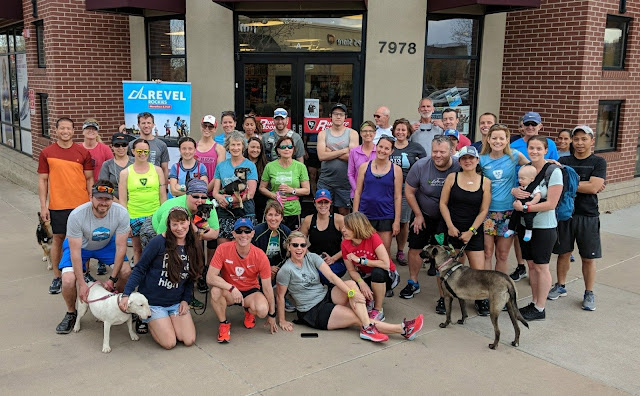 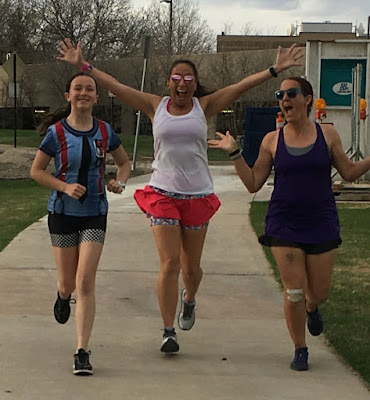 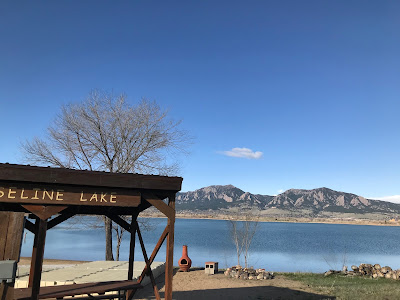 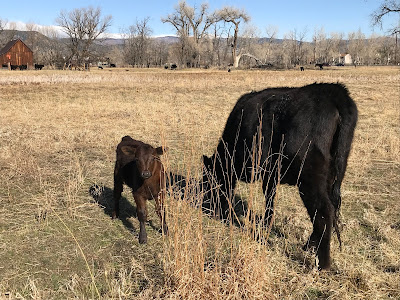 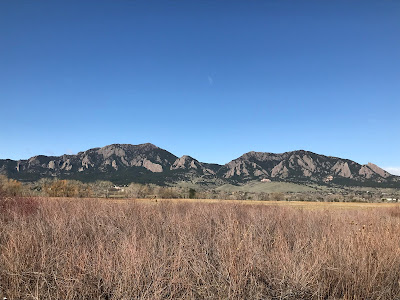 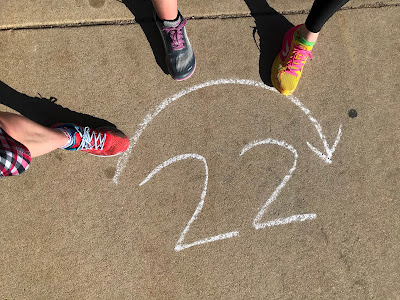 We went to brunch with Alexa and Under the Sun (using our $25 gift certificate from Stout Month). JT met up with us for the last half hour or so, crazy as usual. 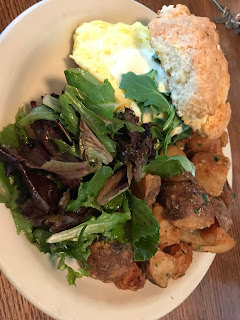 Then, picked up our aid station and proceeded to do nothing for the rest of the day, going to bed at 8:30.
Sunday (25,589 steps) - Left the house at 7:30 to drive to Deer Creek canyon for the Fear the Deer training run. I had only run out there once, for the race, back in 2013. I knew that there was a decent amount of climbing on this route. We had plans to do the 6-7 mile route. Unfortunately, Alison and I misread the map and ended up taking a lengthy detour. We ended up doing just over 10. Oops? 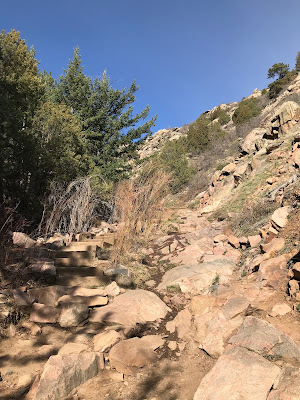 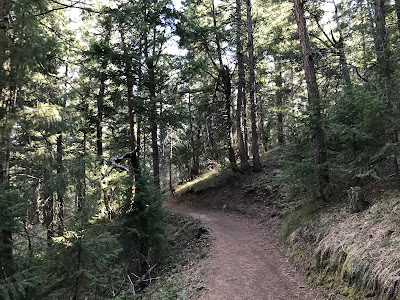 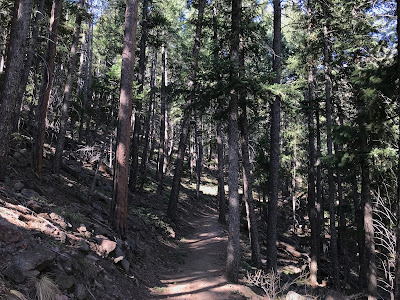 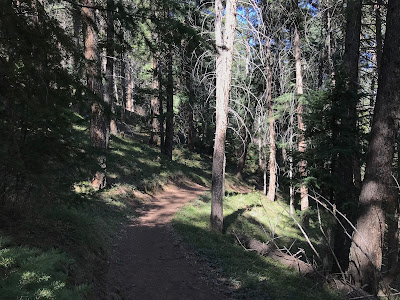 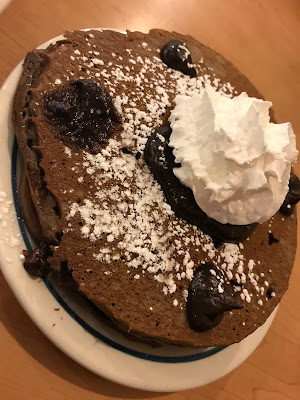 Went to breakfast at IHOP with Mo, quick trip to the grocery store, then A had to go to a scout meeting. I did some laundry, some yoga, and watched an episode of GOT. Then, Walking Dead finale.
Monday (25,672 steps) - Barre express with Karen. New Terrain run club! I had it in my head all day that I was going to do a big loop, and that's exactly what I did. I knew that sunset was just after 7:30 and assumed it was going to take me around 2 hours. I started just before 6, and finished right as the sun was setting. No falling, and actually, a decently "fast" pace for me. 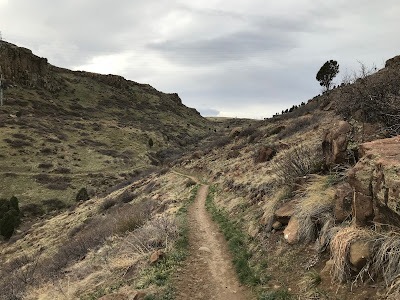 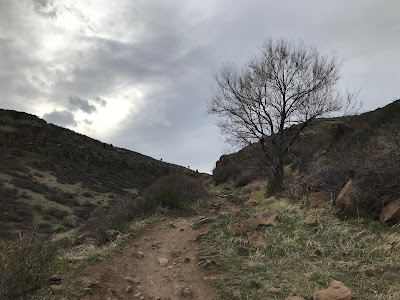 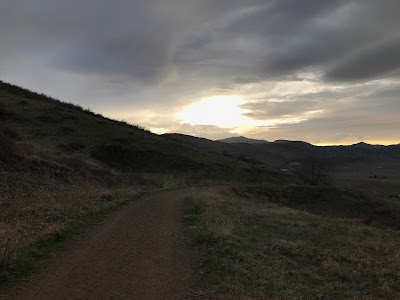 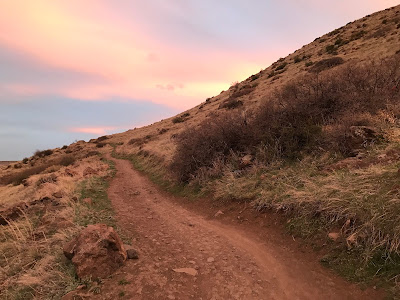 Meanwhile, A had a great time running with the group and Sean got some great pictures of her. 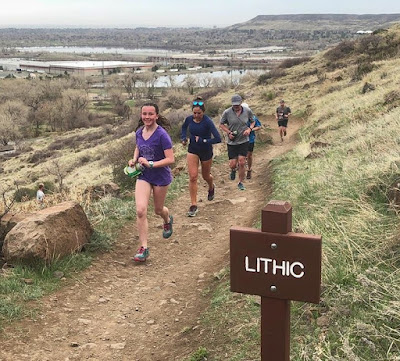 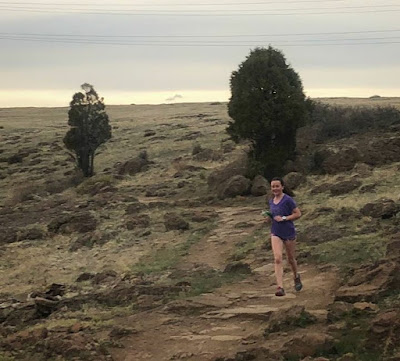 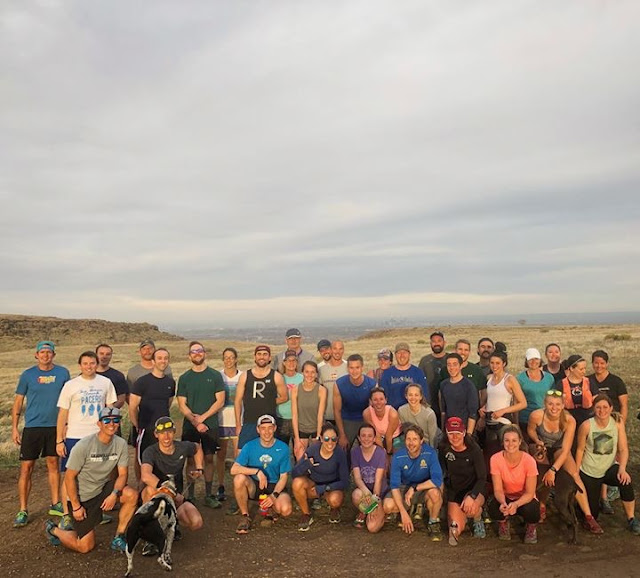 Becki bought me a beer and we had a great time chatting until we realized it was super late and we still needed to go home and make dinner. Fun night!!