Tuesday (15,659 steps) - Woke up to the news that A had a snow day. Immediately checked the weather hotline at my job and... regular schedule. Darn. Cardio & yoga stretching video and texting a few people to get a sitter for A so I could risk my life and go to work. 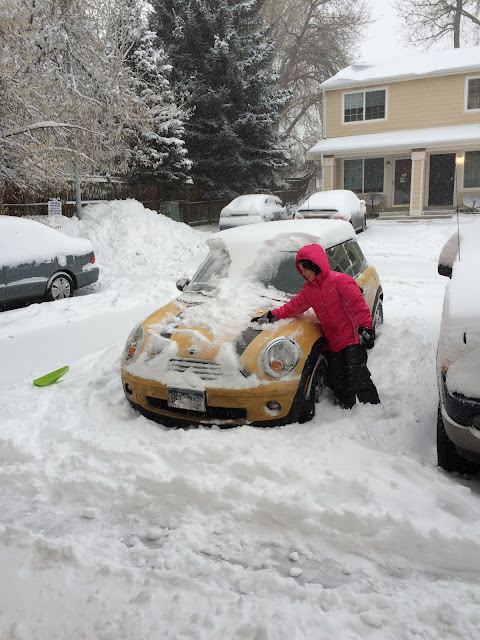 While the roads were horrendous, at least most people stayed home (wish I could have) so I was only a few minutes late to work. They did let us leave early as a result of incredibly poor road conditions. Ya think??
Wednesday (15,669 steps) - Did NOT get up and do a video. I was exhausted after dealing with the snow and traffic and snoozed until it was time to get up and go. Left the house allowing 30 minutes to drop A off at school before my dentist appointment. The roads were crap and it took 40 minutes for me to get there. My appointment only took a half hour, and then I was on the road for another hour or so to get to work. I am NEVER going to survive this winter. So awful!!! Left work a few minutes early to pick up A to go to run club. It was a Star Wars theme (which was fun). 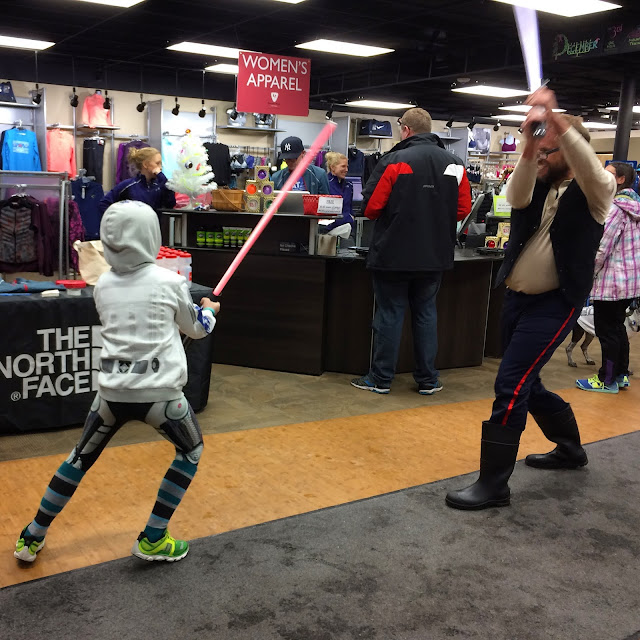 We didn't get there in time to do the group run, but there was also a "vertical climb" challenge. It was as awful as it sounds. 5 minutes at 15% incline. The first time around A challenged me. She was able to jog the entire time. I went out too fast and almost died, having to walk the last minute or so. After having some "Nothing Bundt Cake" red velvet, 2 pieces of pizza, a tiny grape nuun-tini and a beer, I decided it was obviously a good idea to try again because it was the only way Heather would do  it. Pretty much covered the same distance, but at least this time I jogged the whole time. After we got home we make peanut butter chocolate chip cookies.
Thursday (15,803 steps) - There was a HIIT video on schedule. I had zero desire to do HIIT, so I surfed around until I found an upper body video. Ah. Much better. After work I picked up A and we headed down to Belmar for the cookie exchange at the Lakewood Runners Roost. I had almost planned on running, but it was like 10 degrees and we were late anyway. We ate a billion cookies and then went to Rocko's (a delicious Mexican restaurant) for enchiladas and a beer. 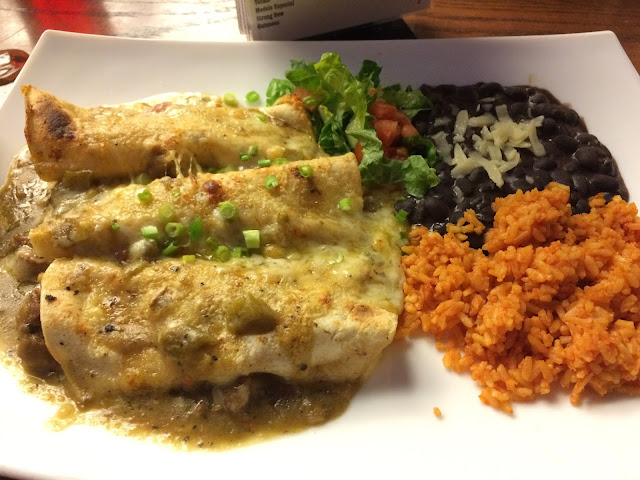 Friday (15,743steps) - I could NOT drag myself out of bed. I did a very short run outside - and I'm glad I did, because I got to see a really gorgeous sunrise.
After work we headed over to Jessa's house to celebrate Jackson's birthday. Pizza, German chocolate cake, bowling and Rudolph the Red-Nosed Reindeer karaoke. So fun!! Only issue was not getting home until midnight. I'm too old for this! 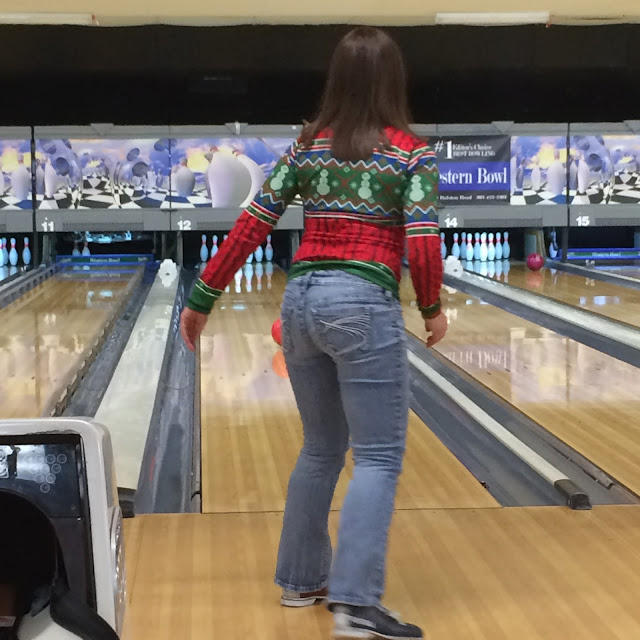 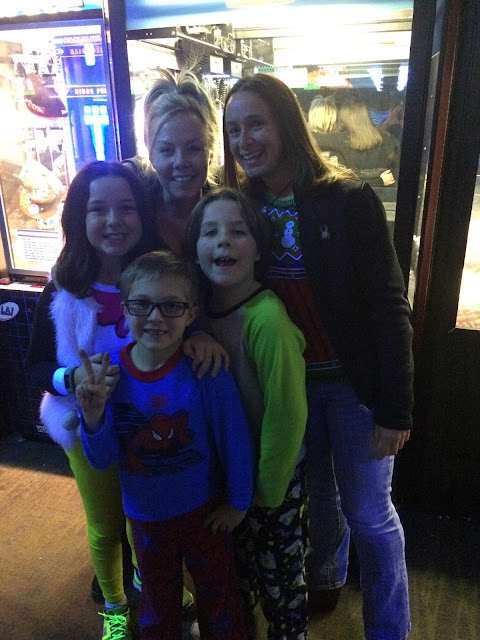 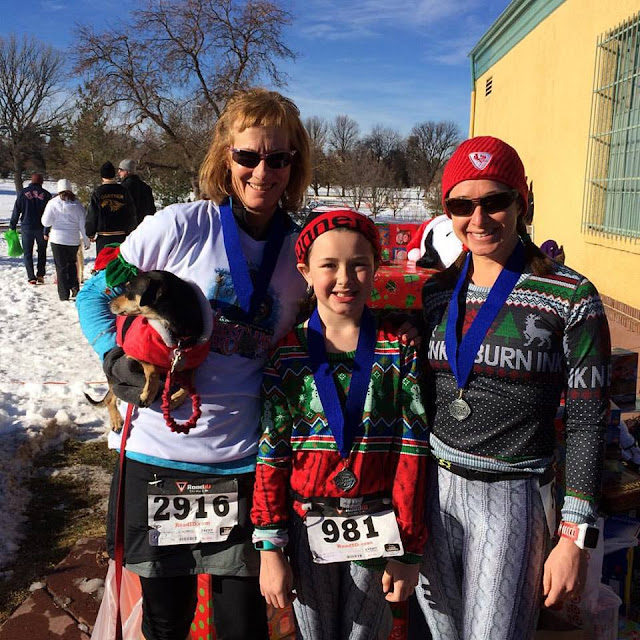 We went to Qdoba for lunch, and while I took a short nap A made Christmas cards. Then we headed to the airport for her trip to Texas. This is always my least favorite day of the year.
Sunday (27,794 steps) - It was a cold and gloomy morning, but I still went out and ran 10ish miles (after a TON of procrastination). 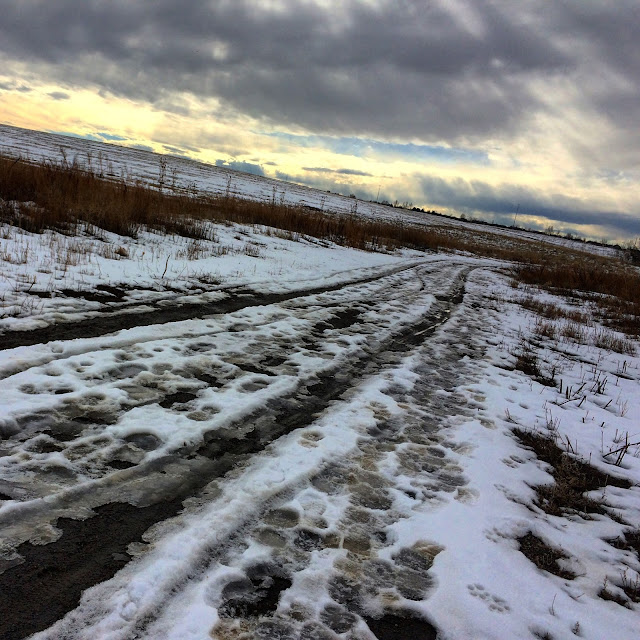 After I showered I went over to the Arvada Beer Company to sample chili in there cook off. There weren't too many options and after getting creeped out by an older man, I quickly headed home. I met up with my friend Amy for dinner and drinks at Chili's.
Monday (17,560 steps) - ZERO DESIRE TO GET UP AGAIN. I did a short run on the treadmill during lunch. And it was not the most fun. Legs were sadly pretty sore from my "long run." Womp. I hate not being trained. When I got home my friend Les (and his girls) were preparing our bedrooms for ceiling fan installations. I made a quick trip to get pho and then read in the basement until they were done working for the night (which ended up not being until after 8 pm).