Tuesday (13,877 steps) - A's last night before leaving for Texas to visit her dad. We watched Harry Potter. Again.
Wednesday (17,786 steps) - Up at a crazy hour to get A to the airport for her 7:30 am flight. Run club!!
Thursday (12,755 steps) - Didn't feel like going to the gym. Went to Jessa's house. Her and her boyfriend grilled veggie burgers and corn. Tasty!!
Friday (28,773 steps) - Up early to get to my parent's house by 5:30. My dad and I drove up Guanella Pass to the trail head for Mt. Bierstadt. At 7:00 am there were already a ton of cars and we had to park on the road. I had never actually CLIMBED a 14er (although the Mt. Evans Ascent in 2012 did put me over 14) and my dad had not climbed one in years. The weather was supposed to be decent so we picked an "easy" one. It took us just under three hours to get to the summit and there were probably close to 200 people up there. I have never seen a trail so busy in my life! We had a good time and neither one of us got injured.﻿ 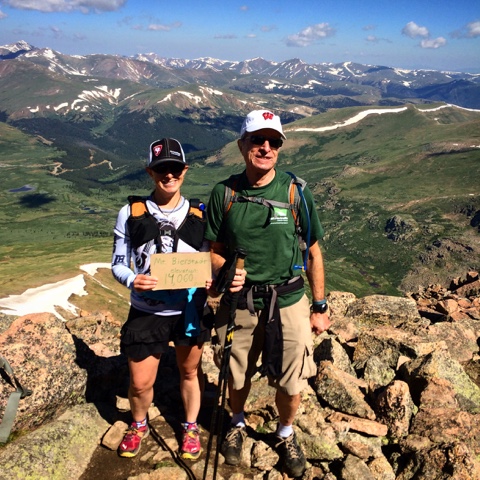 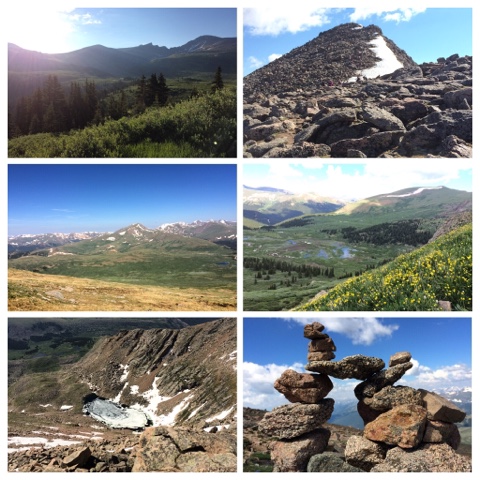 We went to Tommyknocker's for lunch. I had a delicious oatmeal stout and a cajun burger. The inspection of my house was happening in the afternoon so I went to Target to pick up some essentials and then hit up Yogurtland. Finally after 5:00 I was able to go home.
Saturday July 4th (29,475) - I have been so stressed with the house sale that I have not been sleeping well. I opted to sleep in rather than get up early to run. I had vague plans of running the trails but then it was already so late that I just went to Clear Creek. 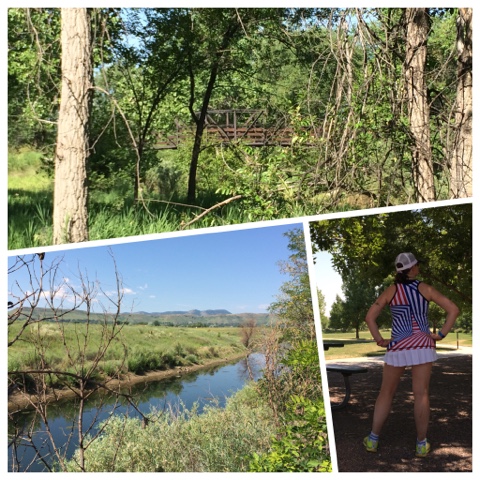 For a city path there is a decent amount of shade. It was still crazy hot and it was something like 88 degrees when I finished the 12ish miles. I got chafing from a Lulu skirt I've had for years. Guess that means I need to start watching the "diet" again? Womp. First party of the weekend was at Jessica's house up in Westminster. Same as last year, BBQ and fireworks, although I always head home early so I don't get stuck in traffic.
Sunday (16,953 steps) - So... same as the day before. I opted to NOT set an alarm and again stayed in bed too late to miss the heat. I didn't feel like doing much but went to Sloan's Lake. Ran one loop (2.7 miles) and walked a second one.﻿ 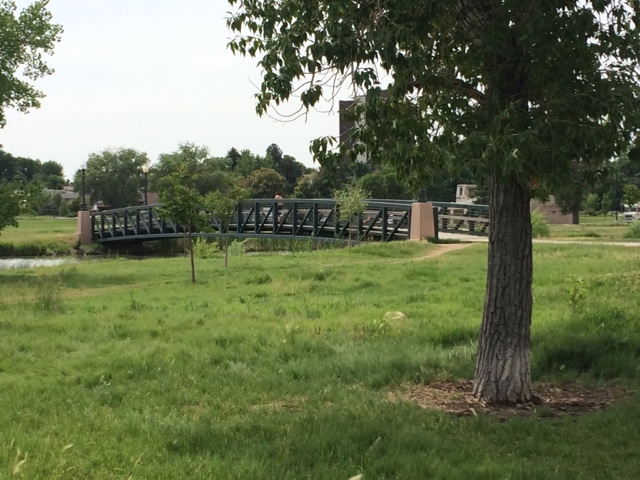 Second party of the weekend up at Heather's house in the mountains. It was nice to get away from the scalding heat of the city. More BBQ. Home relatively early - seemed like a REALLY long weekend.
Monday (10,274 steps) - Stressful day waiting for the results of the inspection. Got the report and it was a big bummer. Decided to skip the gym and went to get a beer with Lisa (who is moving to Florida in a few weeks).﻿ 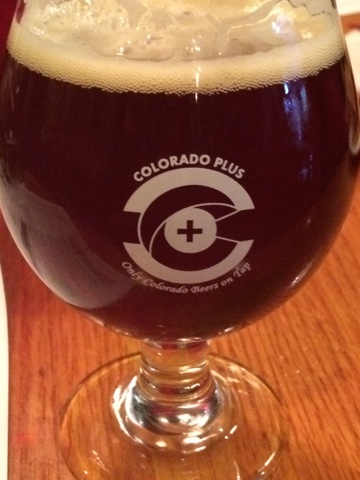