Tuesday (6,498 steps) - Not even sure what happened today that I managed to move so little. I do know that I picked up A at Sonya's house after work and then we went to Kristin's house for a "100 celebration." I was beyond impressed that she made pizza(s) in the shape of 100! So cool! 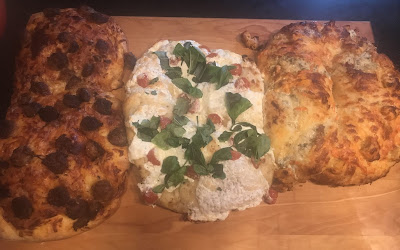 Wednesday (23,008 steps) - Core and PF360 Strength classes again. My abs were actually sore from the class I took on Monday, so the gym is doing exactly what I had hoped! Both classes felt a lot harder today. It's been a while since I got out of my comfort zone. Runners Roost Boulder! 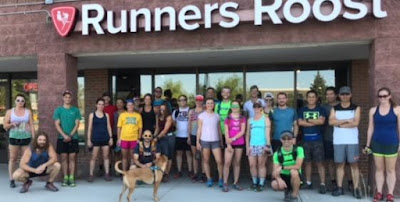 For the first time, my friend Liz (gal I met in Chattanooga, that has since moved to Boulder-ish area) came to run club! It was hot and sunny, but still a fun run (even though my right ankle was still sore). 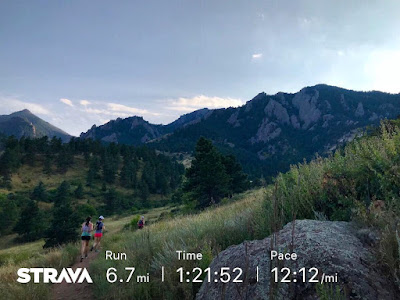 After, we had a cool presentation by Dave Mackey - enjoyable evening! 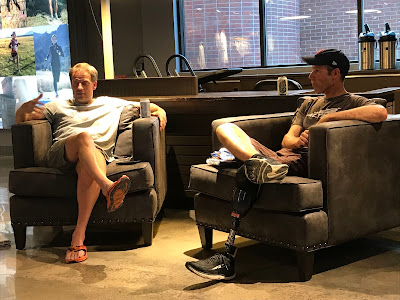 Thursday (10,951 steps) - Went to Berkeley Park. No running, but we did do a walk around one of the lakes before the presentation with folks about DNF'ing at Leadville. Another fun night, although we ended up being there a bit later than I would have liked for a weeknight. 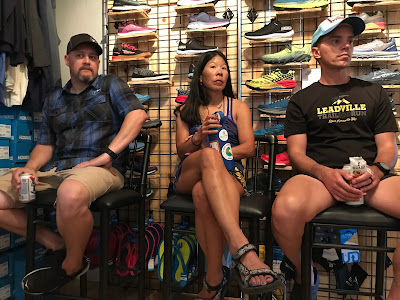 Friday (14,920 steps) - Dropped A off for camp on my way to work. Walked on the treadmill after work to get my steps for the day, otherwise, watch a movie and went to bed early-ish.
Saturday (39,012 steps) - Run the Rockies half marathon! 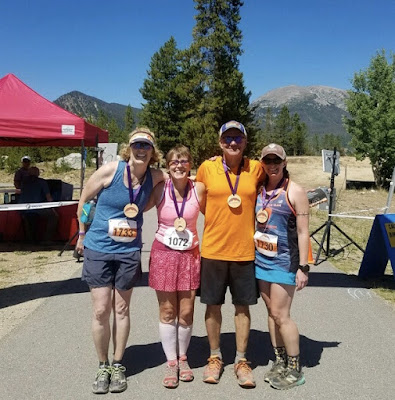 Once I got home, I took a shower and then tried to take a nap for a few hours before heading to Dulce's house for the "Taco Bout 5K." It was approximately one million degrees by the time we headed out. Zach, Dulce, Mo, Colfax & I all stuck together for most of the run. Collected our nifty medals at the end. 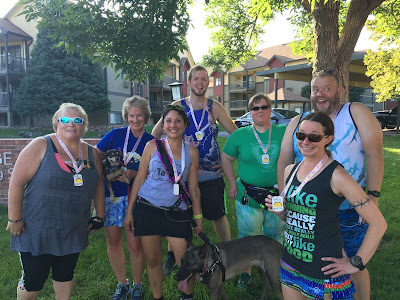 Stuck around for a single margarita and a tortilla-less taco before heading to Yak & Yeti to meet Jessa for dinner. Had a good time with Jessa, her cousin and son before we went back to her house for a nightcap. Latest I've been out in ages, didn't get home until 11!
Sunday (7,727 steps) - As much as I love being active, I also really enjoy doing NOTHING! Stayed in bed late (like 9:30?) and then watched a movie. I was also productive - I vacuumed, cleaned the kitchen & did laundry. Picked up A at Jan's house, then finished cleaning and organizing stuff that I had been putting off since last summer. We went to Sweet Tomatoes for dinner, then stopped at Home Depot on the way home so I could get a curtain rod for my medals. I finally ran out of wall space and figured I didn't need to spend so much money on actual medal hangars. It came out pretty nice, and was a LOT cheaper. 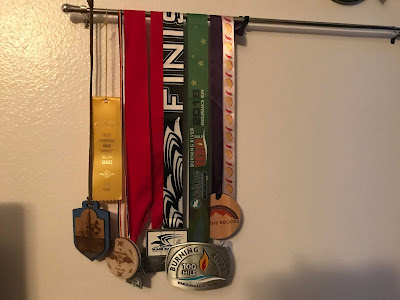 Monday (13,905 steps) - Core and PF360 Strength classes! It's so hard to believe that simple circuits are such good exercise, but I certainly feel it! Skipped our weekly trail run because it was BACK TO SCHOOL NIGHT. A is going into middle school (7th grade) and it was a chaotic adventure trying to find her locker and classrooms. It's going to be an interesting year for sure. 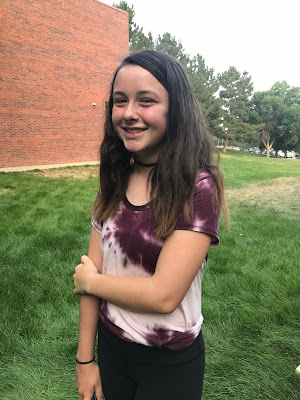