Tuesday (16,949 steps) - Barre Express with Gabi! Best class in a while, I was actually able to get through most of it. After work I met up with Lisa and Lucky for a walk around Sloan's Lake. We hit up Joyride for beers. They had the best food truck ever, I got a delicious burger and truffle sweet potato fries. Yum, yum, yum! 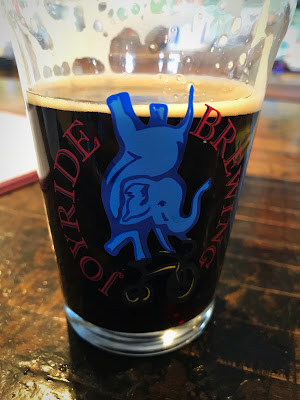 Wednesday (15,179 steps) - Work was "exciting." Our firm has moved to doing "group" annual reviews. Even though I have not been here for a full year yet (one year is next month), and I just had a review in February, I got another raise! Pretty sweet! That's where the "good" things stop for the day. I was in a fender bender on the drive to pick up A at her friend's house in Thornton. Thankfully there was no damage to the other vehicle, so no police or insurance. Lucy is a bit sad, however. We still went to run club, although we were late. A didn't want to run, and I had already missed the group so I drove to the trail head and planned to run the route in reverse to meet up (which I did!). Turns out, the one time I wasn't with the group is the one time they saw B E A R S!!! 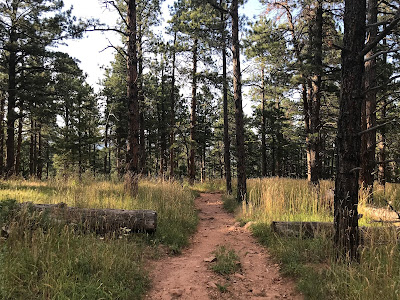 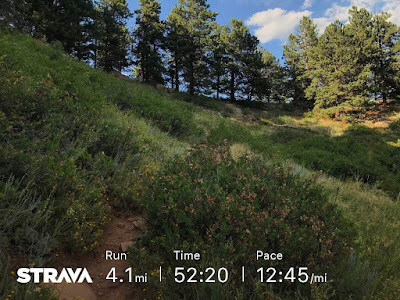 Went to Southern Sun after and had an entertaining evening listening to JT retell his Silver Rush experience.
Thursday (23,627 steps) - Surprise, barre with Gabi! (I have no idea why I signed up for a Thursday). Belmar run club, we walked with Ang. 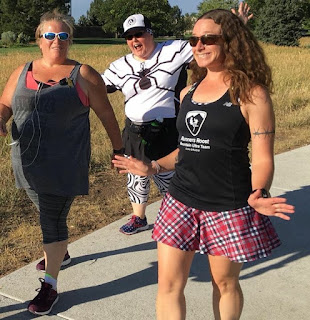 THEN, we drove down to Highlands Ranch to meet up with RER for a night trail run on the Chase the Moon course! To be fair, most of the run wasn't in the dark. Once the sun set it was actually very pleasant. Had a pretty great run, although we didn't get home until almost 10:30. 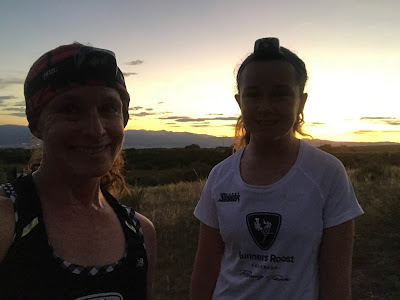 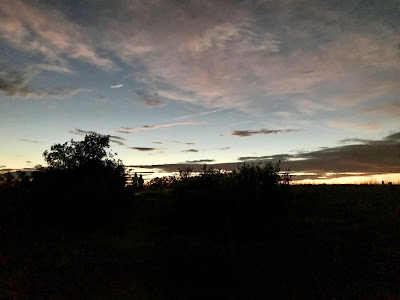 Friday (10,266 steps) - Nothing?
Saturday (38,509 steps) - Long run with Runners Edge. Was NOT looking forward to this one at all. It's been stupid hot and I had 16 on schedule. Lisa dropped down to my pace group again and we ran the first 8 together. I ran the back half with Alexa and Paul. It wasn't "as horrible" as I thought it would be, although I was fairly nauseous for most of the last few miles. 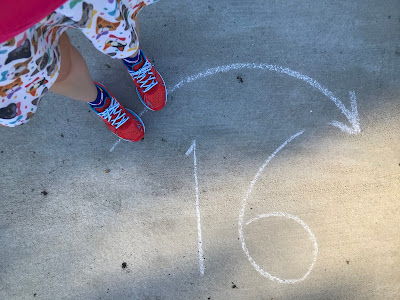 Stopped at Phil's shop on the way home for their anniversary party. Home to shower, met up with Lisa for our farewell lunch date. :( We hit up Tony P's for pizza slices and then over to Zuni Street for a new brewery. No dark beers, which was sad, but they had a nice patio with misters. We played giant Jenga and Scrabble before heading home so Lisa could clean :( 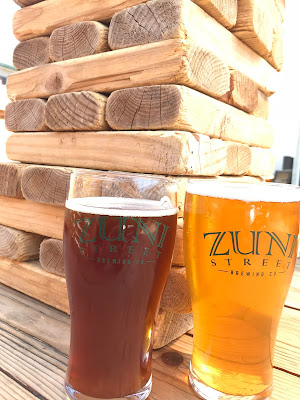 Back over to Berkeley in time for the beer mile. I had no desire to run and was put in charge of taking pictures. Fun night, including burros and a BBQ! 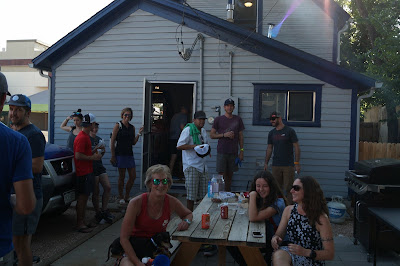 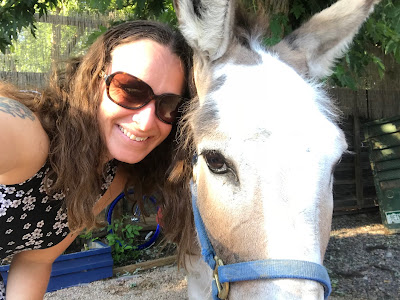 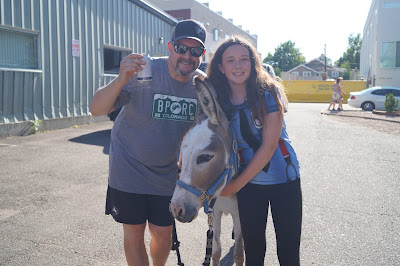 Sunday (28,722 steps) - No alarm set and I manged to sleep until 8:30. Headed out for my last double digit run. I was super pleased that it was overcast and "chilly" in the upper 60's. However, my first 5 miles were in a headwind (which is always miserable), and then somehow miles in the middle were also into the wind. Blech. 12 miles done. 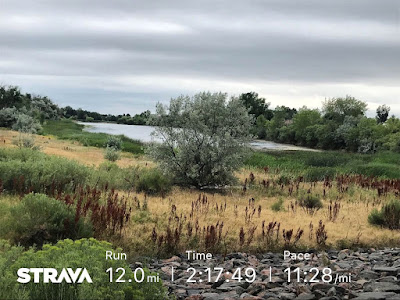 Sat around at home before heading to barre with A, Maureen & Ben. Went to Denver Beer after, and got caught in a torrential rain storm. Colorado weather, you so crazy! 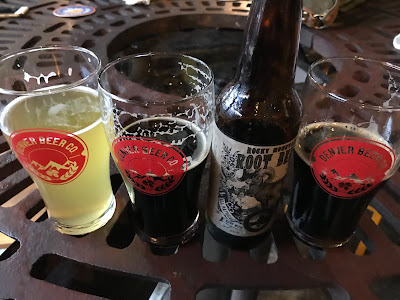 Monday (17,691 steps) - New Terrain run club! We hadn't been in a few weeks and it was a pretty pathetic showing. We started with the group and then at the top of Lithic we saw Paula, John & Mara, so we stopped to wait for them. I actually had a pretty great run! Stuck around for a drink before heading home. 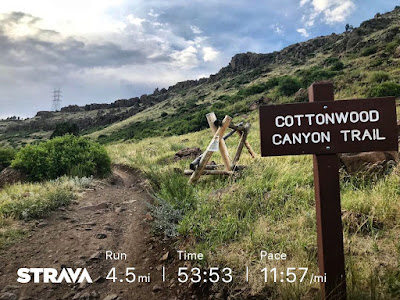