I love, love, love this event. I have run the half marathon a few times, but since my big race was coming up I decided to do the "smart" thing and just sign up for the 10K. A and I had some volunteer hours to cash in, so we both got comp entries, (so if you want to volunteer for Endurance Race Series events, know that for every event you volunteer, you get to run one for free!)

Maureen was also running, so we planned on meeting at her place at 5:45 for the drive to Golden Gate State Park. We left the house before 5:30, and got to her house right on time. The drive was somewhat uneventful, until we started the drive into the mountains. We saw a car on the side of the road with the hood up and I noticed there was a Runners Roost sticker in the back window, so I told Maureen she should turn around as I was sure it was a runner.

Sure enough, the guy was heading to our same race, so we offered him a ride. He was very nice (and not a murderer). We arrived at about 6:30, with our race not starting until 7:30, so we had plenty of time. We saw TONS of people that we knew, so the time flew by with talking and visiting.

We saw the half marathoners off around 7:10 (a bit of a late start, they were supposed to begin at 7), and then we lined up. 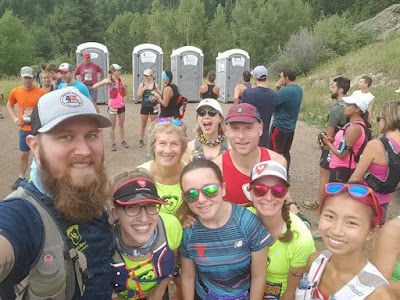 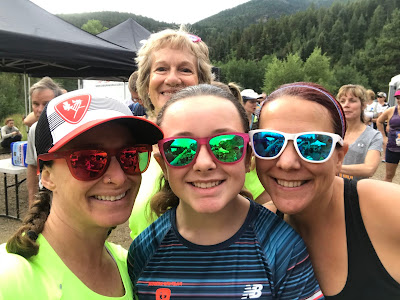 I planned to start in the back and run by "feel," meaning that I hoped to run well on the flats and downhills.

I can definitely feel/see a difference in my running with the last year that I've been doing so much more trail running. I was able to run the whole section until the first bit of single track without walking. I saw A ahead of me, but I was nowhere near the back of the pack. Even once we got onto the single track, I was able to still run quite a bit. Then we moved onto the wider ATV trails. 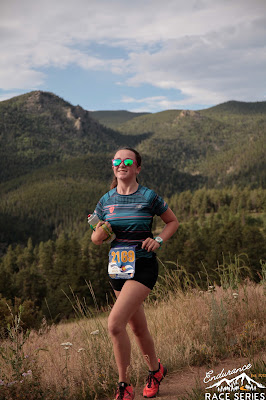 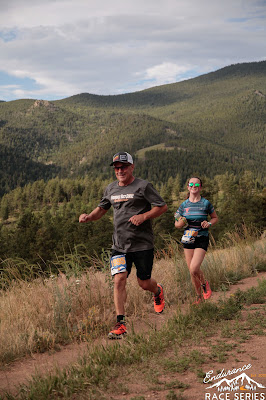 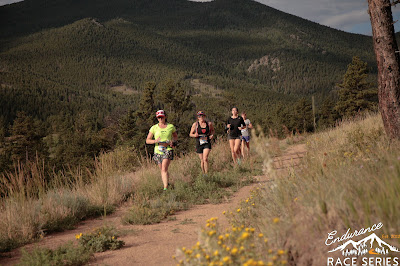 The faster half marathon runners were already coming towards us, and I clocked a pretty fast second mile.

I saw A and Tom coming toward me, and I was just a few steps behind Mary. There was the grueling climb that I remembered from running the half in the past, and then before I knew it, time to turn around!
The glorious downhill was then followed by a somewhat tough climb back through the aid station around mile 4. It was great to see Dan and Susan volunteering! 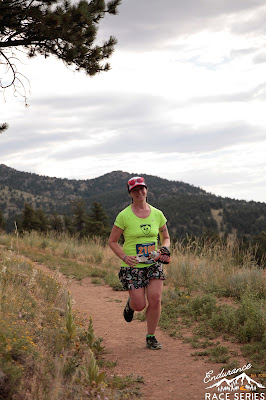 Then we ran back to the finish, turning off just before the chute for an out and back to get us to the right mileage. This section was tough because the faster half marathon runners were coming into the finish (yes, already) and then the 10K people in front of us were coming back down. The trail was narrow in this section, so not my favorite.

I was really really pleased with how fast I actually ran this! 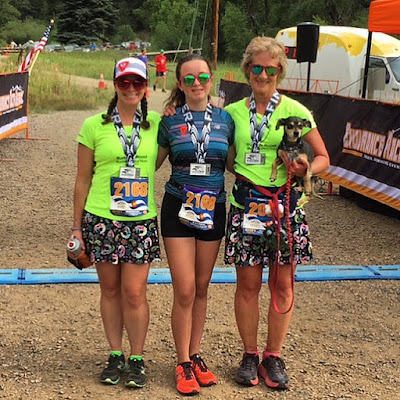 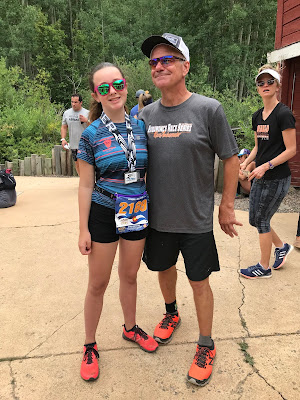 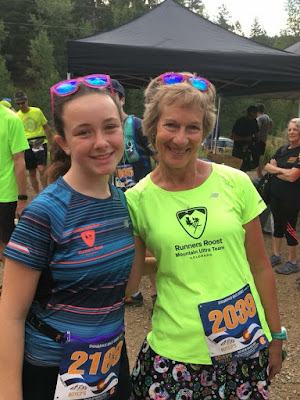 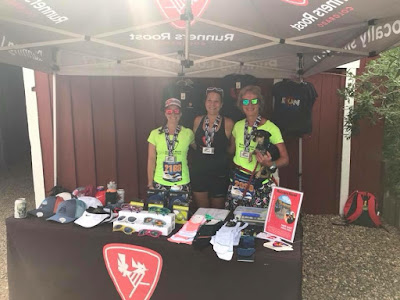 We stuck around at the finish until almost everyone was done. On the drive back down we dropped Dan off at his car, and it started, but as we were following him down the hill it died again. I ended up driving him home and he was going to get a ride back later to deal with it.