Tuesday (8,904 steps) - Barre with Kelly. GABI WAS IN CLASS!! I heard a rumor that she was coming back to teach, and it appears to be TRUE!! Cookie booth after school/work, so no run.
Wednesday (17,862 steps) - Roost Boulder run club! 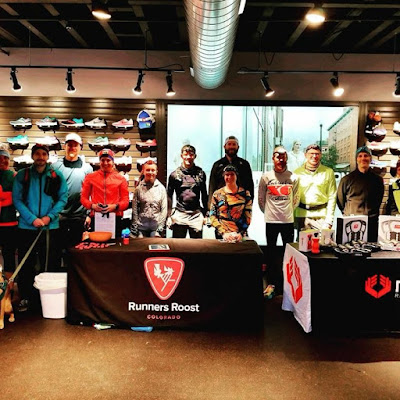 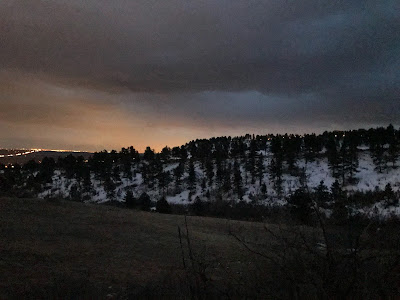 My legs felt like lead. Probably not the smartest to take barre classes two days in a row after a 10-day break. Back of the pack again, but it was a fun night on the trails. Under the Sun after for the finale of Stout month and our last night selling cookies there. 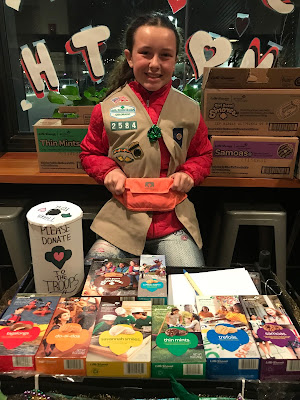 Home late. Again.
Thursday (13,310 steps) - Found out after I had already taken A to school that I would need to be picking her up after school, so she came back to the office with me. Belmar run club! 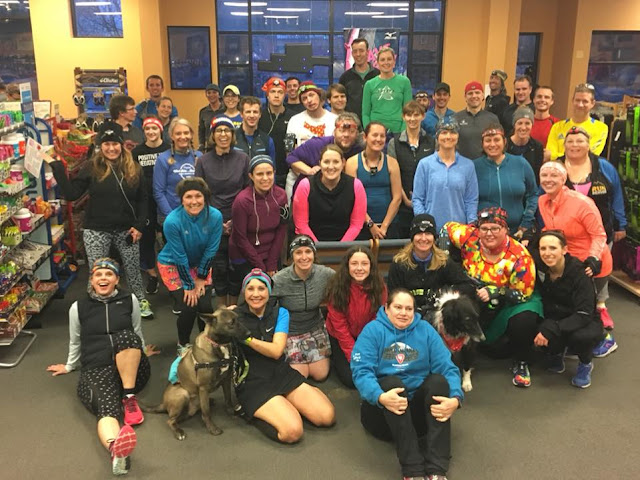 The park is STILL closed, so we had to just do an out and back on Alameda. It wasn't as bad as I thought it would be, but still tired.
Friday (8,488 steps) - Barre with Sasha. Went to lunch with Jessa. Went to Berkeley Park for the Friday speaker series. It was a great event, and we were able to have "dinner" there (snacks) so I wouldn't have to cook at home. Finally got packed.
Saturday (10,764 steps) - 2 mile run with A by the lake. 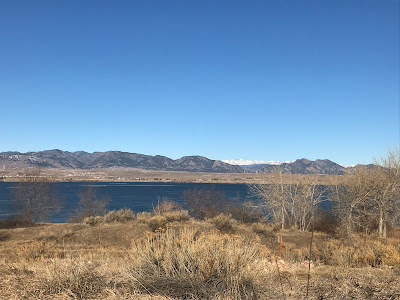 Loaded up the car and drove down to the French Press for Jeff & Kevin's baby shower. We were only able to stay about 40 minutes, but it was great to see everyone. Then, it was on the road for Moab. We stopped in Fruita at a new brewery - Copper Club. It was nice and sunny, but way too windy for the patio. 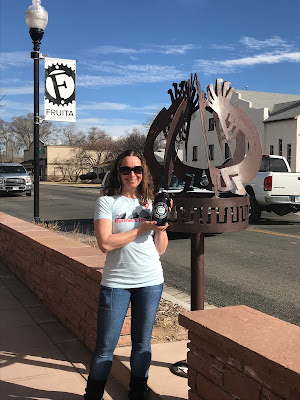 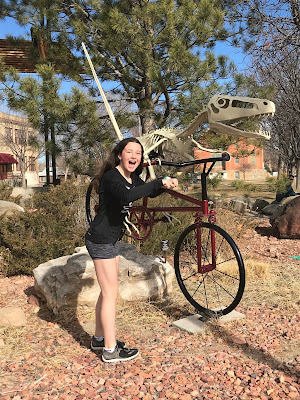 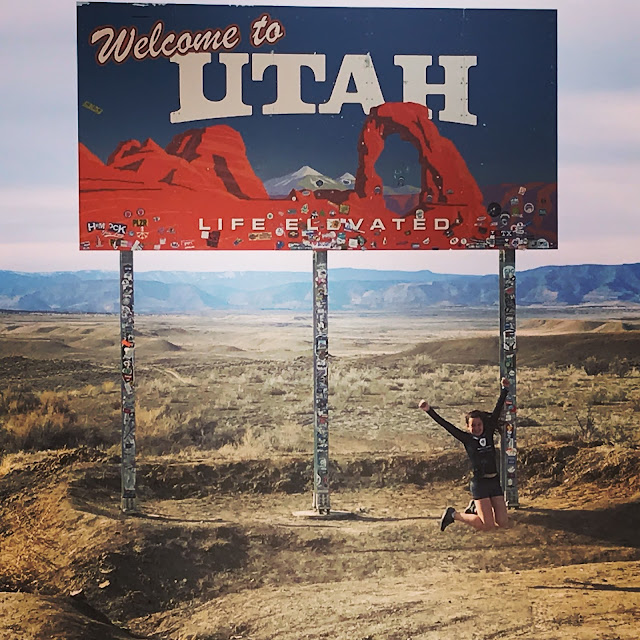 Opted for the scenic drive in, and stopped at Fisher Towers, although we had no plans of doing the full hike, mainly because of the crazy wind. 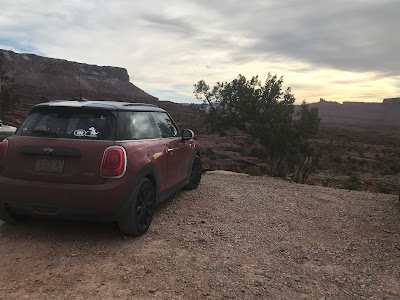 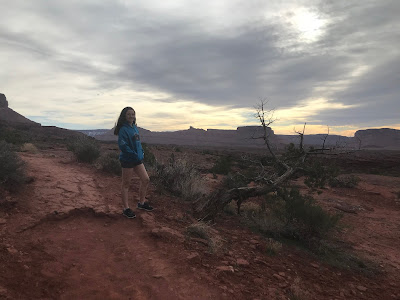 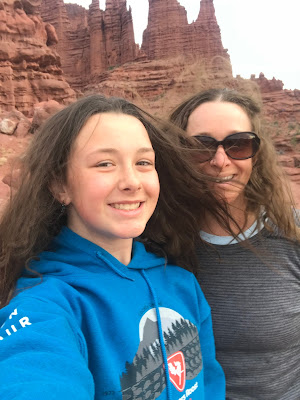 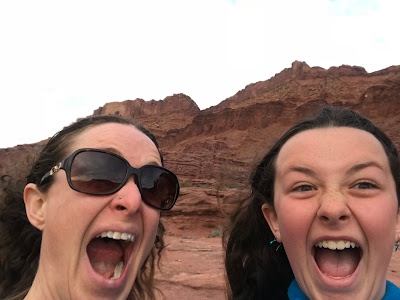 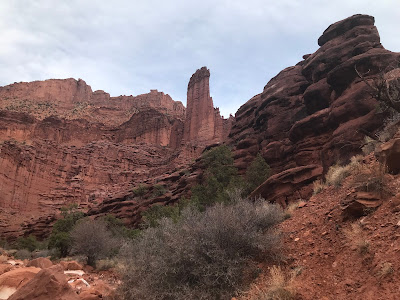 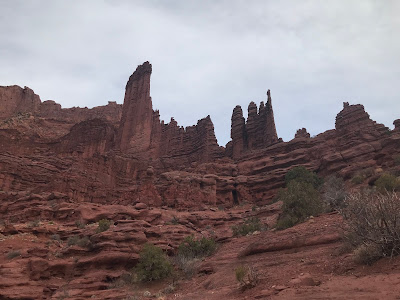 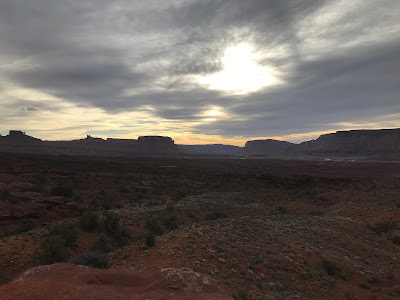 Drove into Moab, got gas, then dinner at the brewery. Checked into our hotel, then it was some downtime of tv. I had the hardest time falling asleep, as the walls were paper thin. Probably midnight before I dozed off.
Sunday (33,574 steps) - Moab spring trail run! 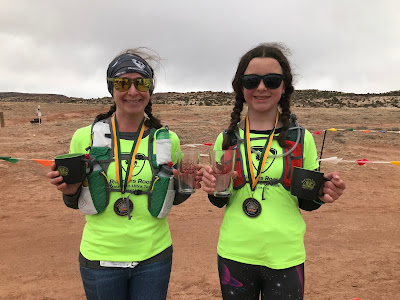 We started the drive back to Denver at 11:30. I was really hoping that we would beat the forecasted storm, as I wasn't sure how Lucy would do in the mountains with snow/ski traffic. Sadly, we hit bad weather by the time we got to Fruita. The next 5 hours was spent in ugly snow/wind on the highway. Thankfully, there were no major wrecks or accidents. We had to stop at the grocery store, then picked up Torchy's for dinner. Walking/Talking Dead.
Monday (7,216 steps) - Barre with Karen. We had our last cookie booth of the season - which was miserable with FORTY (yes, 40) mph winds. Great news is that she exceeded her goal of 750 boxes, selling a total of 1,062. Woo hoo!!