Tuesday (11,479 steps) - Up early to get A to student council. Barre class at lunch with Laura. 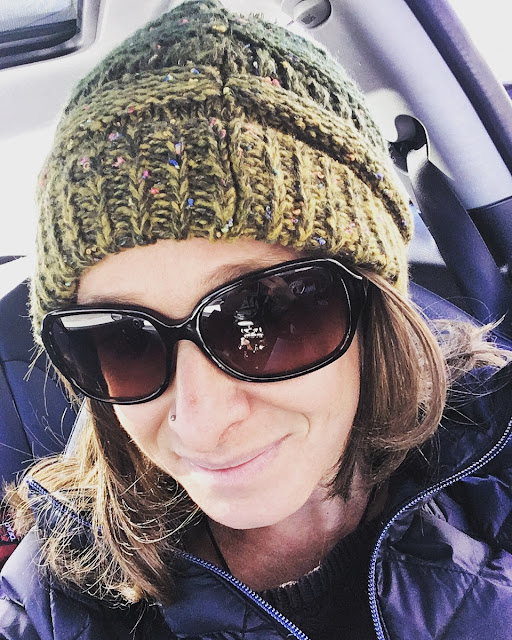 A had gymnastics after school and I got her a new leotard. It was a deal at only $25! We stopped at the grocery store on the way home and then wanted to get dinner at Torchy's Tacos, but they were "unexpectedly" closed. Womp. Very late dinner.
Wednesday (15,549 steps) - First real snow of the year. A got up before me and shoveled the walk and lot and scraped off the car. THEN, she made eggs for breakfast (and did dishes). Seriously, how did I get so lucky with this one? The commute was wretched, I was 15 minutes late into the office. Deep freeze all day, with temperatures hovering around 10 degrees, so I didn't even get outside for a walk break. We still went to run club after work. Mo came a bit late with Colfax, we did a small loop just to get him out. It was slick (A fell twice) and COLD. 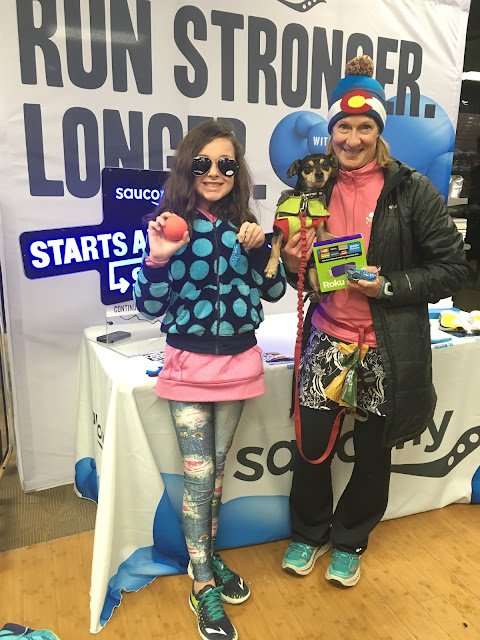 I immediately went in and asked Amy what the warmest tights were - the ones I have just won't cut it in single digits. Brrr. Once at home we set up my new Elevated Legs that (finally) came. Man, these things are so great.
Thursday (9,663 steps) - Finally, finally, FINALLY, the Runners Roost team was announced! Happy to say that even A made the team (as an honorary member). 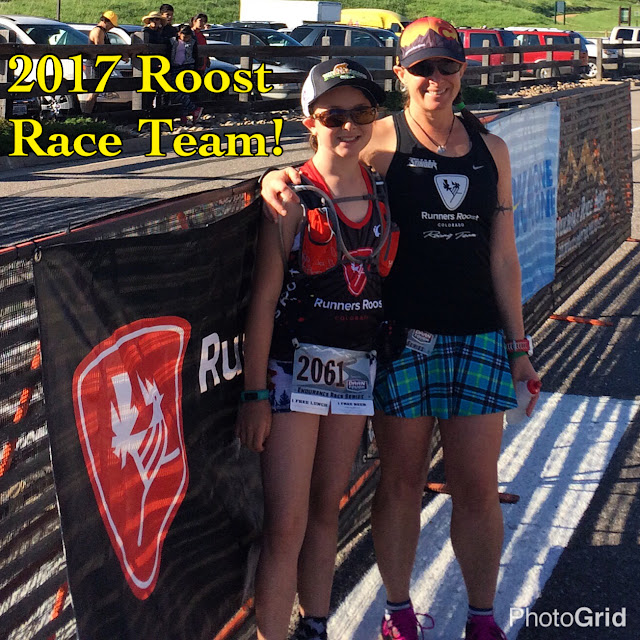 After work we went to a Trail Sisters event - it was a lot of fun to see everyone. 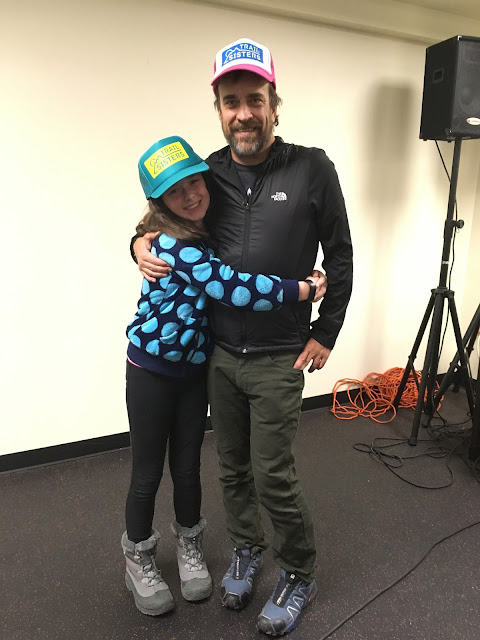 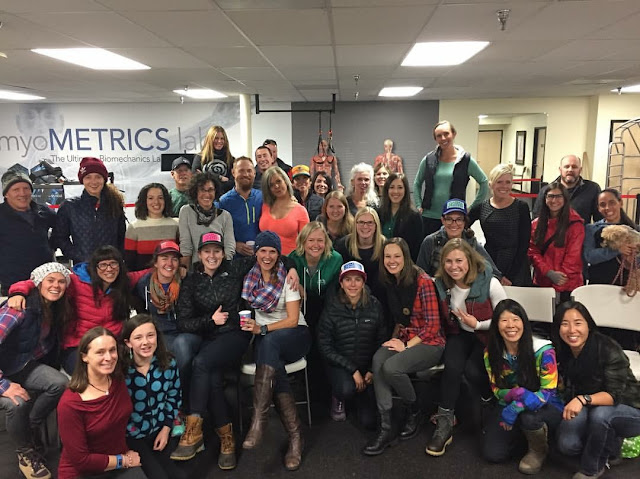 Then we stopped by Rocko's on the way home for nachos and a beer.
Friday (12,807 steps) - Took Bee Rad in for an oil change and walked into work. Annoyed that I got a parking ticket because their lot was full - at least they cut me a deal on the oil change. I did, however, also find out that I needed new brakes. OF COURSE I DO. After work A and I went to her Girl Scout mystery dinner. A has gone every year, but this was the first time I joined her. It was fun to see the weird combination of foods. Kids were pretty goofy.
Saturday (21,929 steps) - Got to Runners Roost in Lakewood just before 8 for the Runners Edge Toys for Tots run. I had not really run since the marathon and I was hoping to run about 10 miles. It was a lot colder than the forecast had said, so I only did the big 7 mile loop (and I was FINE with that). 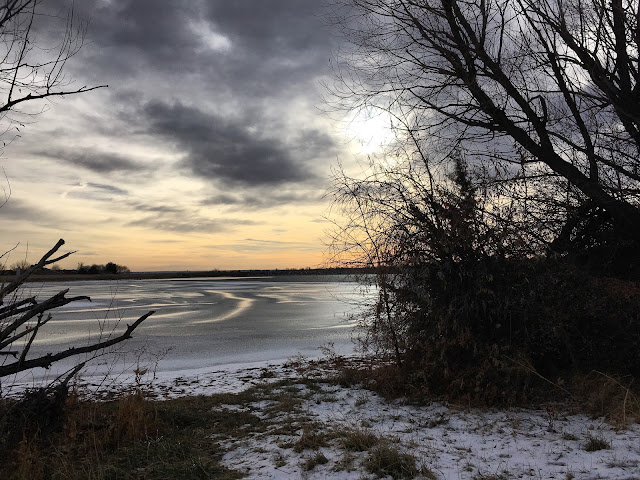 Did more shopping (ugh, 40% off if I bought 2 or more apparel items?) and then went to the Egg & I with Mo for breakfast. A decided that we needed to rearrange the living room so that we could both sit in the recliners. This took most of the afternoon. At 6 we went to Jessa's house for pizza and cake before going bowling for Jackson's birthday. A LONG NIGHT, I was up until almost 1 am!
Sunday (13,799 steps) - Somehow I was actually able to stay in bed until about 8:45. We went to Torchy's Tacos for breakfast and then went to Just Brakes to get my car done. Long story short, it took 3 times as long as I was quoted and cost $100 more. I hate everyone. Squeezed in a short, chilly loop around the neighborhood - don't I look festive? 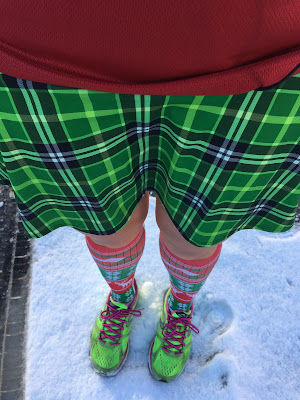 Went to barre and then Denver Beer for a drink. Lisa met Heather and Mo and I there, so that was fun. Picked up Tokyo Joe's on the way home and then watched the fall finale of Walking Dead.
Monday (13,101 steps) - Ate a million cookies at work. One of the attorneys hosted a cookie exchange and brought in dozens of various holiday cookies. Being the only person without any self-control meant I ate them ALL.DAY.LONG. And then got a cookie hangover. After school/work we went grocery shopping at Target. I randomly decided to make chimichangas, and thankfully, A liked them.