Tuesday (20,951 steps) - I had 7 miles on schedule. Like last week, the whole run was MISERABLE. Instead of doing 7 I did 5, SUPER SLOW. The best part was opting to skip the sidewalk on the way back and jumping on the trails. After work I took A to her first archery lesson. She had a great time and is looking forward to taking more classes. 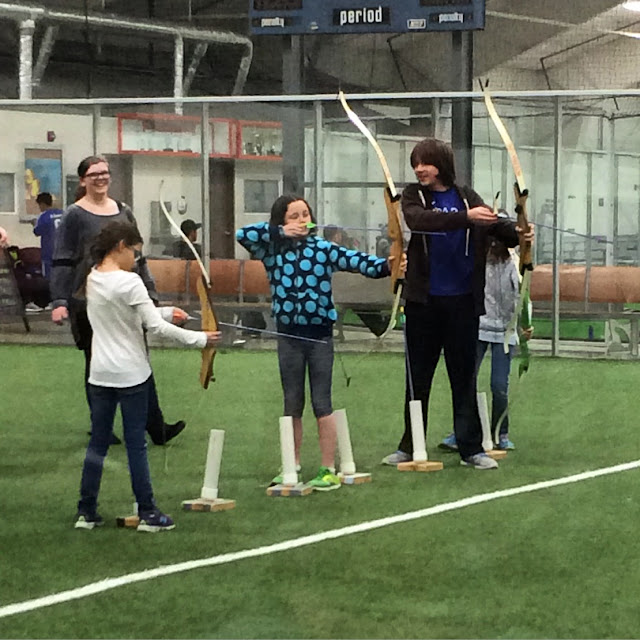 We went to Sweet Tomatoes for dinner since it was after 7:30 before we got out.
Wednesday (11,140 steps) - Beyond unmotivated. I opted to sleep in and skip my run. The last few weeks have been rough, and I determined that I would benefit from rest more than junk miles. We did go to run club though, and I ran for a few minutes with Heather. Great time at Runners Roost and I was able to give away a few entries to the Westminster trail races, thanks to my ambassadorship! My discount code ERSRACE3 gets 15% off any of the races, INCLUDING the season pass - if you're super motivated. Visit www.enduranceraceseries.com and sign up today!
Thursday (20,420 steps) - 6 miles on schedule, and my day off didn't really do much for me. It wasn't quite as bad as Tuesday's run, but I cut this one short as well and did 5, with a few mile on the single track by the lake. I am a little sad that daylight savings is so soon, I enjoy it being lighter in the mornings and seeing the gorgeous sunrise over the lake. These were just a handful of the pictures I took during my "leisurely" stroll... 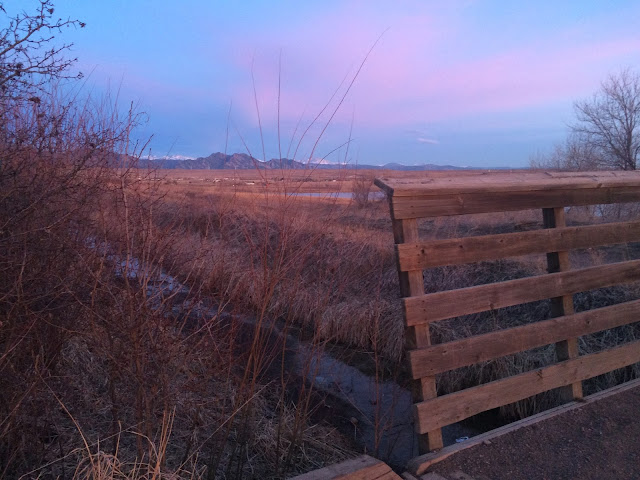 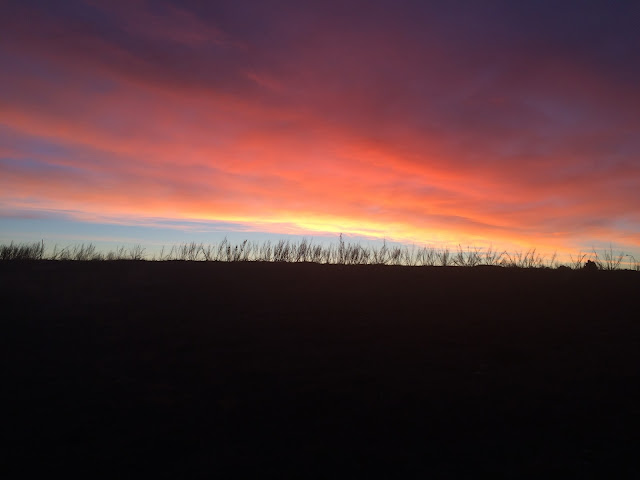 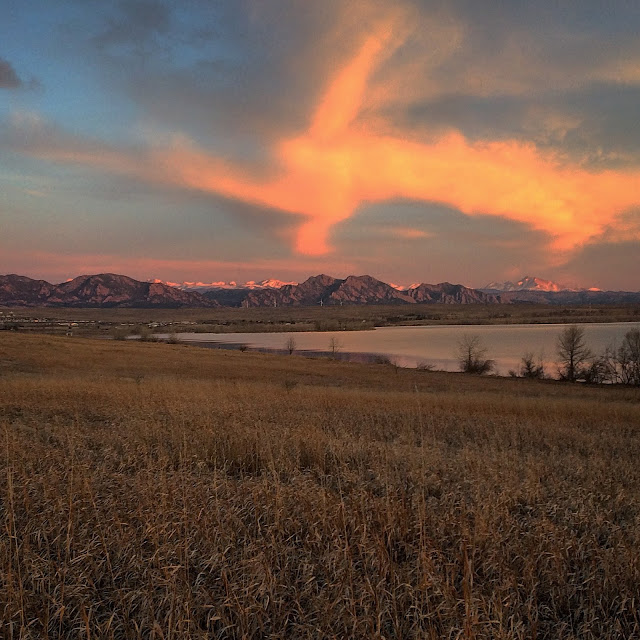 Got my oil changed during lunch at a place near my work. So much more convenient than going to the dealership.
Friday (16,999 steps) - Another much needed rest day. I did, however, get up and do a strength and pilates video. This one was ridiculously challenging, which clearly means I need to do more of these exercises. A had her VERY LAST cookie booth of the season. Her final cookie tally is over ONE THOUSAND boxes!!! 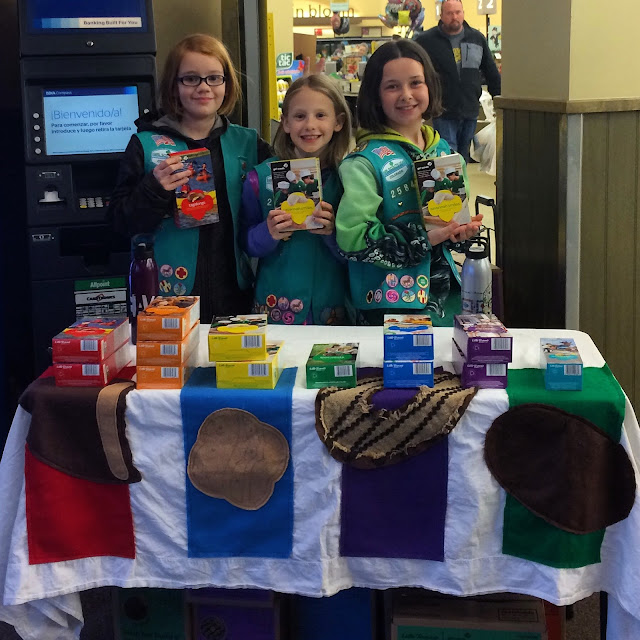 Then we headed over to Red Rocks for her art show. A's oil pastel landscape was selected as one of only two 4th graders. 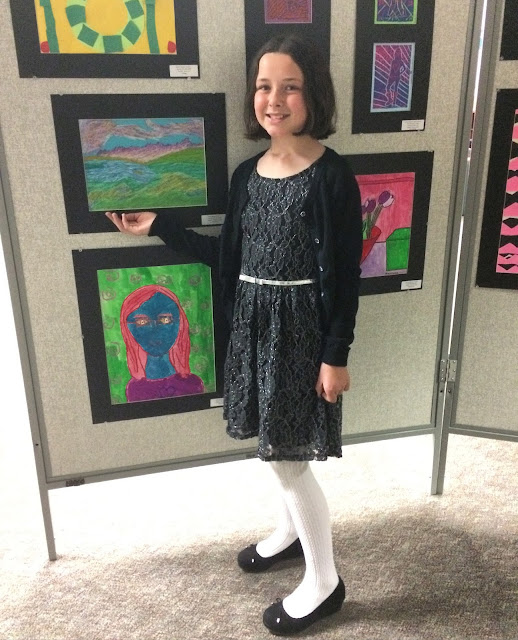 It was pretty neat seeing all the artwork hanging up in the college. Lots of really talented kids out there! We went to the mall afterwards so I could pick up some new sweaters for boring work and to eat Qdoba.
Saturday (16,382 steps) - No training run on schedule! Even though I did NOT need to be up early I was still up before 5. Womp. A and I went for a quick run by the lake so I could test out my new pack. 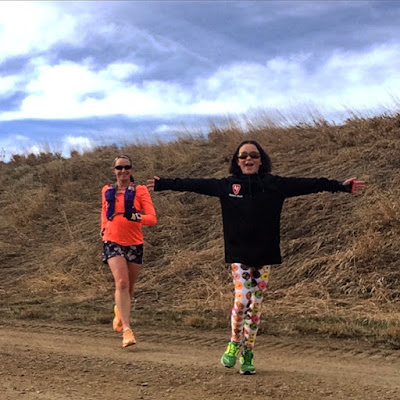 Then headed to Comcast to exchange out my cable box, which was surprisingly easy. We had plans to meet up with Heather to plan our spring/summer travel, but headed to Roost to try on some new shoes and pick up a few new tops. We went to IHOP for pancakes, then spent the afternoon booking travel. So excited! Dinner at California Pizza Kitchen and some window shopping before heading home. Hoped to go to bed early, but ended up being on the phone with Comcast for over thirty minutes because my new box isn't getting power either. Arg.
Sunday (34,336 steps) - That Dam Half (and 5K) - recap to come. 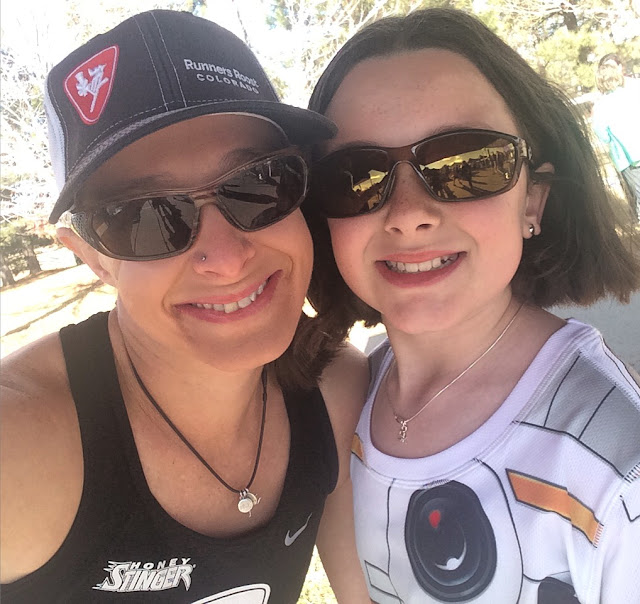 A and I stopped at Einstein's on the way home and picked up brunch. Felt super motivated, so I did a (new to me) upper body video. Comcast showed up at 3 to test everything. 1. Turns out I really did have a second lemon for a box. 2. However, I also had a (literally) fried HDMI cable. At least they guy was super nice and didn't irritate me. Went over to Jessa's house for dinner and to watch The Walking/Talking Dead.
Monday (9,652 steps) - ZERO motivation. No wait, less than ZERO. I've been feeling abnormally fatigued lately, which I'm sure is a result of my 6 day a week high mileage training program. My legs were also STILL toast from that pilates/butt/thigh video I did on Friday. So, I did a yoga video before work instead of running.