Tuesday (24,478 steps) - After yesterday's brutal wind I didn't even want to THINK about running outside (even if it wasn't windy). For the first time in ages I suffered through running 7 miles in the basement inferno. And "suffer" is a pretty accurate way to describe this run. I was slow, it was hot, I was tired, NOT fun. Although I did get in a few more episodes of "Breaking Bad" (re-watching before I start "Better Call Saul"). After work we had a cookie booth. All girls showed up, so even though it was pretty busy, A's share was just under 50 boxes. Tokyo Joe's for dinner.
Wednesday (21,772 steps) - 5 terrible miles. My calves are tight, I haven't been sleeping well. My arm is so sore from where I got my depo shot that I actually had woken up in the middle of the night in extreme pain. Ugh. I guess this is what happens after weeks of "good" running? Blah.
After work we headed down to run club. Did a short run with Heather and A and then A sold cookies again. 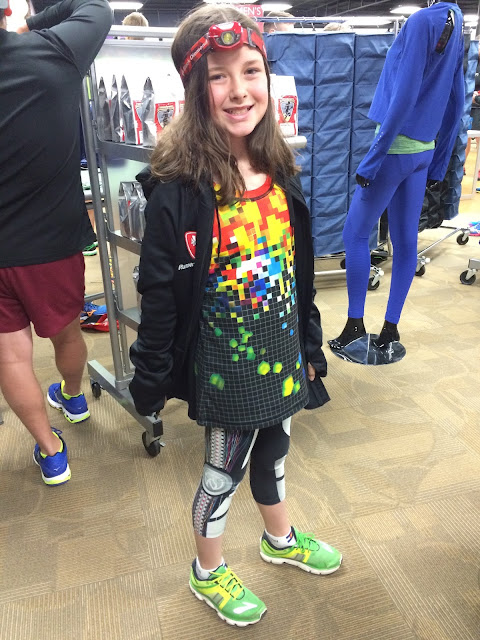 Pretty exciting that I won one of the raffles and got a discounted entry to a cross country race - now, I just need to put together a team?
Thursday (13,920 steps) - I had 6 miles on schedule and I opted to skip the run because I've been feeling so crappy for the last week. I slept a little bit later and did a yoga/pilates video instead. The evening was spent trying to figure out how to solve a Girl Scout camp registration catastrophe.
Friday (22,896 steps) - All week long the wind has been unbearable. I didn't even bother to check what the weather was like when I got up, I just sucked it up and did 6 miles in the basement inferno. After work we had YET ANOTHER cookie booth. My new Roost teammate, Kate, met up with us at the booth so she could borrow my singlet. A and I went to dinner at HuHot and it was blissfully quiet so we didn't have to wait forever to get food (just the check).
Saturday (33,907 steps) - Long run day with Runners Edge and Heather. And by "long," we were both happy that we "only" had 14 on schedule. Unfortunately my legs were dead tired and I had crampy calves most of the run. Lakewood is also hillier than I remember. Always enjoy running with Heather, so it wasn't all bad. 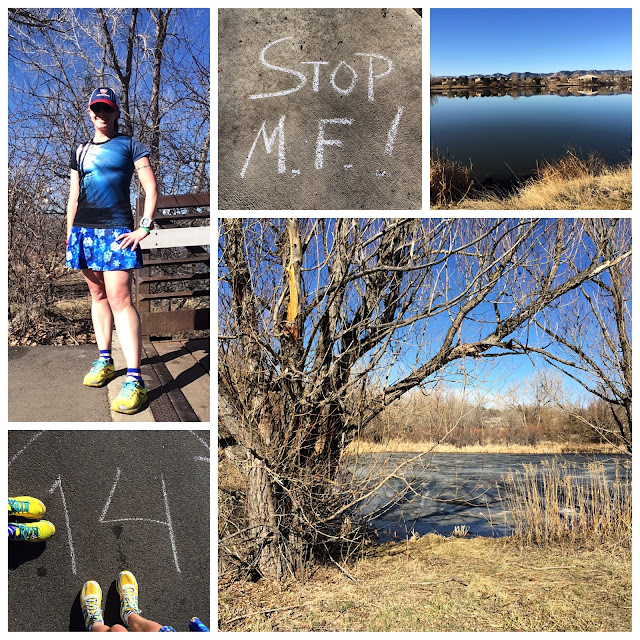 Stopped at Einstein's to pick up brunch (seems to be a new tradition) and headed home to relax a bit before the Roost launch meeting. TONS of new faces on the team this year. I also won a week rental of Elevated Legs, which I cannot wait for. After we picked up our gear a group of us went to Crazy Mountain brewery, a new sponsor for our team this year. Such a fun night with everyone! 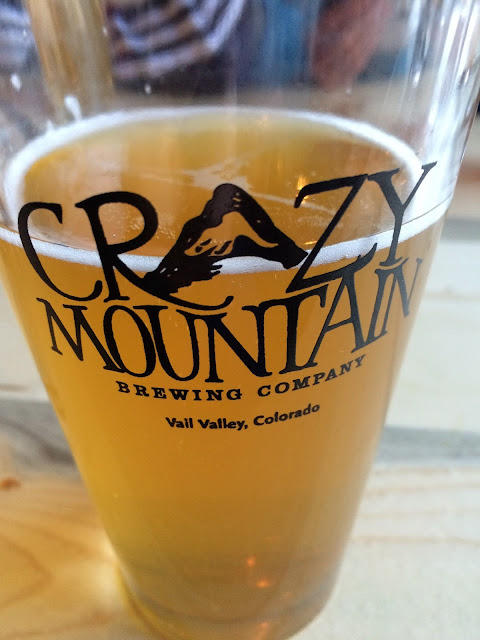 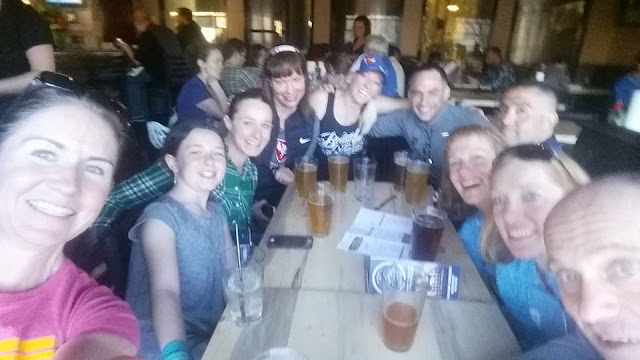 Sunday (16,781 steps) - Of course the one day I can sleep in, I don't. We made omelettes and pancakes for breakfast and then went to Target to do our grocery shopping. A joined me on a 3 mile run by the lake so she could test out her new Garmin. It was a bit windy, but FINALLY the sun was out!! 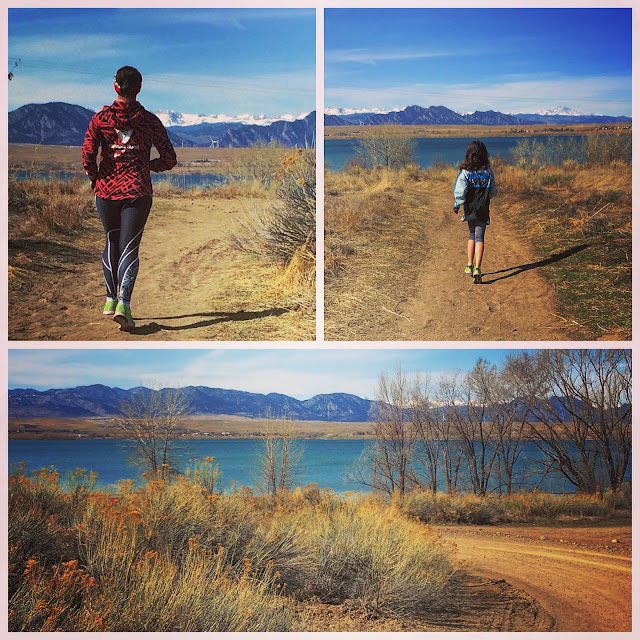 After lunch, we baked some red velvet brownies and then SHOCKINGLY, we had another cookie booth. We went over to Jessa's again for a viewing of the Walking Dead.
Monday (26,010 steps) - I only had 4 miles on schedule, but after looking at the forecast for the next few days I decided to swap my 4 with Tuesday's 8 (since we have more snow coming). Legs a tad tired, but it was honestly the best run that I've had in weeks.
I actually did a short yoga video when I was done (need to get in the habit of doing this ALL THE TIME). Began the run looking at the full moon and ended it with yet another gorgeous Colorado sunrise. After work? COOKIE BOOTH OF COURSE. The best part about the booth? It put A over her goal of 750 boxes!! We picked up Tokyo Joe's for dinner. 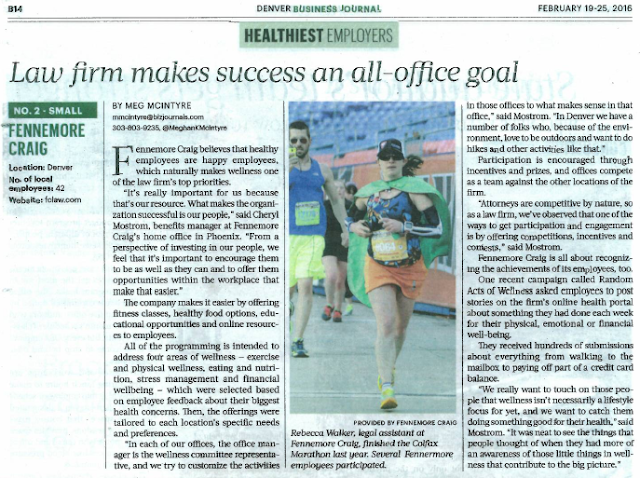