Tuesday (24,024 steps) - 7 incredibly early miles. I was shocked that this felt great, even after #eatingallthethings while we were in California and the sheer exhaustion that came from getting back in town. Not to mention, it was cold. Either way, it was a great run. 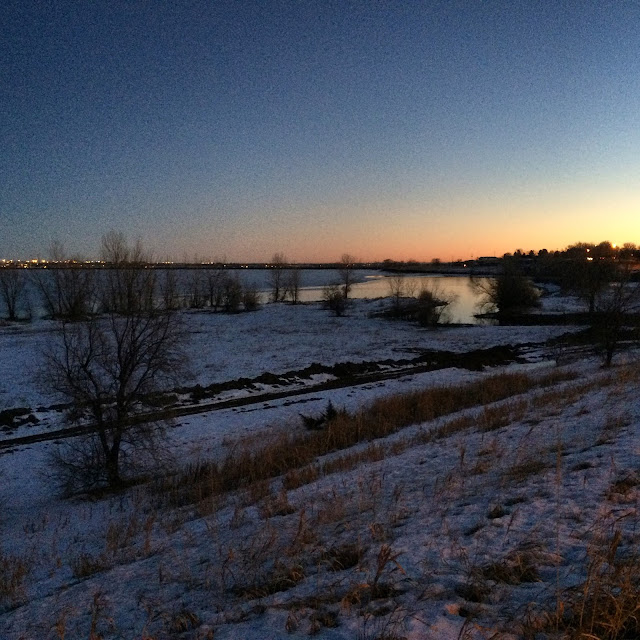 After work we picked up some more Girl Scout cookies and then headed back to A's school for the music performance her grade was doing, entitled "Colorado." It was super cute, it was very obvious that the kids put a lot of work into it. 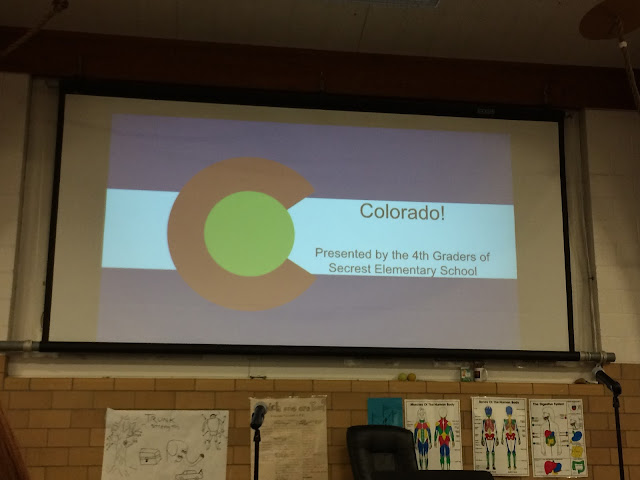 Wednesday (21,025 steps) - A yucky, windy 4 miles in the morning. I hate the wind SO MUCH. I would rather run in single degree temps and snow than wind. 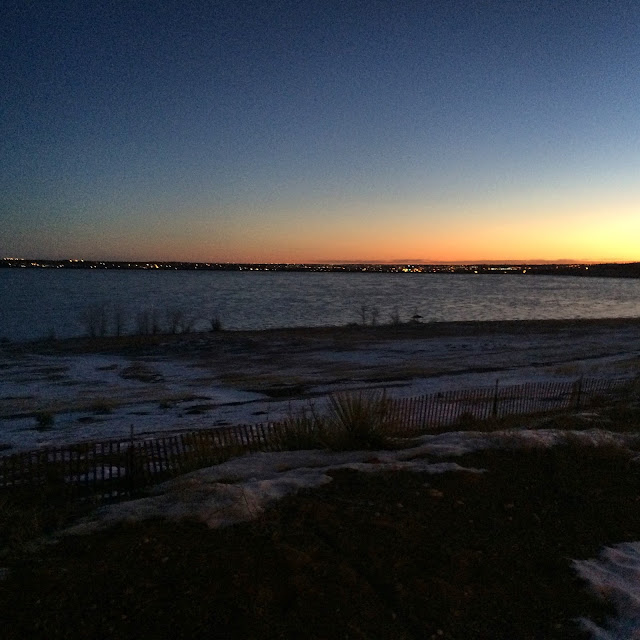 We went to run club, where we did another short run with Heather, and A was allowed to sell cookies to the runners after. 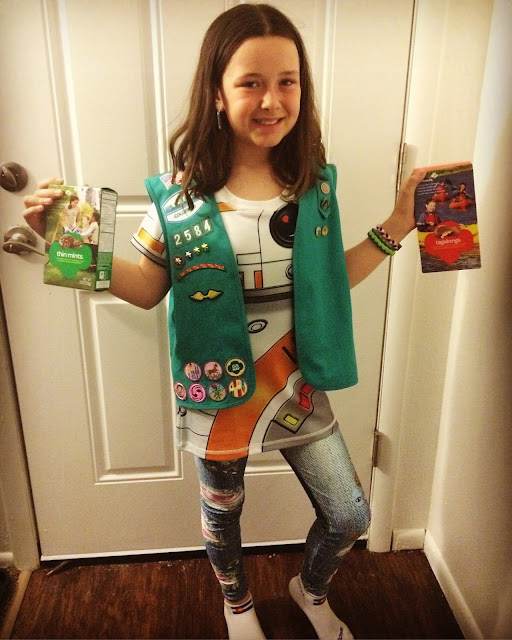 Thursday (24,943 steps) - Had to get up extra early for the 6 miles on schedule because A volunteered at school to hand out candy grams. The 6 went surprisingly well, and was "fast" for me. I also got to see another amazing sunrise, so that always makes getting up early "worth it." 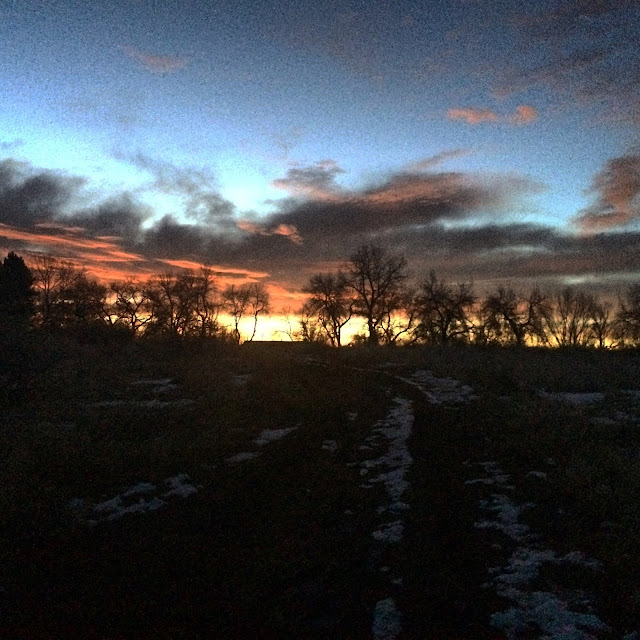 Friday (14,161 steps) - TGI rest day!! I was in a bad mood ALL day. First, found out that some items I sold and shipped were missing (to the tune of $100). I printed labels from PayPal and our office assistant SAYS she took them to the mail room, but there was no other tracking info. So somehow they boxes got "lost" somewhere between my office and mail room. THEN, I found out that one of my favorite attorneys I work for is moving!! Wah!!! After work we had to head right to her first cookie booth of the season. Being a Friday night and a pretty busy grocery store, A's share was over 50 boxes, so I guess it was worth it.
Saturday (43,800 steps) - Up early for our longest training run YET of this nonsense marathon training. It was INSANELY foggy on the drive down, and even though the forecast was for nice weather, I ended up keeping a jacket on for the first half as the fog cooled down the air. The first few miles were fine, but I REALLY struggled through this one. I certainly hope the next long run is better! Love running with Heather though. 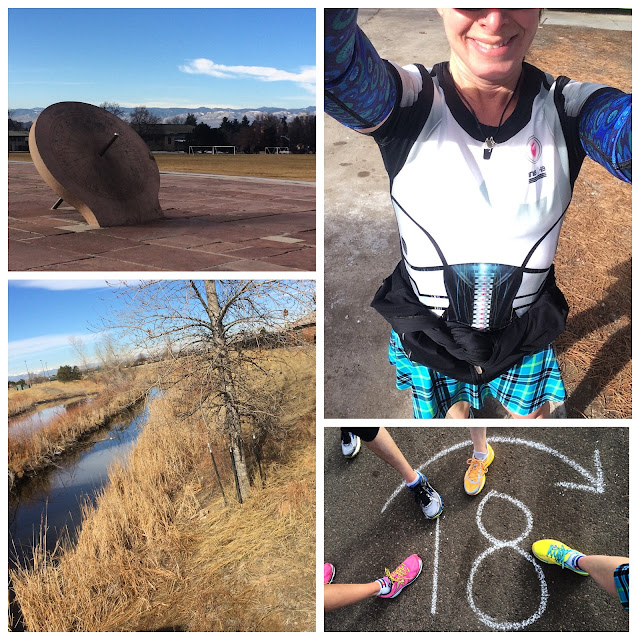 Bought brunch at Einsteins and then headed home for to 1). make a lasagna, 2). shower, 3). watch the Olympic marathon trials. Yes, I managed to accomplish all that before we had to go to YET ANOTHER cookie booth. Man, cookie sales are a lot of work, for BOTH of us. After dinner we watched Hotel Transylvania 2 and I sewed more patches on A's vest. Ugh. I hate, hate, HATE sewing. Batman seemed to enjoy it though. 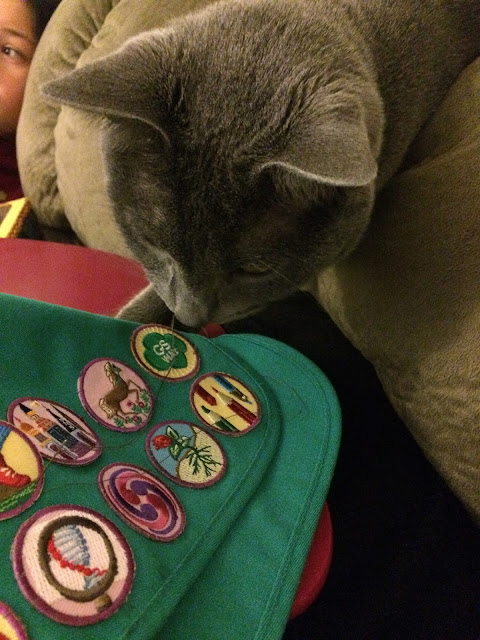 Sunday (15,179 steps) - Didn't have to get up SUPER early, but it felt early after the long week. Drove down to the Platte River Grill for the February RMRR trophy race. A didn't want to run the 5k by herself, so instead of running the long distance (7 miles), I ran with her. We clocked the first mile a bit too fast (around 10), and she struggled a bit. When she saw the 3 mile marker she booked it and beat me by quite a bit. My .1 pace was 7:06, so she was probably 6 something. Ah, to be young. 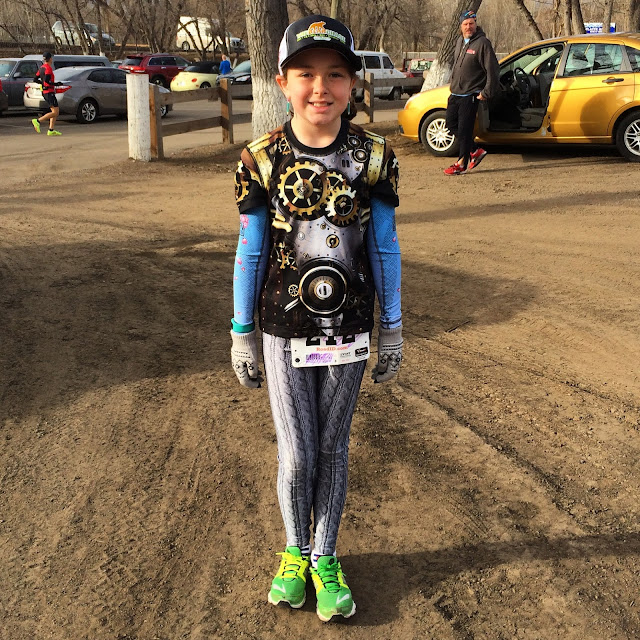 This is the best race of the season! The Platte River Bar and Grill provided appetizers (nachos, quesadillas, fries, onion rings), which pretty much ended up being a meal. We went back outside to watch Maureen and our other teammates finish. Maureen talked me into doing the bloody Mary bar - that was a fun change! 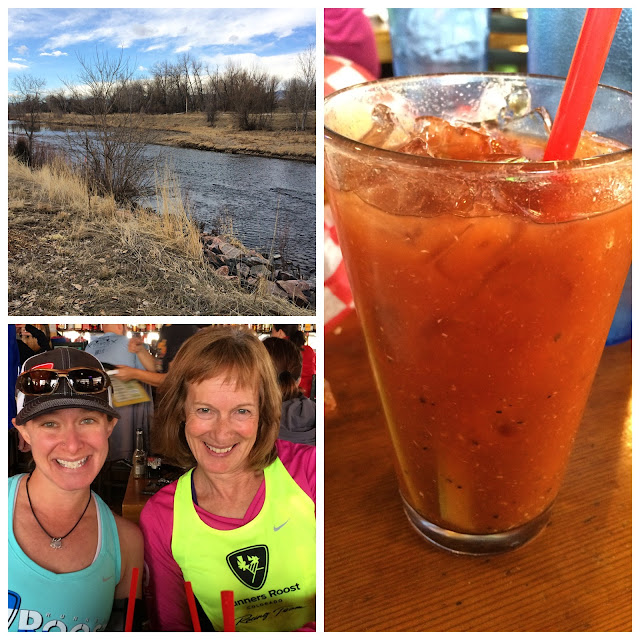 After we went home and showered, A and I decided to go out for some door to door sales, hoping it wasn't in poor taste to sell on Valentine's Day. 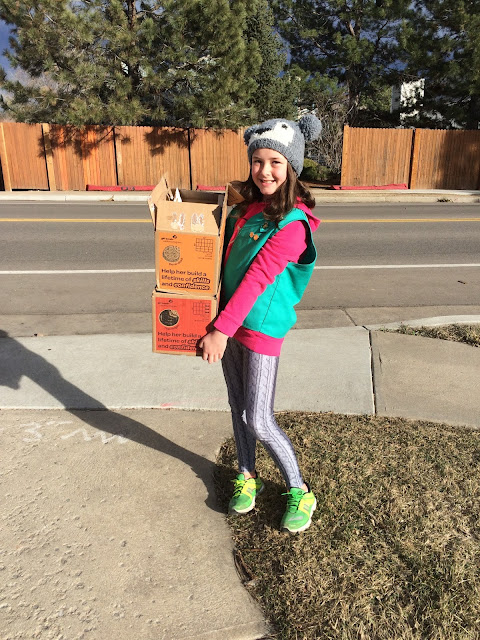 She actually did pretty well in sales, and we headed back just in time to miss some of the obnoxious wind. We went over to Jessa's house for the spring premiere of the Walking Dead!! We had some beer, frozen pizza, veggies and fruit - I miss hanging out with Jessa. The show did not disappoint, it was a great episode.
Monday (19,147 steps) - I took the day to hang out with A - we planned on "Rebecca and Ariel's day of fun - and we had a "schedule" to keep so I still had to get up early for my run. I had 5 on schedule, but when I woke up the wind was howling and I was DREADING THIS. It was seriously the windiest weather I have EVER run in. I turned around at 2 miles. I felt like my face was morphing and the wind kept pushing me off the sidewalk (literally, this is not an exaggeration). My legs were tired, I was working incredibly hard, it was MISERABLE, AWFUL, TERRIBLE. I would consider this in my top ten of worst runs EVER.
After I showered we had to go to the doctor so I could get my depo shot, go to her scout leader's house to drop off money and get more cookies, do a cookie delivery for a friend, and THEN... the fun activity of the morning? Jump City! In the past, I have sat there reading while A jumped, but this time we both did! So fun! Gymnastics, slides and dodge ball, where YES, I beat a bunch of ten year old boys. HA HA. 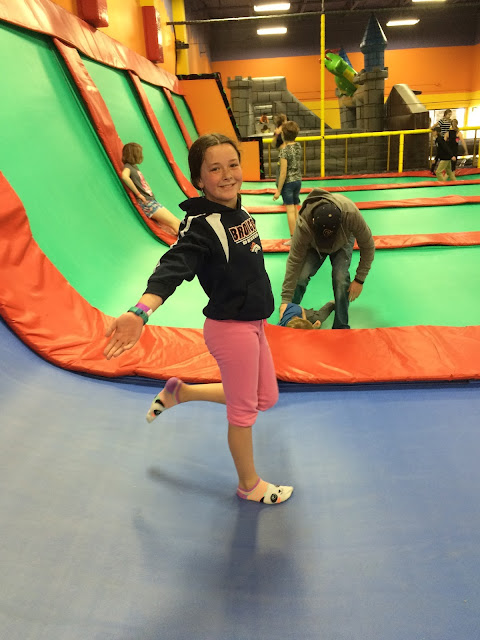 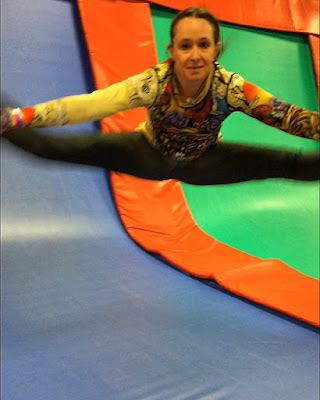 We left around 11:30 to drive down to Denver to meet Jessa at Vine Street for lunch and STOUT MONTH!!! We each tried two beers and spent almost three hours playing Apples to Apples. Seriously one of the most fun board games EVER. 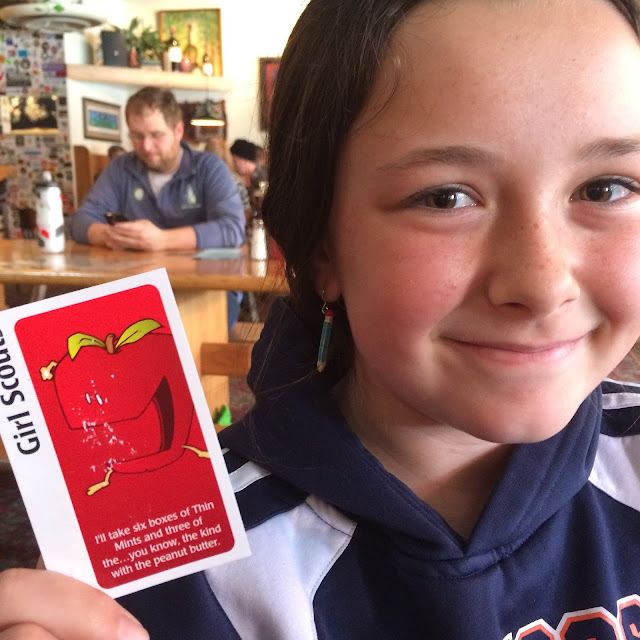 Thankfully, we had built a nap into our "day of fun" because I was exhausted. After nap time we did A's request of playing some video games (Super Mario 3D World) and then did another friend's cookie delivery. Leftover lasagna for dinner. Bam.