I registered for the Winter Prairie Dog half marathon about a week after I ran it last year. They were offering some ridiculously cheap registration price, $35?

A week before the race I got an email that the race would be starting at the Coal Creek golf course this year. Never occurred to me that that meant the course would not really be the same either. I convinced Heather to join me, and we had plans on it being a nice, slow, training run.

Race weekend had finally brought "winter" temperatures in the teens and when I left the house it was so foggy I could only see about 20 feet in front of me. I had opted to skip leggings and was only wearing a sparkle skirt and compression socks. For a top, I had on my long sleeve INKnBURN wildflower tee under my singlet. I had on a hoodie, but I planned on taking it off for the run.

Arrived just before 7:00 - and I'm glad that I got there early. The new starting area had a much smaller lot and there were only maybe 20 spots left after I parked. I picked up my bib and timing chip and then sat in the car with the heater blaring. IT WAS SO COLD.

Heather arrived a few minutes later and we sat in her car (conveniently parked about ten feet from the start line) until 7:58. No sense in standing outside longer than necessary. At the last minute, I decided to keep my hoodie on.
The first few miles ticked by nicely, until about mile 3, after we ran through downtown Louisville. I had a bit of weird numbness in my left foot again (but at least I didn't have the fire calves).

The roads were surprisingly icy, so we had to use a lot of caution - not such a big deal on the climbs, but I made up for a lot of my weakness on the uphills bombing the downhills. That would not be possible this year due to course conditions.
There were plenty of aid stations, I would say they were roughly every 1 - 1.5 miles. I love not having to carry anything on me.

Miles slowly ticked by and I was frustrated at how hard this still seemed. Am I never going to get any better at this whole running thing??? The uphills killed me. The downhills were terrifying with all the ice. The flats were ok as long as it was dry.
There was a new section where we ran around a lake on some dirt. Normally that would have been my favorite part of the course, but the dirt was so rutted it was uncomfortable to run on and about half the loop was an icy skating rink. The only good part about this section (mile 8 or so), was the sun FINALLY came out. 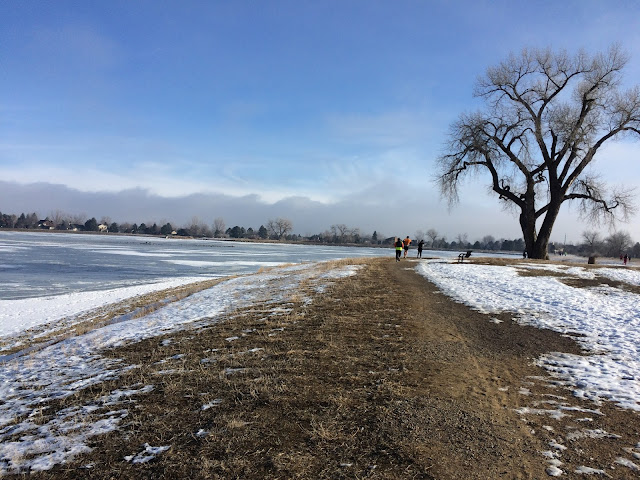 So we ran, we finished, and the course was just about 13 miles according to my Garmin. I had one tiny slice of pizza and a cup of chocolate milk at the finish. We took some quick pictures and then I headed home. Way too cold to be hanging around outside (23 degrees at the finish). 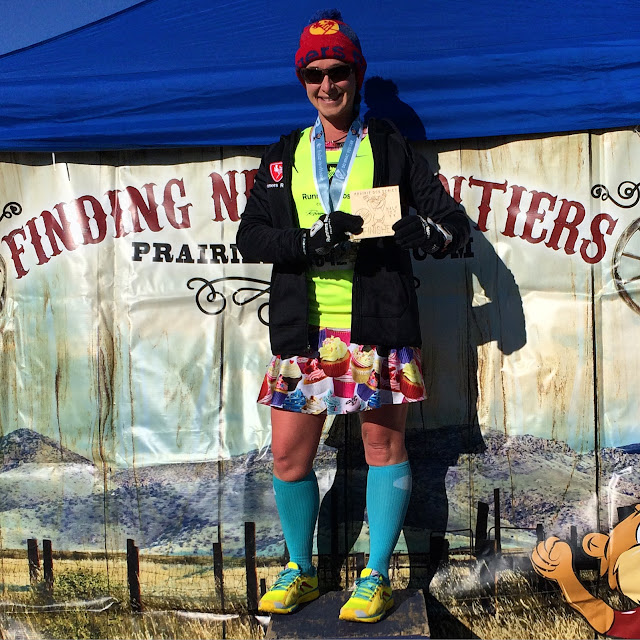 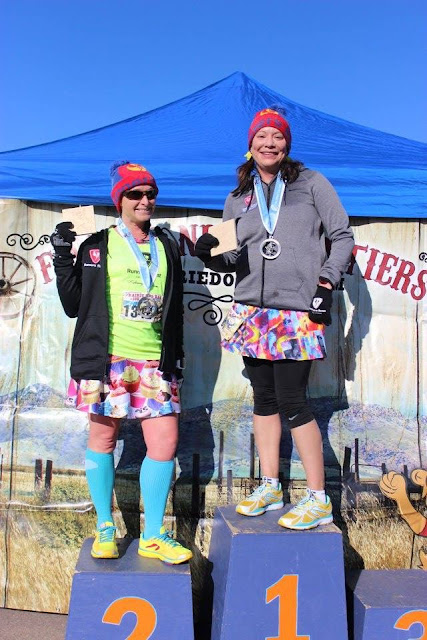 When I got home, I still had snow/frost on my hat. Brr. 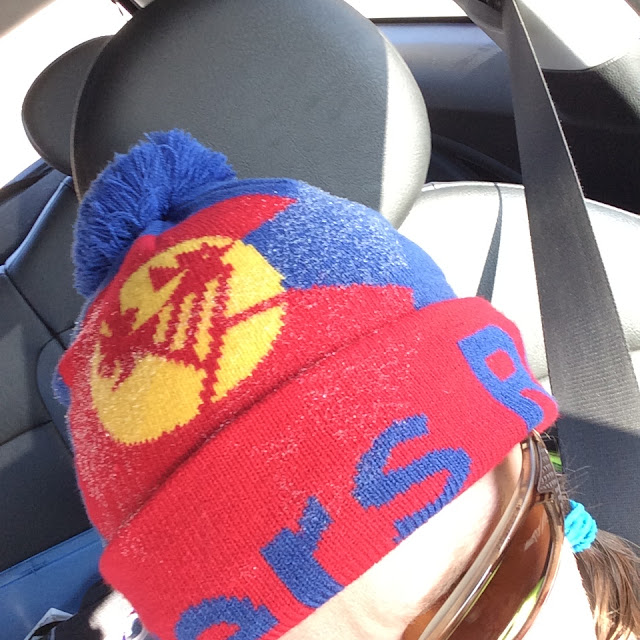