Tuesday (17,349 steps) - Had a short day at work so that I could pick A up at the airport!! Man I missed this kid. We headed to Cheesecake Factory for dinner to celebrate her return and my work-aversary. 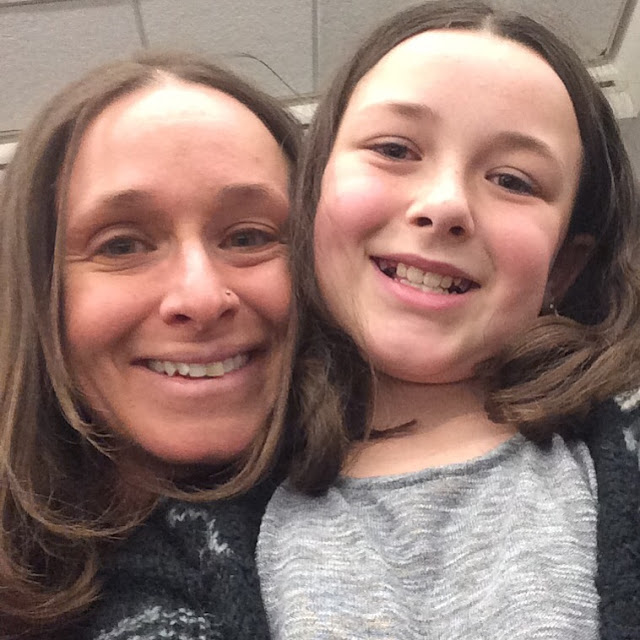 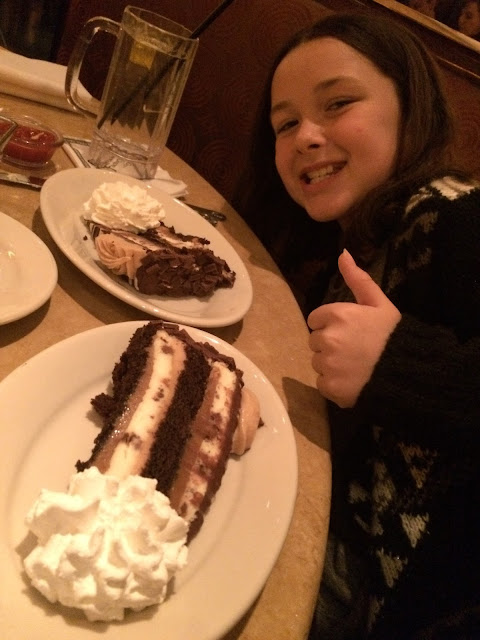 Wednesday (17,954 steps) - Got up early (but not as early as I would have liked) and did a 2.5 mile run. It was slow going, but I wanted to get in another outside run before the snow hit later in the week. Got to see a beautiful sunrise, which is always nice. 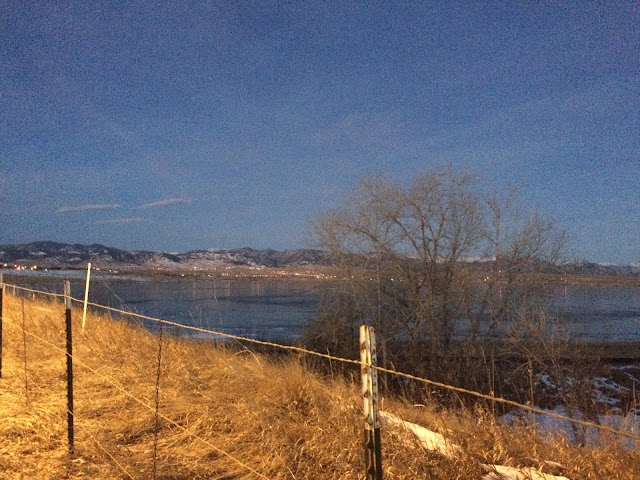 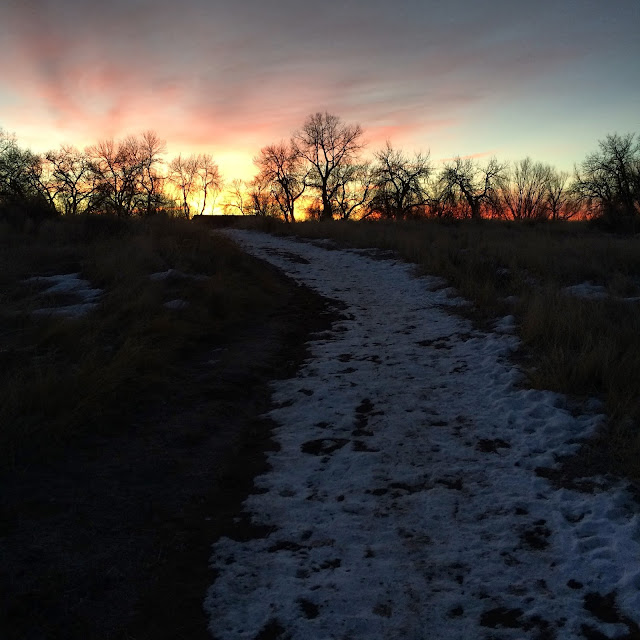 After work we went to run club. It's always awesome to see everyone, and this time was extra exciting because A won one of the raffles! We went to dinner with Heather afterwards at Noodles & Company. 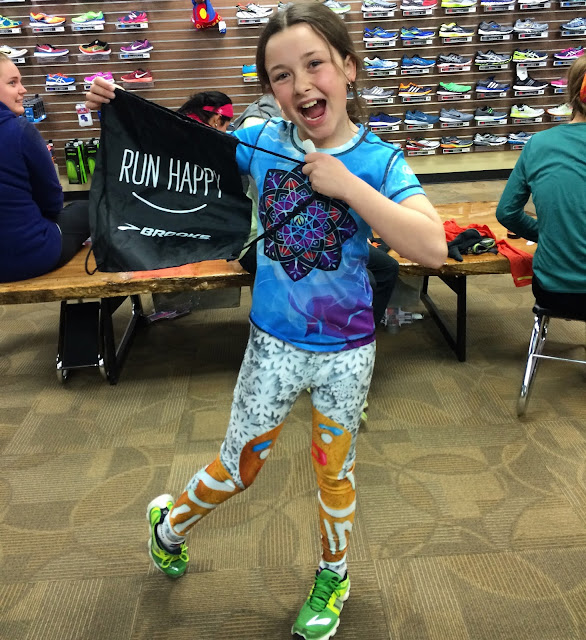 Thursday (17,441 steps) - No motivation to get up. Again. I think I was severely sleep deprived after ATY because I have just been exhausted! Did a hilly 3+ mile treadmill run during lunch. 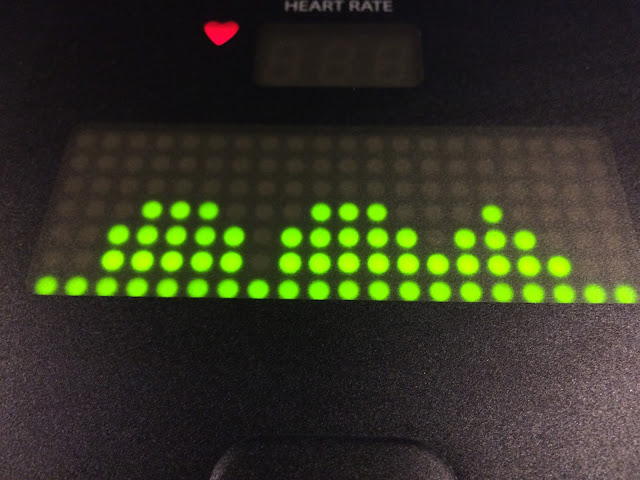 A and I had a fantastic low-key evening, watching "The Princess Bride." I was surprised she enjoyed it, I thought she would be too young to really appreciate it. Of course she missed a ton of the jokes.
Friday (18,160 steps) - 3.5 miles on the treadmill during lunch. I picked up A after school, and upon arriving at home we discovered there was something wrong with Robin Sparkles! Her right eye was oozing puss and she could barely open it. We called our regular vet and they weren't open, so we headed to Animal Urgent Care (yes, this is a thing). We were seen right away, and after an exam the conclusion was either conjunctivitis or an abscessed tooth. Unfortunately, they didn't have kitty dental x-ray equipment so we would need to follow-up with our vet ASAP. They did give her some antibiotics and ointment for her eye. So that was fun. My boss had given us a gift card for Olive Garden, and since I wasn't in the mood to cook, we went. I a glass of wine and lasagna - and we took home chocolate cake for dessert.
Saturday (28,702) - On the internet, it said the vet was open at 8 am on Saturday. We opted to just get there right when they opened and see if they could squeeze us in. Turns out, they are only open EVERY OTHER SATURDAY (this not being one of them), so I had to make a few phone calls to see if someone else could see her. We were able to get an appointment for the afternoon. I met up with Heather around 10:30 for a run. I had planned on attempting a recreation of a run I did last fall, but I got confused, so we ended up doing Big Dry Creek. All but about a half mile was snow-packed. It was sunny out and warm, and neither of us fell. A great run! 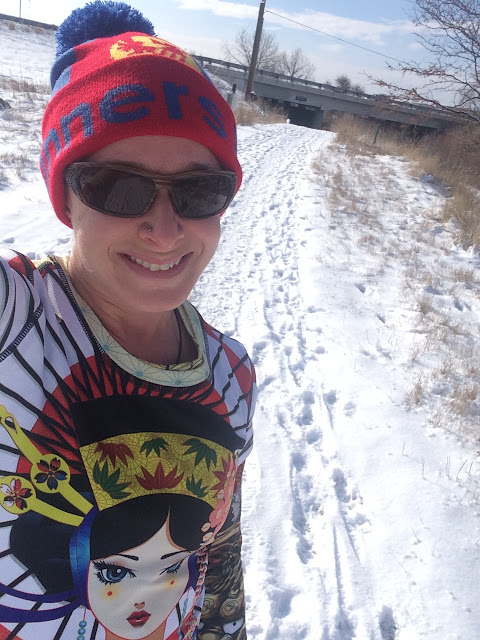 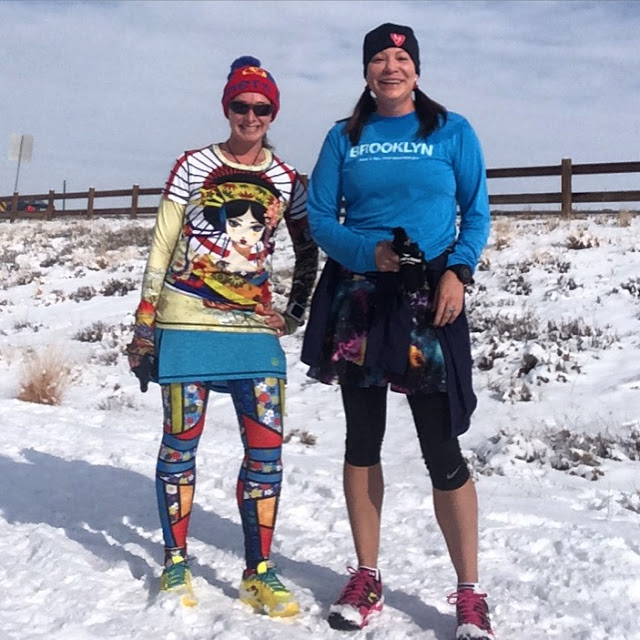 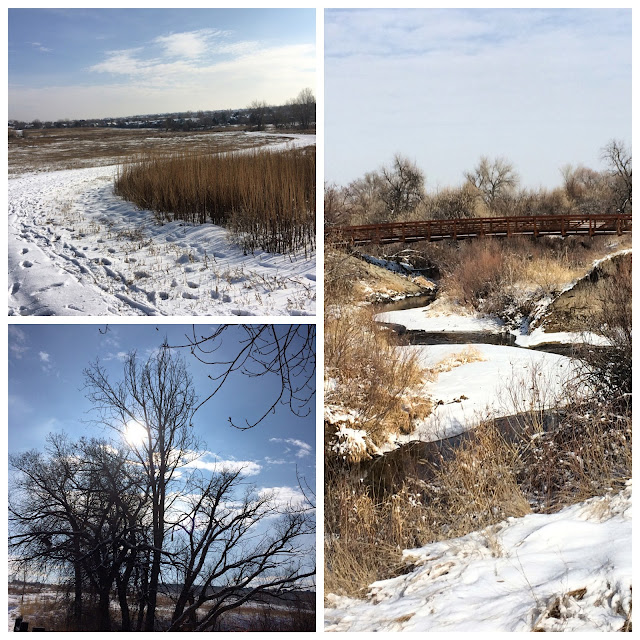 Heather, A and I went to get lunch at the Mexican restaurant by our house. AWESOME way to recover. So good! We took Robin to the vet, where she was examined (again) and had some blood work done. We made another appointment for Monday for her to have x-rays and get any teeth pulled (if necessary).
Sunday (19,642 steps) - A really chilly run in the morning. I'm never going to survive running outside when it gets REALLY cold. 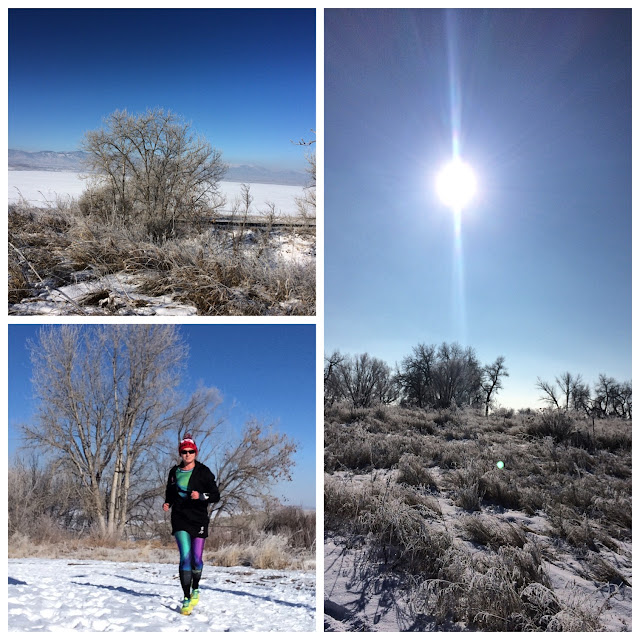 A and I made breakfast burritos for breakfast, and then we headed to the rec center to go swimming. I spent a lot of time in the sauna, but we did have a great time in the "lazy river" - now that we have a rec pass it's really inexpensive to go. Headed home for a quick shower before meeting up with Heather for glow miniature golf. 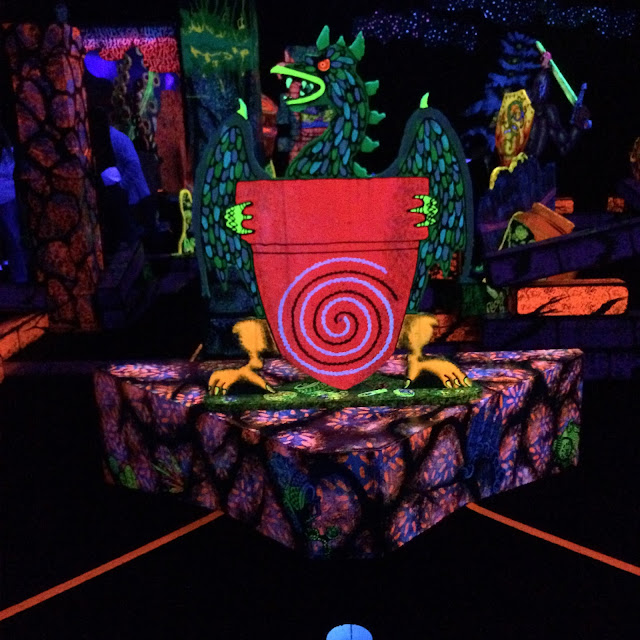 We were waiting for some jackets to get embroidered with our team logo, so we went to the Yard House for a late afternoon snack and drink. They have the best happy hour! For only $7, we got a full size buffalo chicken pizza that we all shared.
Monday (17,142 steps) - Did a loop around the neighborhood, and once again, it was FREAKING COLD. I felt fairly strong on this run and didn't have to walk up the hill that normally kills me.
Got ready in time to get Robin Sparkles to the vet for her appointment. After work, we picked her up. Turns out, her teeth was mostly fine, and they only had to pull one. That one tooth, however, was not on the side of her mouth where her eye was all gross and her face swollen. They cannot figure out WHY her eye was like that. Oh, and they also found a tape worm (ew ew ew), so MORE meds. They couldn't figure out how she ended up with THAT either, since she is an exclusively indoor cat, and we don't have a dog (or fleas). They thought she might have had it before we adopted her, since we have only had her about four months.