Tuesday (21,366 steps) - Cardio intervals and cool down. The first few sets of these seemed as tiring to me as HIIT. Either that or I am just incredibly out of shape? How are all of these still so challenging? It would seem to me that at some point these should get easier. Went to the gym and ran 3.5 (pretty damn great) miles. Wish more runs were like that and wish I had more time. 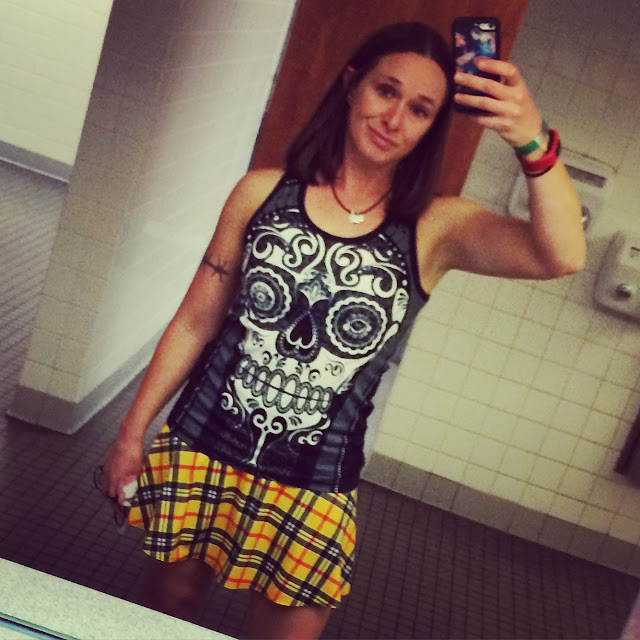 A has had a stomach ache the last few days. She fell asleep on the couch when I was in the shower - which mean I had the opportunity to watch the premiere of the Walking Dead. Maybe it's just me, but I didn't care for this episode much. Flashing between color and black and white and the fact I cannot remember half the characters.
Wednesday (19,998 steps) - Warm up, HIIT and abs, cool down. Holy crap. This was one of the only videos I have ever done that didn't have a water break. HIIT is so humbling... 20 seconds? Heck yeah I could do that! (Over and over and over??) Womp. I got a call from A that she wasn't feeling well so I left work early to pick her up. It was kind of nice to have an evening just vegging, even if it was only because A was sick.
Thursday (22,089 steps) - Cardio kickboxing, which I think is kind of a waste of time. I used to take the turbo kickboxing class at the gym and THAT felt like a good workout. These are some confusing moves that I don't feel like I have down very well. At least I'm up early and moving? A was still not feeling well so we skipped the gym and I did three miles in the basement inferno.
Friday (20,996 steps) - Warm up, total body strength, cool down. This was a longer set of videos - over 35 minutes. But HURRAY for some weights finally!! I don't know what I could have possibly done earlier in the week for my shoulders to be so sore, but man, ow. A got invited to join an environmental club at school and their first meeting was this morning - an HOUR earlier than she normally has to be at school. So that was fun. I drove over to Golden to join A at the Sock Hop she was attending with her Girl Scout troop. She still wasn't feeling well so she spent a lot of the time sitting down, but she did join in for a bit of dancing (but not eating). 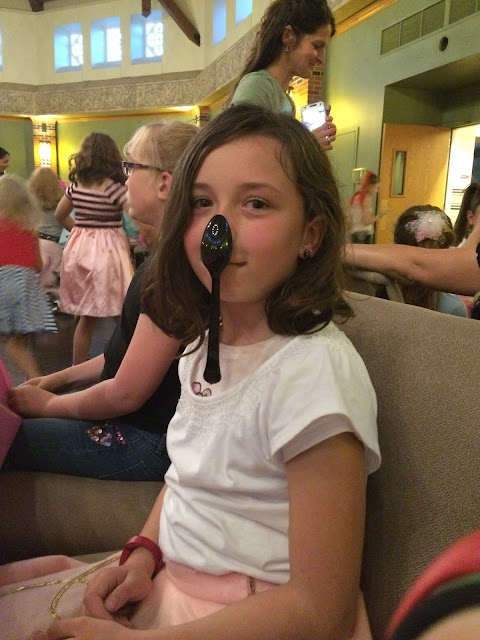 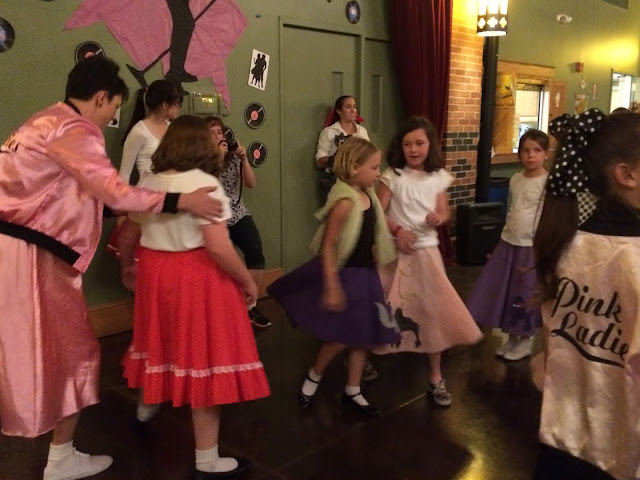 Saturday (16,090 steps) - Sadly I seem incapable of sleeping in. I did not manage to stay in bed past 7. Womp. Sat around watching TV and simmering some food in the crock pot.
A said she was feeling up to a run, so we jogged around on the path behind our house. It was HOT (like 70). 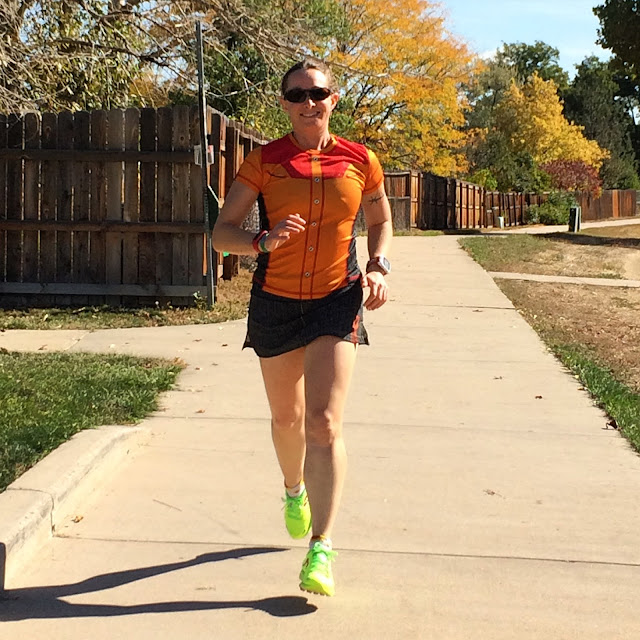 Then we went to Target and picked up groceries. Got home and baked blueberry struesel muffins and a pumpkin cake and loaf of bread. 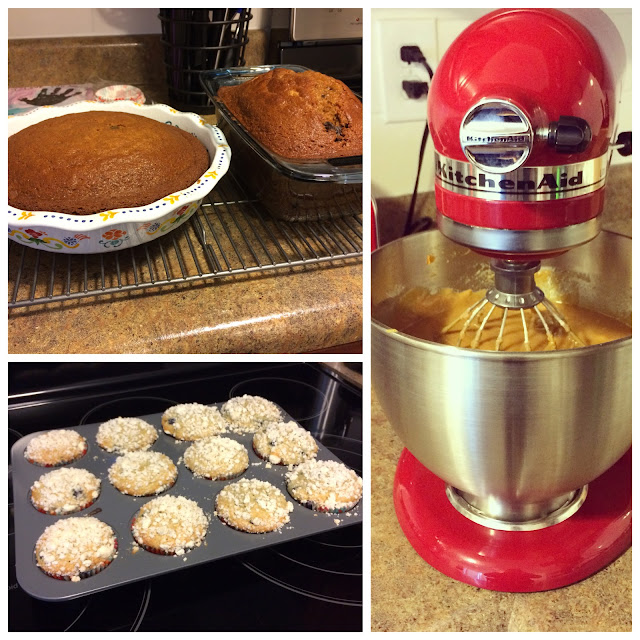 WHO AM I. I took A over a friend's house to spend the night and then I popped into Carrie's birthday party for a few hours before heading home.
Sunday (35,141 steps) - Denver RnR half marathon. 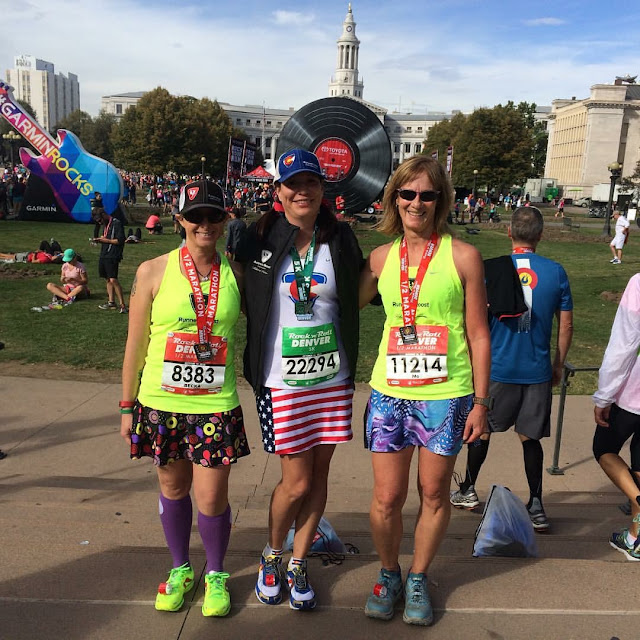 I picked up A and was relieved to hear that she was feeling a lot better - good enough to actually eat lunch! We hit up Qdoba and then napped on the couch before heading to the Wild West Ranch to meet up with her Girl Scout troop for a horseback riding lesson. A had confided in me that she was terrified of riding a horse, but after being paired with an advanced student and trying it out she had a lot of fun. 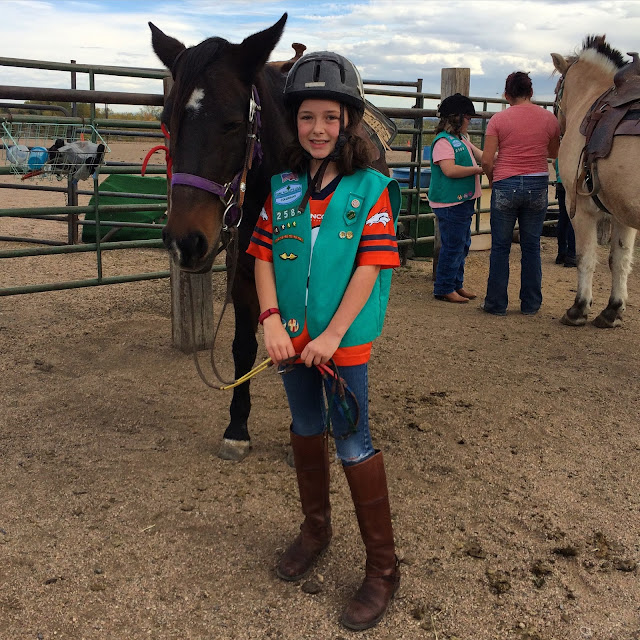 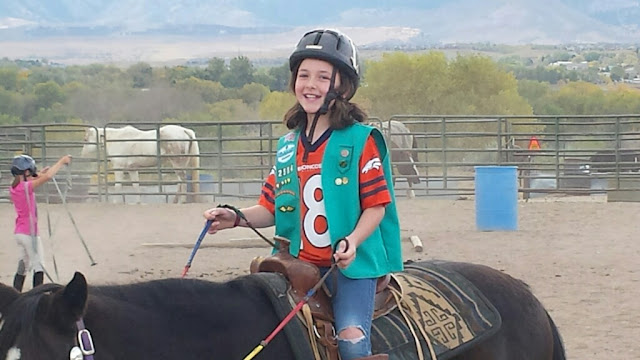 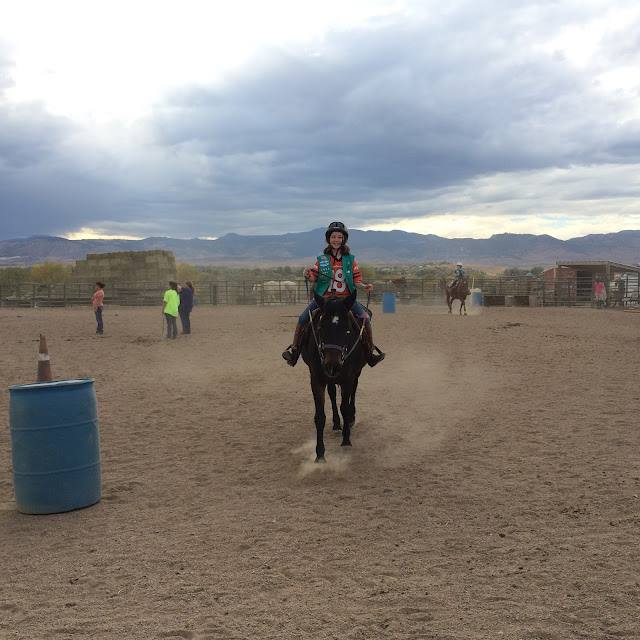 More TV watching before early bed. Long weekend.
Monday (17,076 steps) - Thankfully NOT a HIIT video. Lower body strength and pilates was a great video for me to recover from RnR. For the first time in ages, I was actually sore after a race. SO WEIRD. After work I met up with A at Skate City for yet another Girl Scout event - a skate party for Juliette Gordon Low's birthday. Don't ask how the two are related.
A had been given dinner, but I had not, so I stopped and got  Tokyo Joe's before heading home. I haven't been there in ages, and it was DELICIOUS. 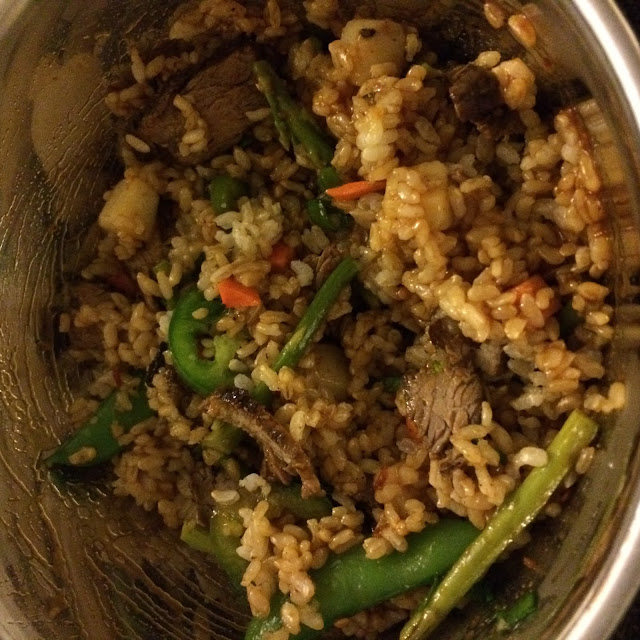