Tuesday (16,967 steps) - Work from home, day 2. Went for a run at the lake with Ben during lunch. We were invited over to Kristin's house for a St. Patrick's Day dinner, and since we had already been socializing in the past week, we figured it was safe even with the new social distancing regulations. 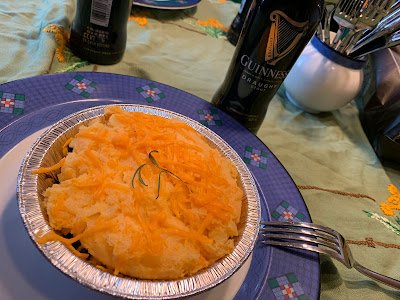 Fun evening, and again, probably the last time that will happen for a while :(

Wednesday (17,908 steps) - Work from home, day 3. Very frustrating day with a super slow network, so didn't get much done. At least Ben has me set up with a pretty cool home office. 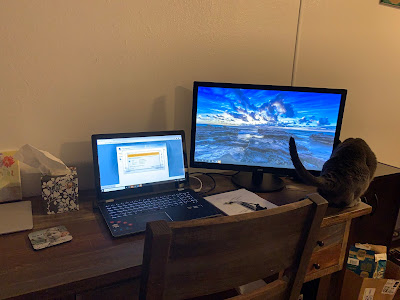 Waited until after work to go for a run with Ben, another 6 miles done. 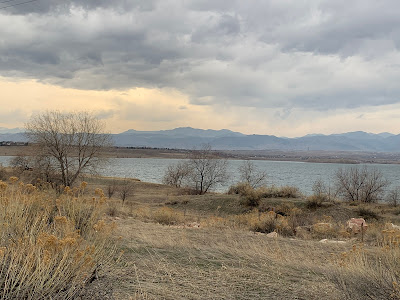 Thursday (11,913 steps) - Snowpocalypse and work from home day 4.
Doug works at a restaurant downtown, and to help support small business we ordered food and Kristin delivered it to us. 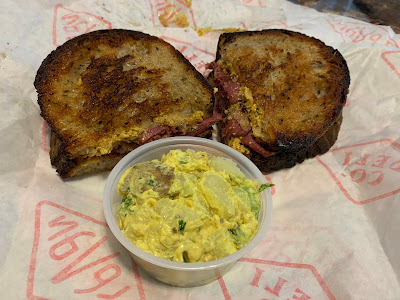 Only time we really got outside was to take Pika for walks. Ugh. 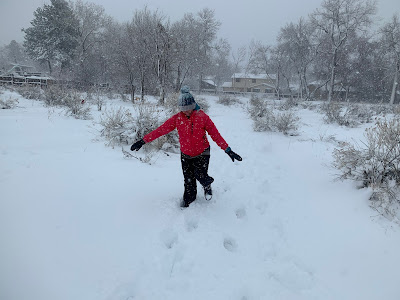 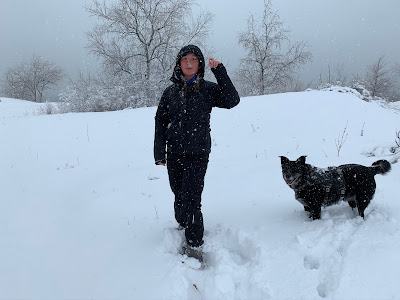 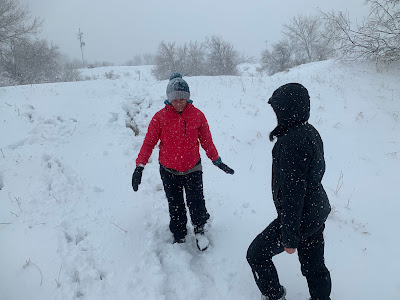 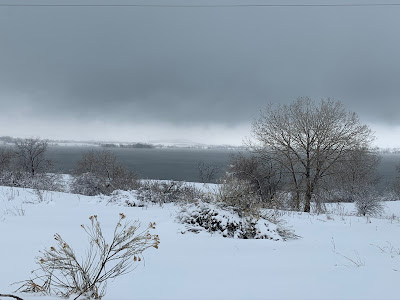 We went to 4 Noses to pick up a growler and got Pho for dinner. 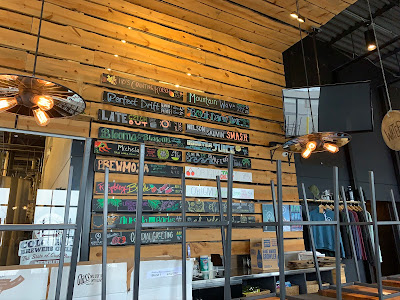 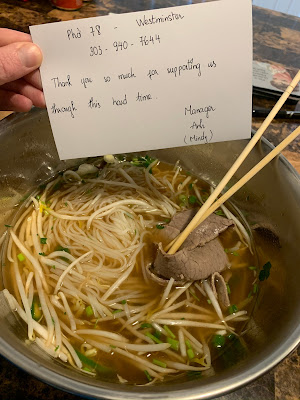 Saturday (23,184 steps) - In this new world when time has stopped, I didn't need to get up early. Ben and I decided that we spend enough time together now, so I did my "long" run alone. It wasn't terrible, and I ran a bit further than I had initially planned. 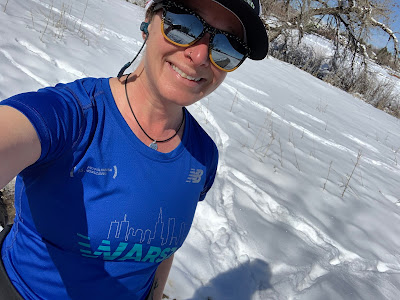 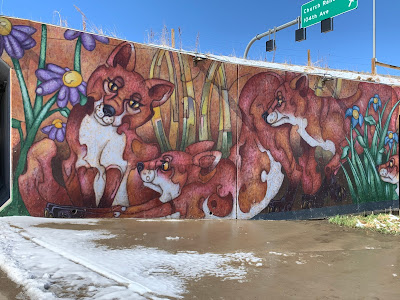 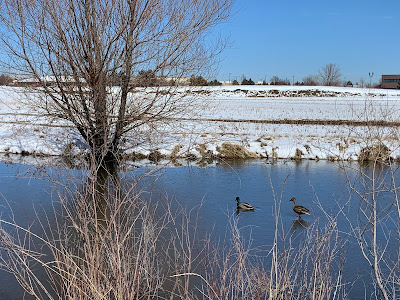 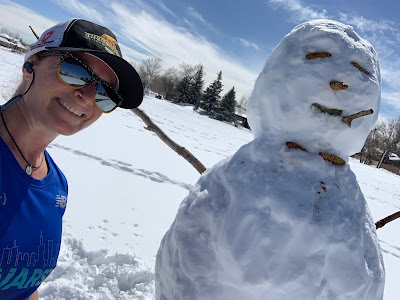 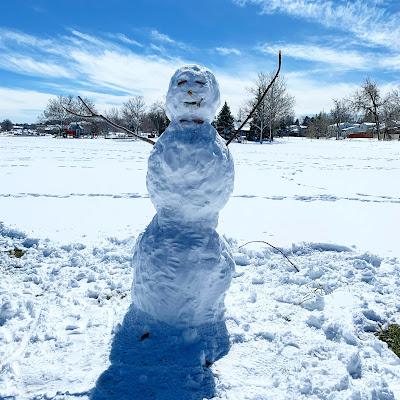 Ted stopped buy to pick up the beer I had picked up for him, it was good to see someone "new."
Sunday (20,962 steps) - Set the alarm for 6:30 in the morning so we could get to the grocery store right when it opened. What a sad time we are in! We had to go to three stores and still couldn't find any fresh meat, but we got most of what we needed. I went for another solo run that was faster than I normally do, but the headwind made me super miserable on the way back. 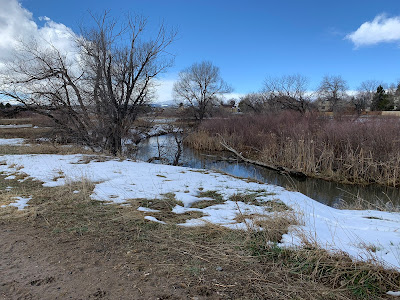 We invited Tyler over for a "watch party" before watching Walking Dead.
Monday (18,495 steps) - Work from home, mixed in with a few walks with Pika. Ariel and I went to the Asian market and managed to find meat and fresh veggies to make stir fry. We also made a cheesecake! 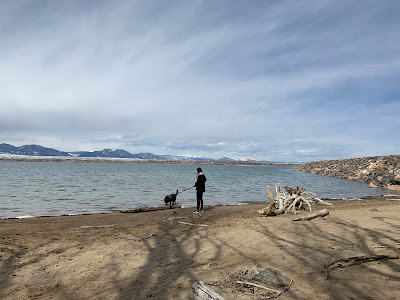 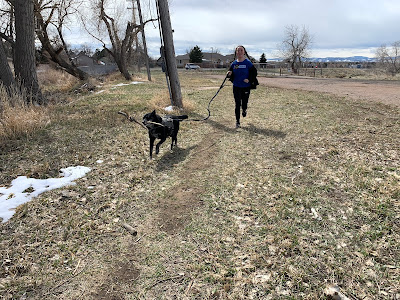 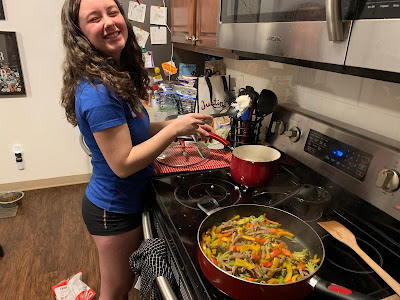 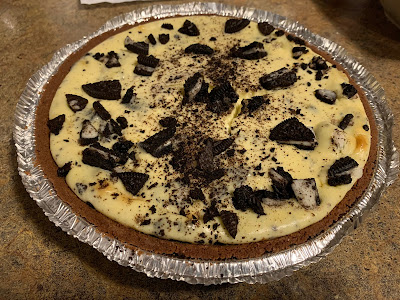 We had a fun group video chat with the folks from Belmar, and then we facetimed with Greg for HOURS - the next best thing to being at the brewery, I guess. Up way too late. 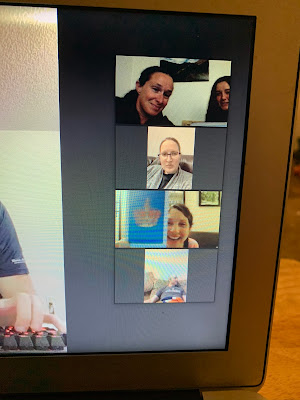