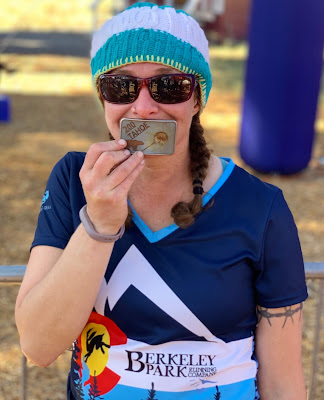 After the race ended, we stuck around at the finish line until the 100 hour cutoff passed. I was hoping to get back to the BnB to shower, but Ben convinced me to "power through" and we stopped in Tahoe City for food and drinks. I have no recollection if I ate anything, but I definitely had a beer. Once we got back to the BnB I got in the shower and the great unpack/clean/repack began.
At some point I remember sitting with Heather and having a conversation, the next thing I remember is waking up on the couch. At some point I went to bed, only to wake up in the middle of the night with a night terror and yet another bloody nose.
Wednesday (6,223 steps) - Up early so that I could chat with Heather a bit before she headed back to Reno for her earlier flight. We managed to get out right around 11, when check out was. First stop was Fifty Fifty brewing in Truckee, then we stopped at a Imbib in Reno. 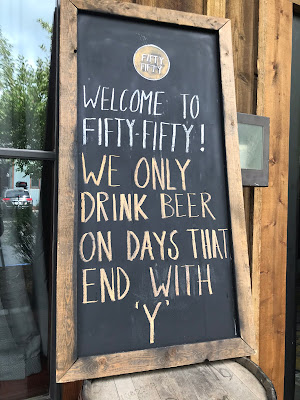 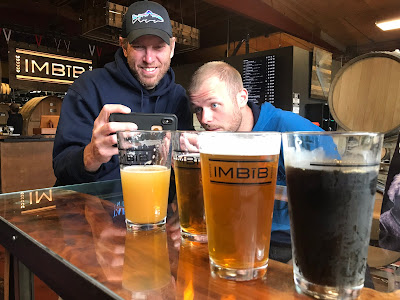 Before we knew it, it was time to get to the airport. Everything went fine, which was good since Ben and I had not remembered to check in 24 hours in advance. Landed on time in Denver, and then we headed to Station 26 for a special "keep the glass" event. Had some food and headed home. LONG DAY.
Thursday (6,637 steps) - Sadly, I had to go to work. I was pretty out of it all day, and I managed to get out a few minutes early. Best part of the day was Nicole gifting me a giant Spring Fling cake from The Market!! 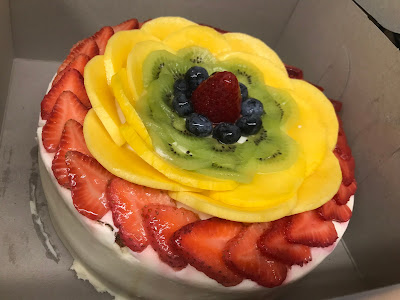 Ben decided to stay in Denver for the night even though he had to work in the morning. We ordered in pho, then went to Megan's house to pick up Pika, dropped A off at Abby's (yes, again), and then went to Target to get a new Fitbit charger (apparently the only thing I lost other than 4 tubes of chapstick). Another late-ish night.
Friday (10,819 steps) - Thankfully, didn't feel quite as tired. I (stupidly) ordered a new phone (just the XR, not the 11) and decided I would pick that up after work. I hadn't been to the mall in years, and I did not enjoy the 20 minutes I was there. Rest of the night was spent trying to set up new phone.
Saturday (6,937 steps) - Blissfully slept 10ish hours. Did a LOT of cleaning and unpacking.
Rachelle came over and I took the girls to see It, Chapter 2. There were a handful of scenes that made me cringe since I was with teenagers, but overall, a good movie. 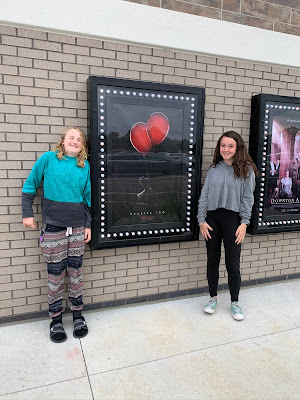 Sunday (7,789 steps) - Slept in again. Amazing! More cleaning and laundry. We met Ben at Barrels & Bottles for drinks and lunch. Eliot joined us for a while, before we headed home around 4. Later we went to Kokopelli for dinner. Yum!
Monday (13,667 steps) - Met Ben & A at New Terrain after work. We walked with Pika to the rock (and jogged down). 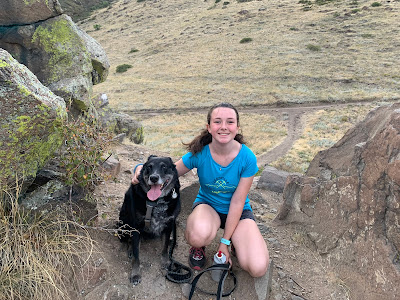