Tuesday (10,367 steps) - Was awakened around 3:30 in the morning by a massive storm (think lightning, thunder, hail, etc). Not able to get back to sleep, so the day started poorly. 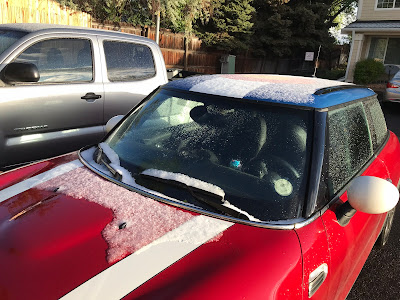 Managed to go to the gym at lunch for a strength class. Skipped my run, but did go for a walk with a to the lake. 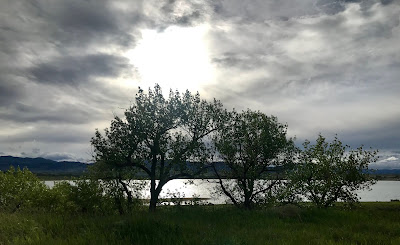 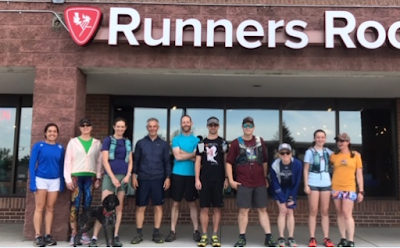 Opted to run the cow path again thanks to all the rain. Hard first miles (exploding calves and numb feet), but better towards the end. 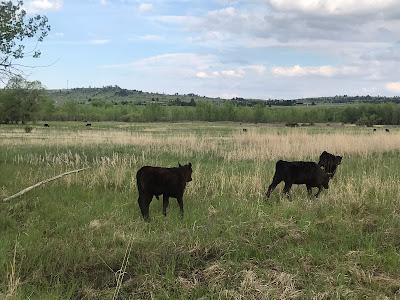 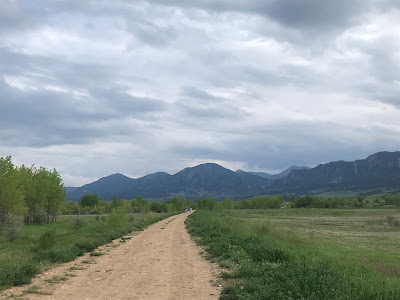 Picked up Domino's on the way home because we still have no groceries.
Thursday (25,531 steps) - Michael picked up A again for run club. I did NOT go to Belmar, however. Instead, I was so excited to have a non-rainy day that I went to Green Mountain to do some hill repeats. 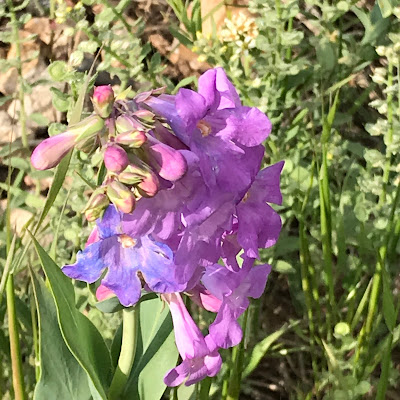 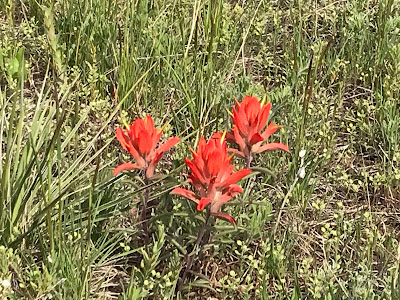 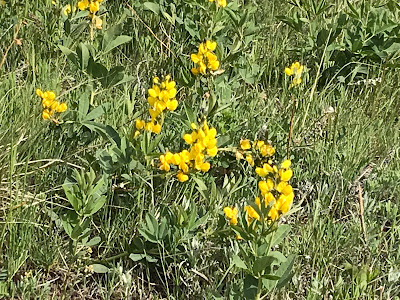 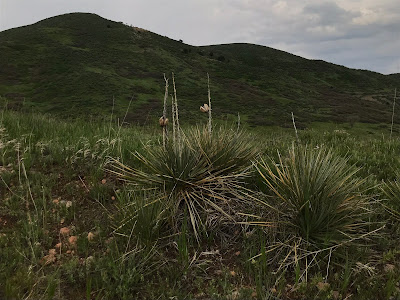 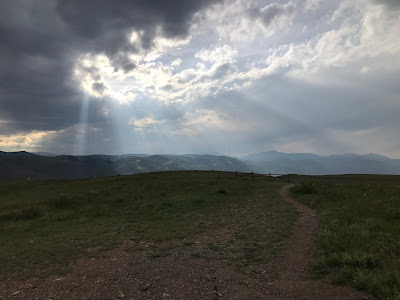 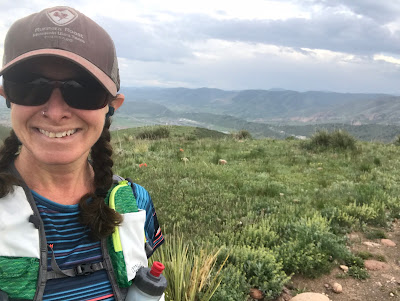 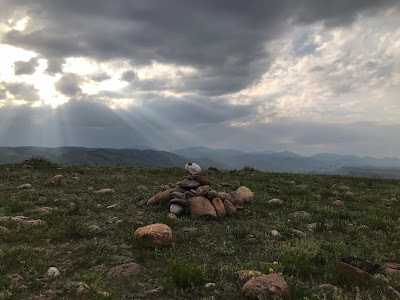 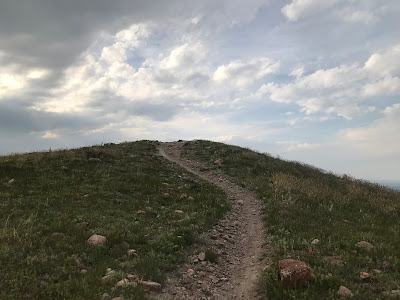 Just as tough as I remember. I was able to get three sets in, saw Jane on my last descent, then met everyone at Crazy Mountain for a beer. Starving, so we picked up some stuff from the Whole Foods salad bar. 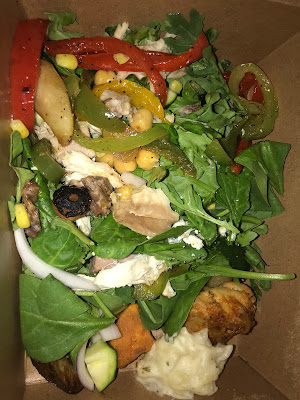 Friday (17,140 steps) - Core class during lunch. Michael was going to bring A directly to the Alamo, so I headed to Joyride for a quick beer before we all met up for a run around Sloans Lake. 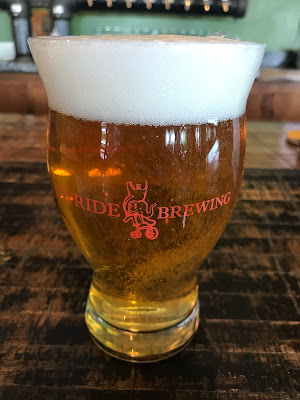 A bunch of us had plans to see Rocketman! Unfortunately, a computer glitch lost about half of our group's tickets, so that made everything a tad less fun. Loved the movie, though! Got our aid station ready and in bed way too late.
Saturday (43,830 steps) - Runners Edge! The pin for our aid station wasn't in the right spot, so by the time we set up we were running late. Barely got to the start before everyone was heading out. I felt like crap. The whole run was one big sufferfest. A ran with us for the first seven miles. Tyler was the only other one running long, and we did 18 miles total. Blech. 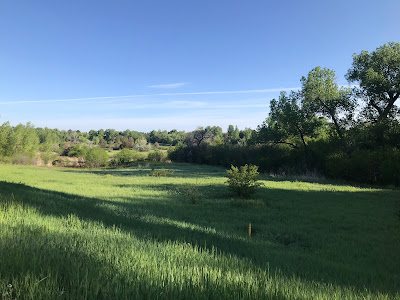 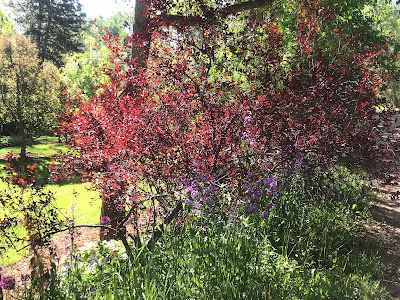 We did decide to get breakfast/beers after, so we went to Brews on Broadway. Delicious beer and random emapanadas & pizza. 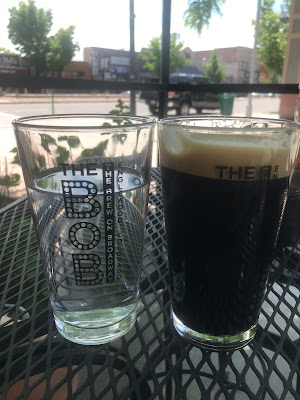 Showered and spent the afternoon cleaning. Ben came down again and we met up at Kokopelli for more pizza. Yum!
Sunday (9,729 steps) - SLEPT IN. Well, until about 8. We made breakfast (cinnamon french toast, pancakes and eggs). Took Pika on a walk to the lake. A had a Scout meeting in Broomfield, so Ben and I decided to check out the new brewery on the road to Boulder. Patio was really nice, and we both got brats from the food truck. 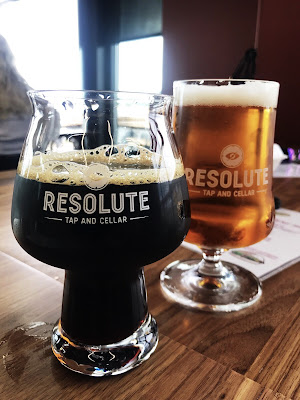 Then the storm came in and we had to move inside. Picked up some groceries on the way home, watched a movie.
Monday (19,862 steps) - Bah, Monday. Met Ben and A at New Terrain. Ben was running a big loop and A and I ran with Pika. A decided she wanted to go the steep way down instead of running the full loop. Pika was very concerned and it took a bit to get her moving again. 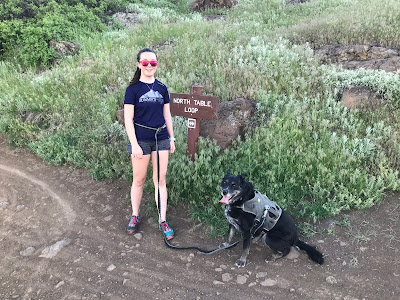 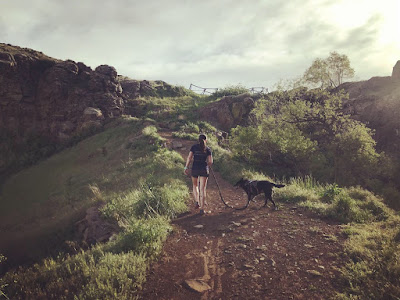 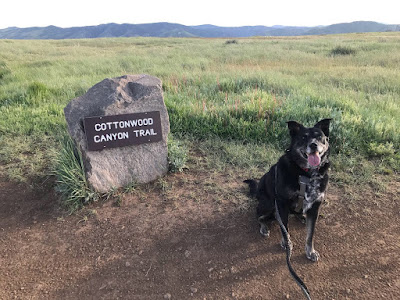 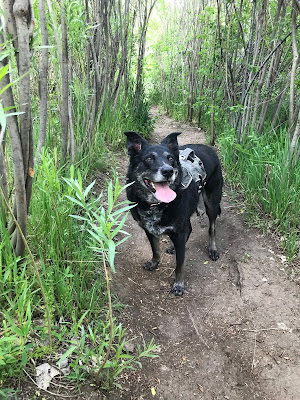 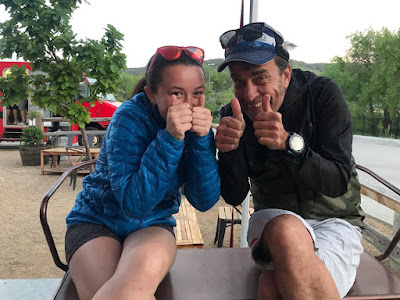 She is doing a lot better on the leash though. Beer and more pizza. (I think we had pizza five days this week).