Tuesday (9,583 steps) - Considering I didn't get to sleep until nearly 3:00, it was a miracle that I got up and was work on time. Took a strength class during lunch and skipped run club. First, because I was tired, and second, because Ben decided to stick around for one more day. I was pleasantly surprised with a birthday cake - so very sweet! 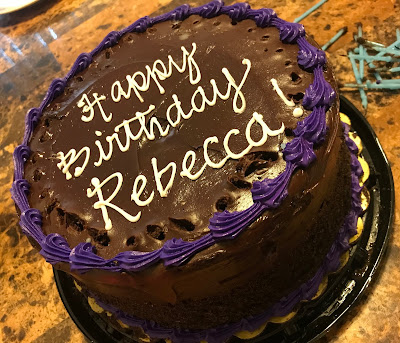 Watched a movie and in bed EARLY.
Wednesday (20,009 steps) - Raining. Again. Ugh. Headed up to Boulder for run club, and once again, we took to the cow path again to avoid mud. Fun night because we also had a BBQ provided by Saucony. 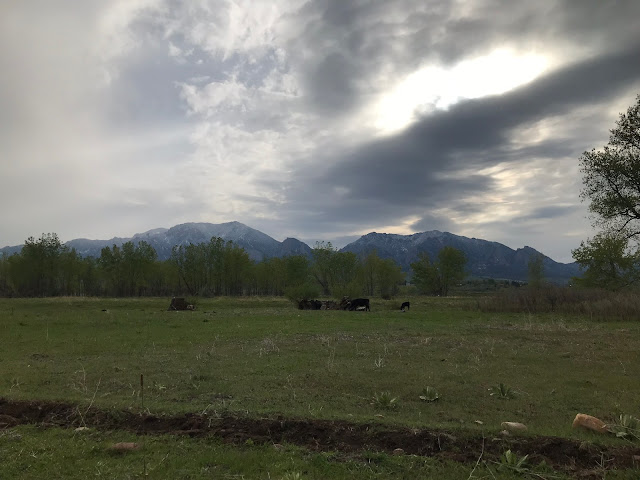 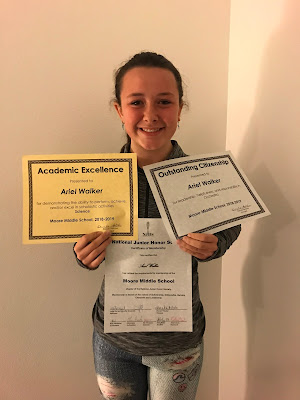 Thursday (16,309 steps) - Got the obligatory picture of A on her last day of school. Same shirt she wore on the first day, but different leggings. 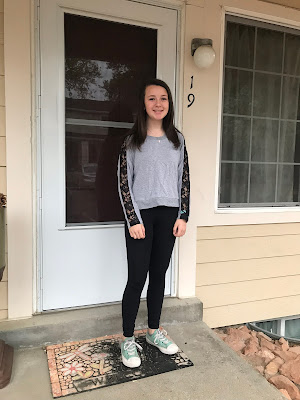 Michael offered to pick up A, so I headed right to Belmar. I got there early enough that I did an early little loop solo, then ran a second big loop with Mo and Colfax. 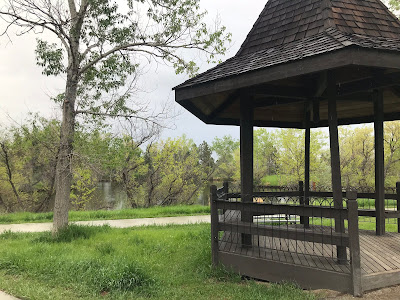 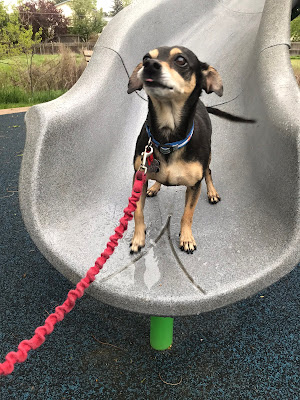 Friday (18,755 steps) - Random trip to the gym for a core class (because classes were already full when I tried to sign up after getting back from Georgia). Walked on the treadmill for a while and watched Blacklist since I had some time to kill. Got off work early for the holiday weekend (hooray!) Went to the store and then for a walk with A to the lake. 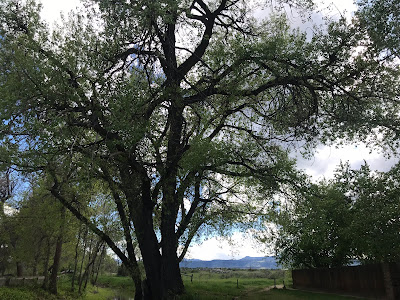 Aid station preparation and in bed sorta early.
Saturday (39,114 steps) - Runners Edge! I had 16 on schedule and was REALLY not feeling it. Helped that Tyler and Lisa decided to run with me, or it might have been a lot more miserable. 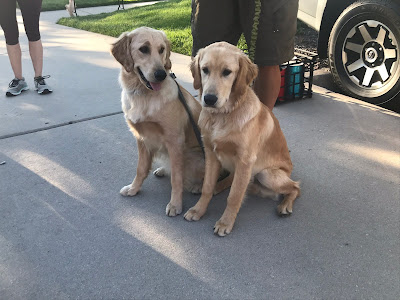 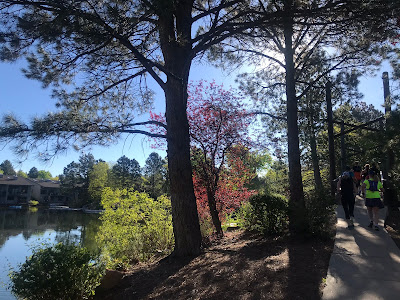 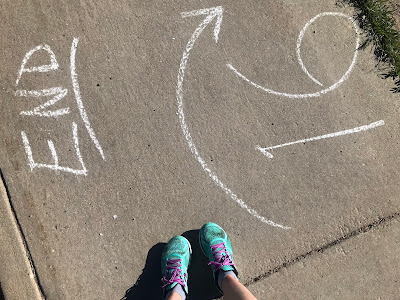 A and I shared a sandwich and pastry before picking up our aid station. Kristin texted on the drive home that she was at 4 Noses for their 5th Anniversary celebration, so I dropped A off at home and met her there. 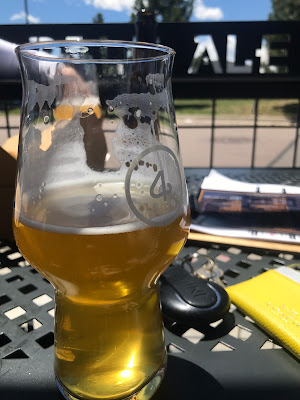 Then I went up to Boulder to register Ben for the Bolder Boulder - I had won a few comps at Belmar, but online registration was already closed. Pretty much a pain to do that, but I didn't want to be stressed out race day. 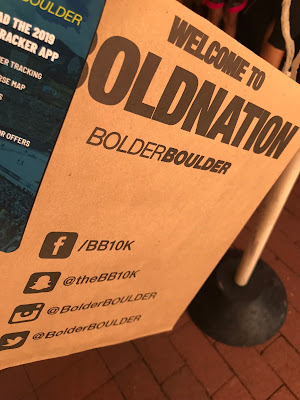 Shower, tried to nap. Met Ben at 4 Noses, then we picked up Torchy's.
Sunday (20,664 steps) - Met up with a group (Pete, Janet, Alison, Kristin, Doug, Tyler, Jeramiah, Lisa) at New Terrain to run the big loop at North Table. A decided she would walk with Pika and Ben actually was going to run (?!). He actually is a total stud, and not only did he run nine trail miles, he actually was in the lead. 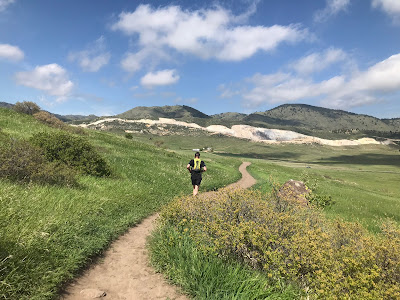 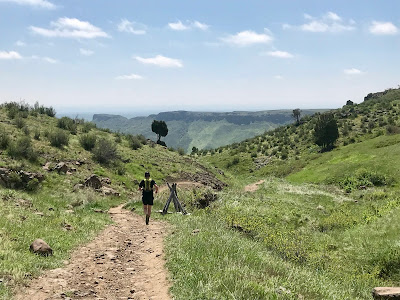 Got some food and drinks before heading home. No recollection of what else we did during the afternoon, but we eventually went to this dive restaurant by my house where we got random fried pickles and burgers. Pretty tasty!
Monday (22,167 steps) - Bolder Boulder! Our initial goal was to aim for two hours. However, since we actually started in our correct wave, there was more running and lines were not as long for our extracurricular activities. It was a blast running with the Roost wave again! 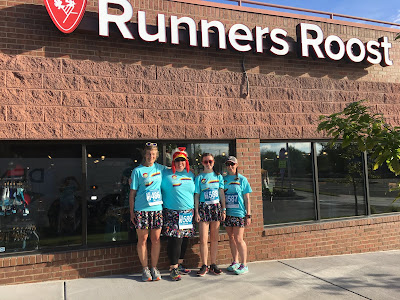 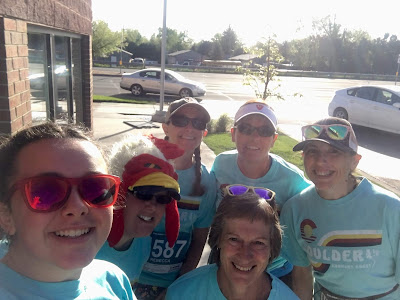 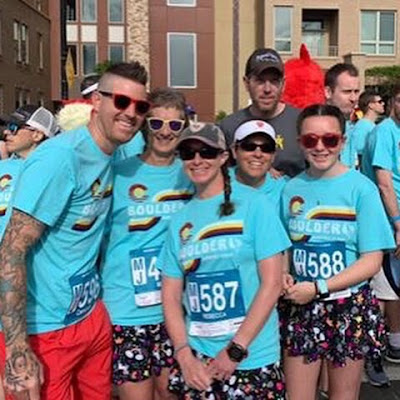 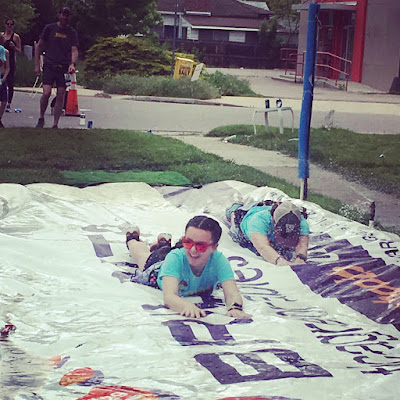 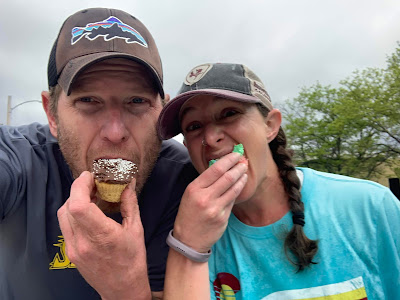 After getting our free beer at Under the Sun and a small breakfast, we went home to get Pika and then went to Rachelle's house for a BBQ. Oddly, Rachelle wasn't even there, but we still got some free food. Kokopelli on the way home, bed relatively early. 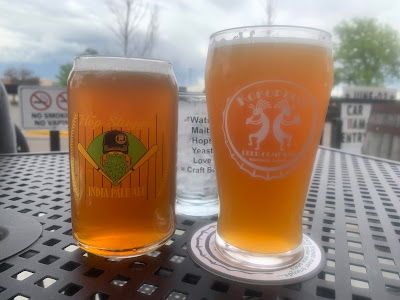