Tuesday (18,689 steps) - Strength class during lunch. Milk Market run club after work - only on my walk over I got an alert that it was starting at 6?? It's always been at 5:30. Sure enough, nothing was out when I arrived at about 5:10 so I went for my 3ish mile run and when I got back Patrick was there by himself. I mentioned that the lack of communication on social media may be why the run club is floundering. 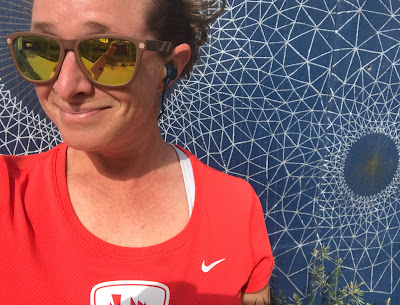 I had a beer while I waited for the few people that showed up to run. They didn't provide food this time, gift cards again - $20! I got a chicken sandwich and side of mac (to go) - picked up A at her friend's house, took her home so she could pack for a sleepover, then drove her back over. THEN I got to eat. Sheesh.
Wednesday (22,960 steps) - Core class during lunch. A was staying with her friend for a second night, so I was off to Boulder by myself.

It seems that all the other "back of the pack-ers" took the night off, as once again I was dead last for most of the run. We ran a route I actually really like, and for some of it, we were split into two groups. 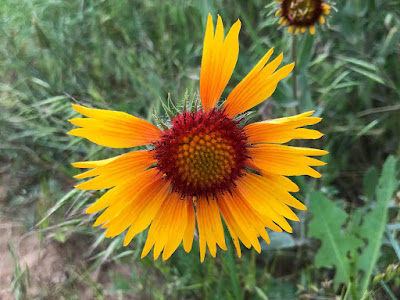 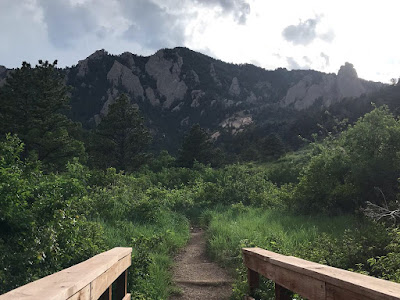 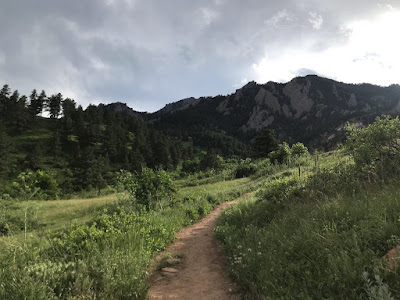 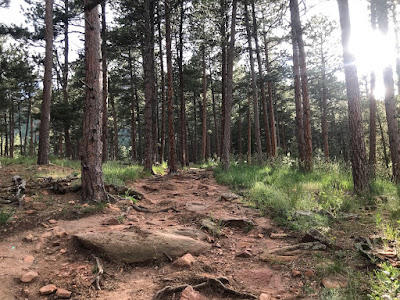 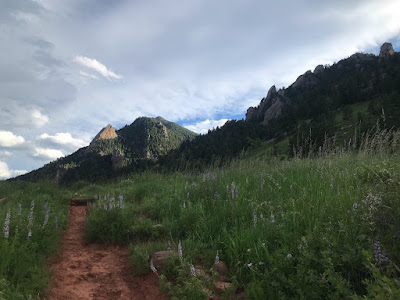 Most of the time, however, I would be in sight of the junction and all the fast people would be taking off. Oh well.
Grocery shopping at the fancy King Soopers.
Thursday (13,342 steps) - Went to Berkeley Park for the Hardrock event. A and I walked around the lake and then hung out for food and raffles (which sadly, neither of us won anything). We were also able to get Smartwool Hardrock shirts for only $30!! 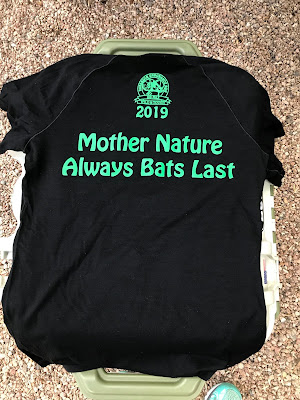 Friday (8,697 steps) - Core class during lunch. Exciting afternoon as there was an underground electrical fire on the street by my office and it took me forever to get back to work. 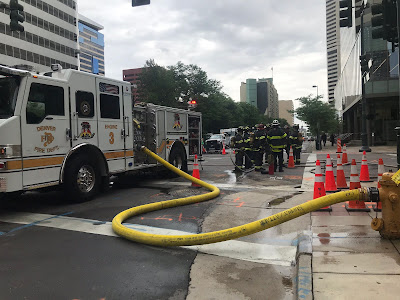 Drove down to Highland's Ranch for my oil change and found out that Lucy was going to need brakes too. They wanted to give me a loaner, but I was like, good lord, I will wait. Actually got out in about two hours. Stopped at a new-to-me brewery on the way home.
Saturday (16,746 steps) - Up relatively late (for a Saturday) to pick up Brandon and drive to the grand opening of the new Aurora Runner's Roost location. It was raining pretty heavily for the entire drive, and it was 43 degrees when we parked the car. The rain did taper off by the time we headed out. 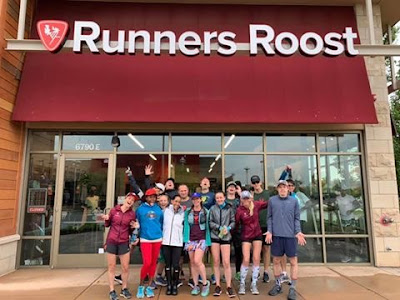 I had plans to run 4-6 miles and talked A into an "easy" 5. Between miles 3 and 4 it started to rain - which was unfortunate since I'd opted to leave my rain jacket in the car last minute. Stuck around for raffles (A won socks) and bought a pair of clearance Patagonia sweats. 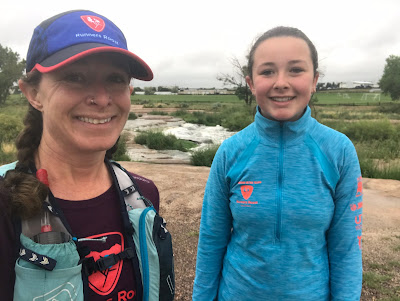 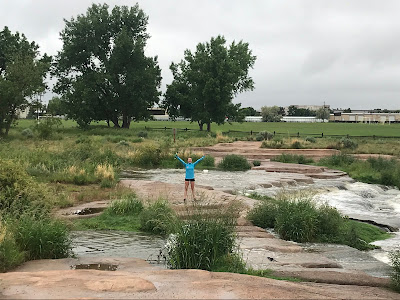 Dropped off Brandon and then went to the rec center to get our Hyland Hills rec cards. Quick and easy, and only $10 for both of us. Now A can go to Water World while I work. Lucky girl. Met up with Tyler because he is checking out our neighbor's house!! After we went to the open house we went to Torchy's for a late lunch. 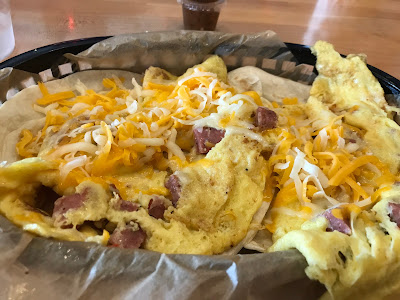 THEN, we went to Amy's housewarming party. After looking at the completed house (and the before pics) - it is truly incredible what she did with the place. 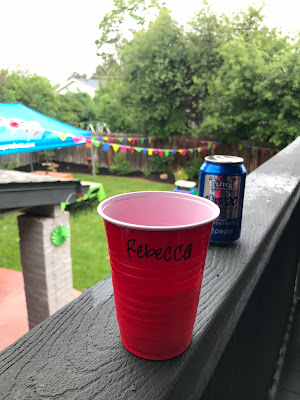 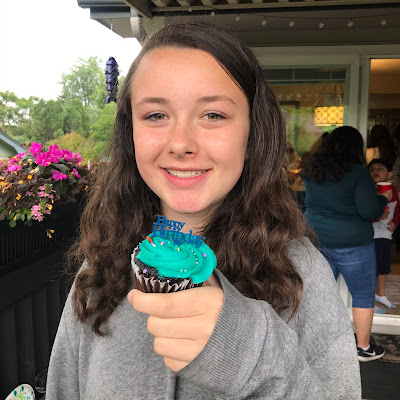 Around 7 we met up with Ben at Periodic for Megan's birthday. Had a few beers and then picked up Torchy's for Ben on the way home. 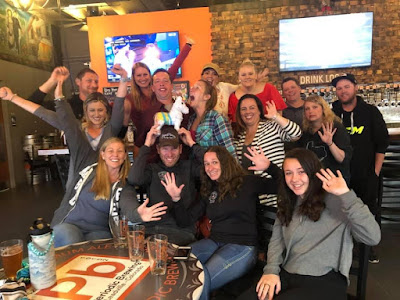 OMG SO MUCH STUFF DONE TODAY.
Sunday (11,845 steps) - Stayed in bed until 9:30!!! Nothing on the agenda other than finishing laundry and finalizing as much packing as possible.
Ben decided to go for a run around noon, so I took Pika for a walk to the lake. 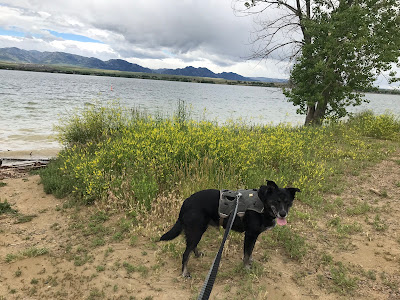 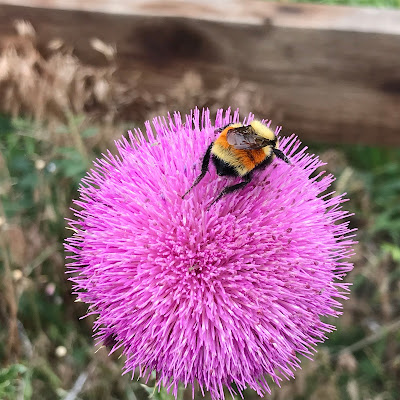 We got rained on (AGAIN!). We went to 4 Noses and had some brews and burgers. Delicious!
Spent some time on the patio at home before deciding to walk to Sideways for some snacks. Pretty early night though.
Monday (20,086 steps) - Up crazy early. Took a strength class before going to the office. Having to work through lunch breaks because I don't have enough PTO is the worst. New Terrain run club! I planned on taking it easy so I offered to run with Pika so Ben could run long. Last minute he decided to do the short loop with the group. Pika was not having ANY of it. I think she was just super hot. The way up was so slow. Better on the way down. 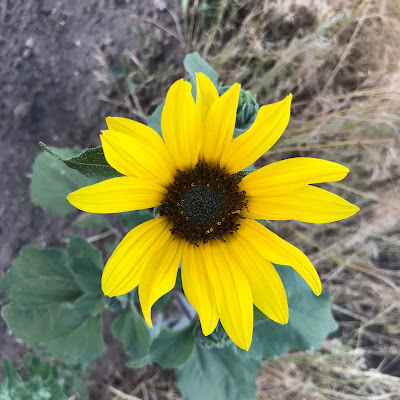 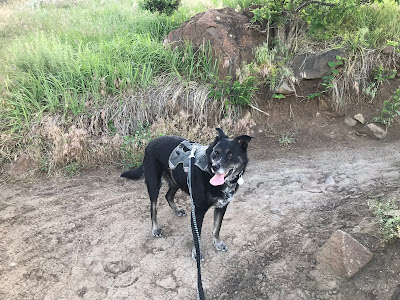 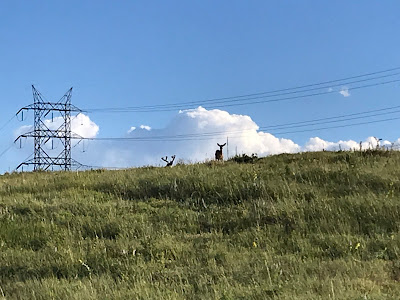 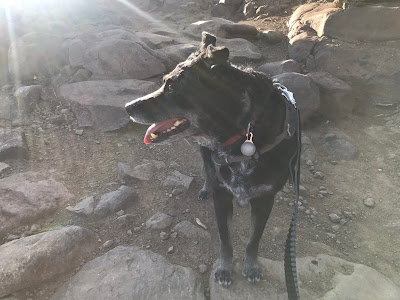 Beer and then picked up Torchy's for dinner (yes, again).
Stats: