Tuesday (12,371 steps) - Spelling Bee at A's school! She didn't win, but she did make it to the 6th round this year, which was one round further than the kid that won when she was in 3rd grade (also her age). Very proud of her, and she seemed pleased with her performance. 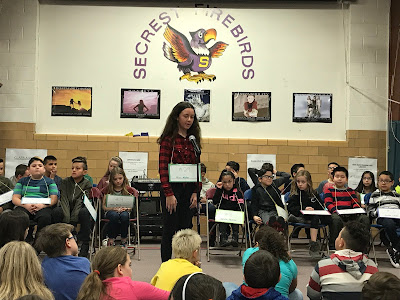 Met up with Ang and Dulce at Sloan's Lake to do a 5K to help Ang get her medal for completing the virtual Polar Bear 5K. Slow going and it was pretty cold by the time we got done. 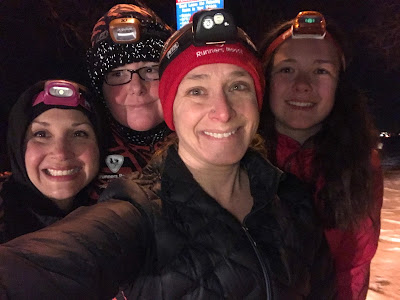 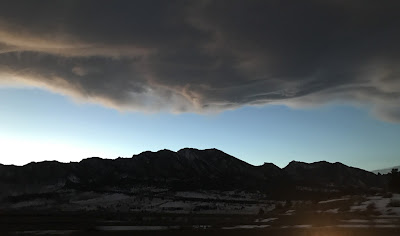 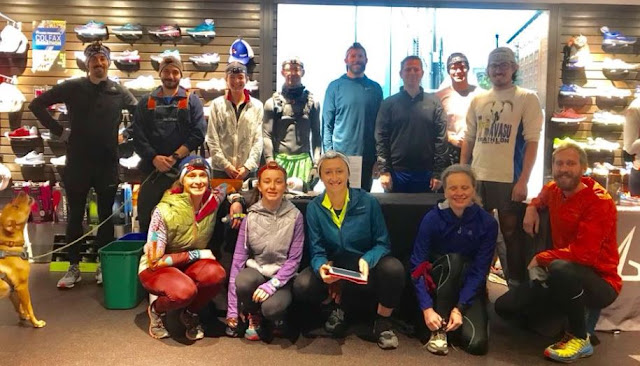 With John gone, the super intense people are picking tough routes! This route had us going straight up Bear Canyon, with a little loop (I think) in Fern Canyon. It was still super snowy, and Kristin, A and I were in the very very back. At the last meet-up we opted to turn around, with Phil joining us. We still got in 6.5 pretty tough miles. A won a Roost beanie in the raffle (I won too, but there wasn't prize I wanted, so I gave it away to the next person). Southern Sun after to share a grilled cheese and for me to have a beer. Criminal Minds, bed.
Thursday (10,831 steps) - Belmar run club! I had 5 miles on schedule, but didn't have enough time. Did the big loop with Samm and Dulce and then the little loop solo. 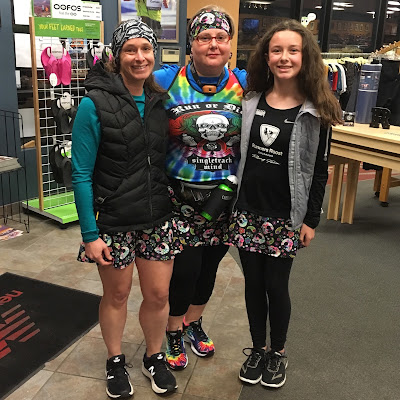 Actually felt mostly good the whole time. Could there possibly be a light at the end of the tunnel? I'm so tired of feeling crappy.
Friday (10,635 steps) - Barre with Sienna because Sasha was out sick. Not my favorite class. Warm up was weird and I did NOT like using the gliders while in flat-back chair. Just no. Walk around the lake for our Strava streak mile, although we ended up jogging some because it was so incredibly windy. 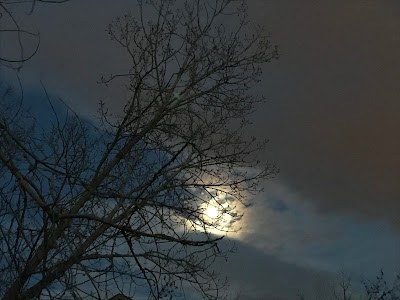 Saturday (31,895 steps) - Runners Edge Broomfield. A walked 9 miles with Pete and Janet (she still isn't feeling 100%) and I ran 14. The first 10 or so weren't terrible, but miles 11-13 were not my favorite.
Grocery shopping and cleaning. Went to Ducle's house for another friend family (breakfast for) dinner, complete with mimosas! 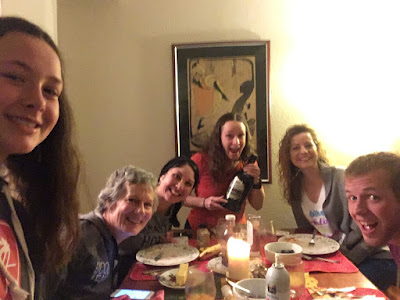 Sunday (16,880 steps) - Met up with Jandy at New Terrain for a run at North Table - she had never been there! We did 5ish miles. Legs were tired and the trails were pretty muddy, but a fun time. 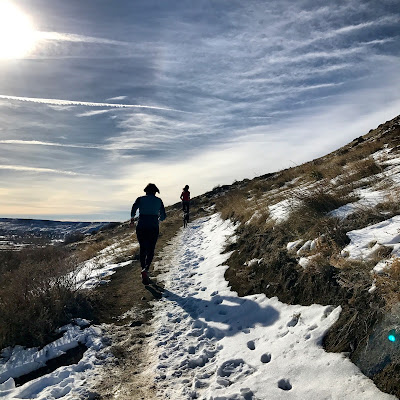 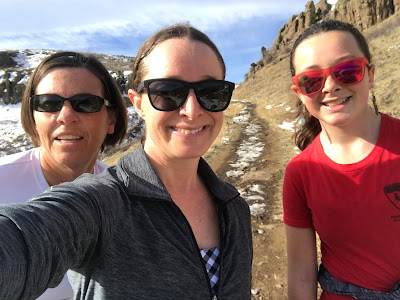 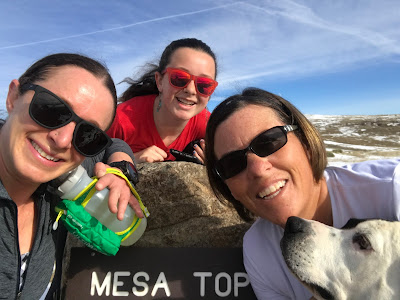 Got breakfast at Big Daddy Bagels before going home for EVEN MORE CLEANING. We are pretty much done at this point, just a little bit of stuff here and there. So awesome. 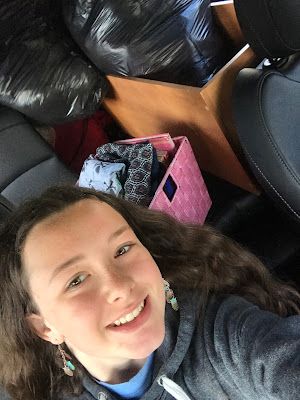 Monday (8,488 steps) - Walked around Lake Arbor to get our one mile walk in. Nothing else.