Tuesday (14,310 steps) - Got there a little late, but went back to the Sloan's Lake Tap & Burger for run club. (We may do this instead of speed work, undecided). Ran just over 4 miles with A and Dulce, and then had delicious pasta and salad. A sold more cookies. Home late-ish again. 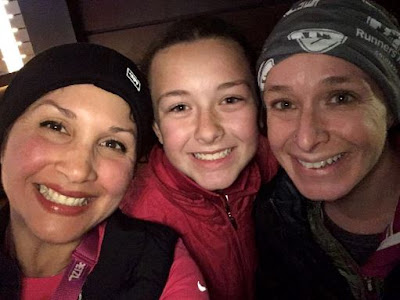 Wednesday (21,075 steps) - Roost Boulder run club! We were heading out on a semi-new trail! I'll have to run this again when I can actually see what's happening, it seemed like it would be really pretty!

After the run we went to Under the Sun where we had some food/drinks and A sold (A LOT) of Girl Scout cookies.
Thursday (12,491 steps) - Roost Belmar run club! Newton was there for shoe demos, and I tried the new Gravity - mainly because they are really pretty! I have been wearing Newtons as my primary road shoes for many years, so it's always a treat when the rep visits. The park was closed, so we ended up running to Addenbrook Park and back. It was kind of a meh run, but warm enough for bare legs! 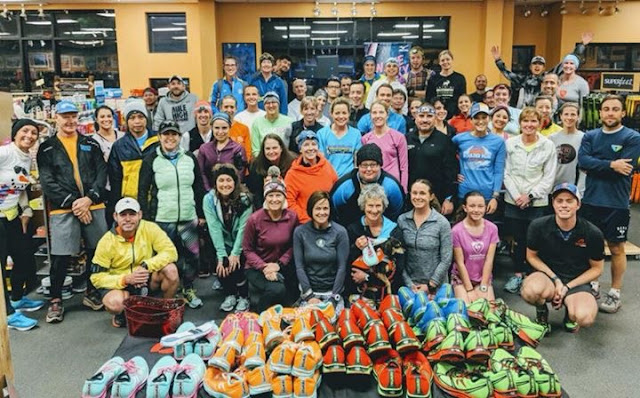 Friday (6,679 steps) - Barre with Sasha. A went to a sleepover. I made a complicated cake for a friend with lots of allergies and watched a few episodes of Game of Thrones. 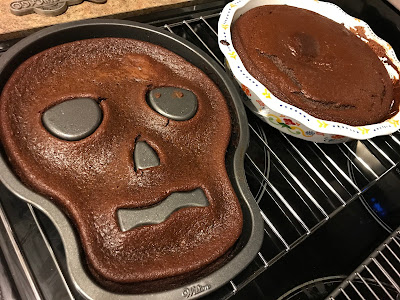 Saturday (18,737 steps) - Runners Edge Lakewood. It was cold and snowy. Really happy I only had 8 miles on schedule.
After I picked up my aid station I headed home for a super quick shower, picked up A at her friend's house and then braved the treacherous roads to Boulder to sell more cookies at Under the Sun. Not quite as many sold, but I enjoyed a delicious breakfast burrito and a stout. THEN, we headed down to Dulce's for Valensgiving! A great evening with food and friends. 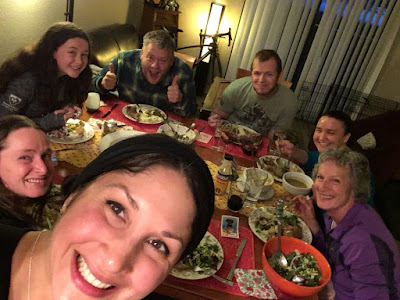 Most people didn't have a stellar day, which helped to get 7th place! Plus, I won a $25 gift certificate to Runner's Roost - good day!
We went door to door selling cookies for about a half hour, and A did surprisingly well. Jan picked her up for a Scout meeting and I had lunch and watched more Game of Thrones. Before picking up A I dropped off 3 boxes and a bag at Goodwill (things are coming along!). Panda Express for dinner and getting caught up on Law & Order.
Monday (9,897 steps) - Runners Roost Stapleton run out of Cheluna Brewery! I ended up running with Jason Romero - and... it turns out we used to work for the same law firm years ago. Small world! Stayed out way too late playing trivia, BUT, we came in second place!! Fun night.
Stats: