Tuesday (16,421 steps) - Speed work! This was another tough one. I have always struggled with tempo pace, and this was no exception. The warm up was done at a 10:29 pace, which is pretty fast for me. Since I'm not really training right now, I opted for just one 1.5M "repeat." The first mile-ish was almost bearable, but I had to walk (again!) to get the cramping out of my legs. So my "fast" tempo pace was slower than my warm up at a 10:38 pace. Bah. A decided to keep doing 1.5M repeats with Lisa (because she is CRAZY) and I moved on to my 400m repeats with .3ish mile recovery. Pretty pleased overall with the pace on these. I did not have much left after these 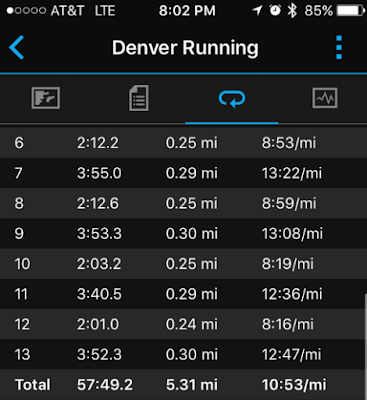 Wednesday (19,061 steps) - Runners Roost Boulder trail run! With the impending "arctic freeze" and snow finally heading our way we really wanted to get on the trails.
The first mile or so SUCKED - I'm so tired of the cramping/tightness in my calves, it's so incredibly frustrating. 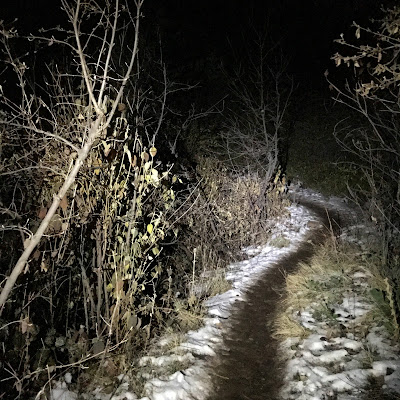 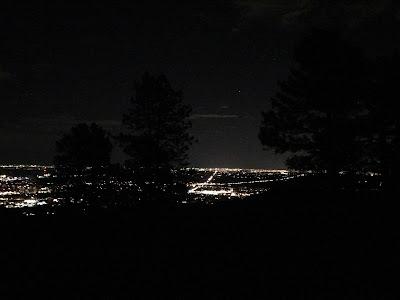 Finally started to feel better, although this might have been the slowest we have ever done this loop. A pretty much smoked me on this run, but even the downhills were tough on my legs. Other than the wind, this was an unbelievably warm December run - when I took the picture at the summit my phone said it was 54 degrees!! Back at the store for chips & salsa and quesadillas from the Southern Sun, and raffles! I won some cool stuff from our buddy Clarke with Nathan: 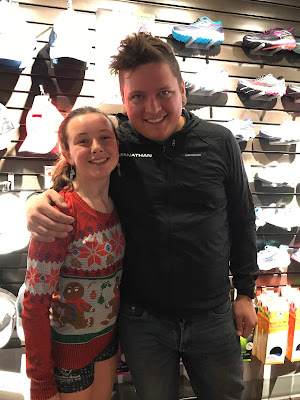 I had also received a free pint coupon for Under the Sun. With A being out of school we decided to cash it in. We met up with the rest of the Roost crew and had a fun evening out - a very fun and LATE evening out - we didn't get home until 10:15!!
Thursday (9,472 steps) - Belmar run club! I wasn't sure if I was going to run since I'd had a pretty heavy run week - ended up running the big loop (slowish) with Dulce. It was pretty damn cold. 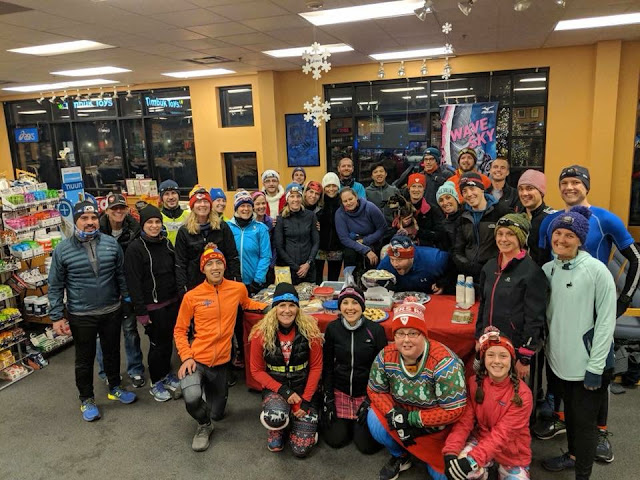 We stuck around long enough to eat cookies from the cookie exchange, then stopped by to visit with Phil for a bit.
Friday (7,547 steps) - Barre with Karen (wah, she was subbing for Sasha). Nothing else, other than eating. In bed late.
Saturday (23,802 steps) - Special Runners Edge "Christmas" trail run. I was relieved/happy to see that David had picked North Table. We were starting in town and running the big loop around the mountain. A took off with Christine, so I ended up running by myself, although I did catch up to them on the summit when they made a wrong turn. 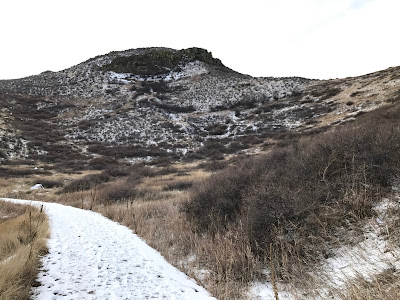 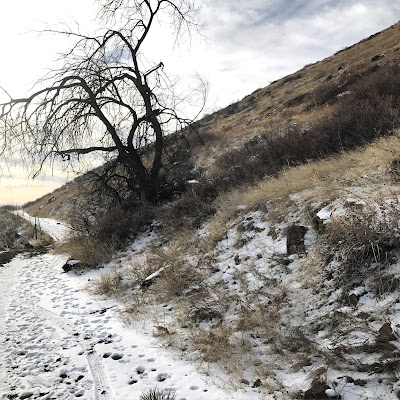 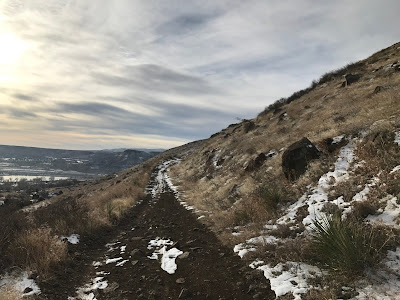 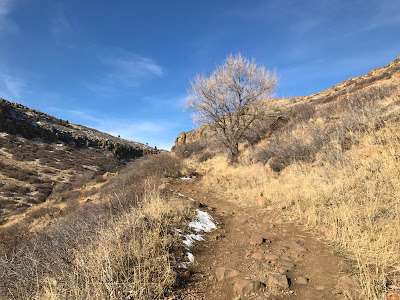 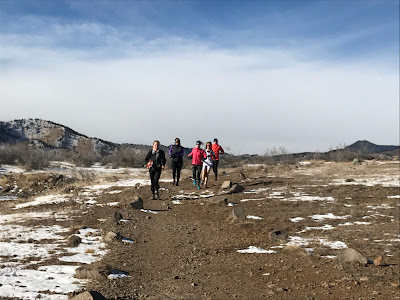 We had breakfast at a bagel place. Home to shower and then picked up Lisa to head over to Fiction Brewery for the release of their "Donut Panic" oatmeal stout. 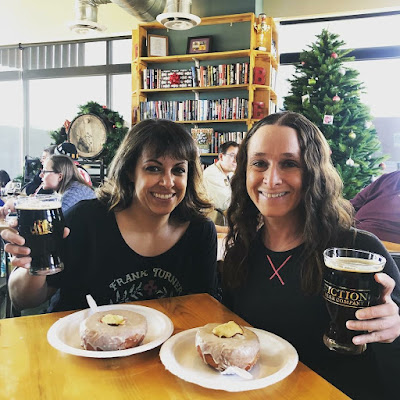 THEN, we went up to Heather's house in the mountains for "friends Christmas." We ended up rushing out in a hurry because it had suddenly started blizzarding. Terrible awful drive down Coal Creek Canyon, (19 mph in 2nd gear) with frozen windshield wipers. Ugh. I hate winter so so much.
Sunday (16,471 steps) - Met up with a group of folks to run Waterton Canyon (I think for the first time all year). A ran the first couple miles with Jen and Jared, and then waited for me and Kristen. We saw a huge herd of sheep at mile 3 - so cute! My watch went berserk (maybe it froze?), saying I ran 8ish miles, but I had only done 7. Yay bonus mile? 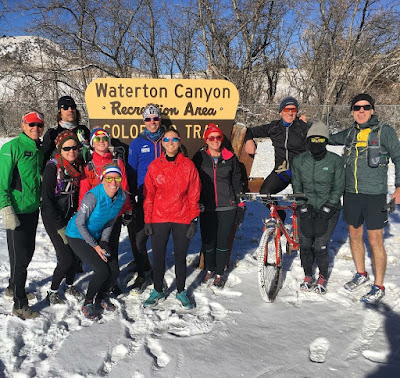 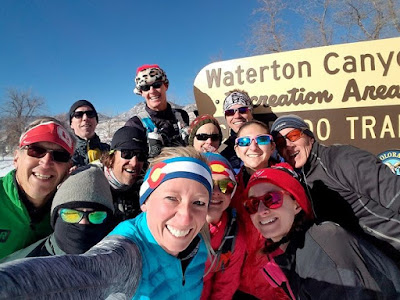 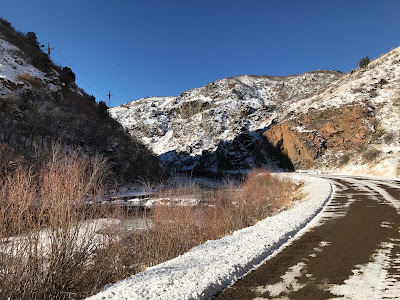 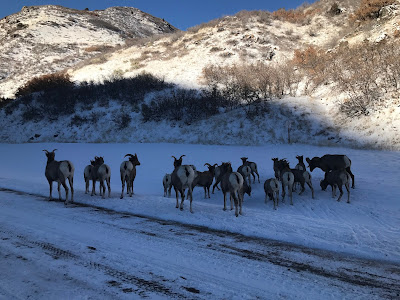 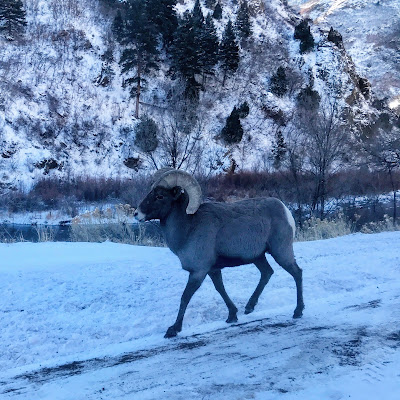 We went to Breckenridge for a beer on the way home - which was a LOT of fun. 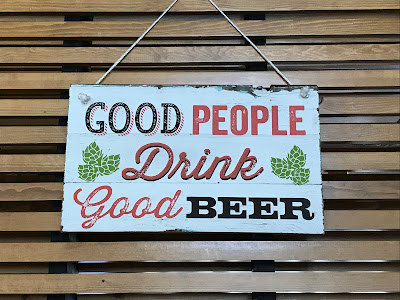 Picked up Tokyo Joe's on the way home before everything closed. I napped on and off for a few hours. In bed late, again, because we were watching Rock of Ages and then Armageddon. A opened her one Christmas Eve gift - which ended up being a new pair of PJ's and money from her grandparents in Texas. 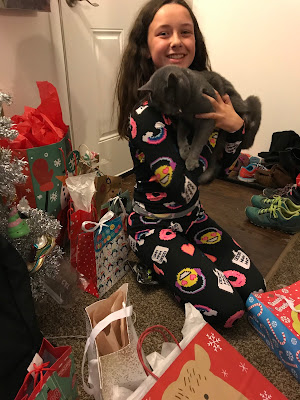 Monday (1,865 steps) - A didn't wake me up until about 7:30. We opened our few gifts, then finished watching Armageddon. A drew me a super cute picture - I am going to frame it for sure! 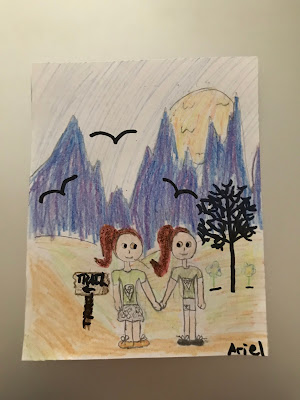 Quick shower and then over to Kristen's house for brunch.
Super fun casual morning with homemade donuts, tamales and coffee with Bailey's. We put together a puzzle and then played Metagame (although a lot of them were complicated, so we kinda went Apples to Apples style) - which I WON. THEN, around 3:15, we headed over to Jessa's house for Christmas dinner. Feasted and then socialized until about 7, when we headed home so I could do LAUNDRY. This weekend FLEW by. (And as you can see, I did not move AT ALL, ALL DAY).