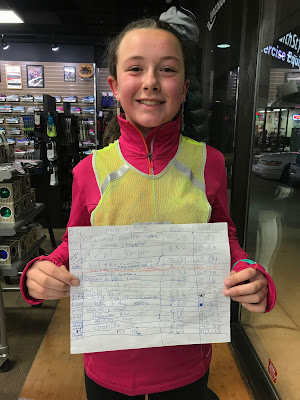 Wasn't sure if I would be able to run, but it turns out that not only could I run, I ran decently "fast" for me. Stuck around for a Q&A with author Jonathan Beverly. 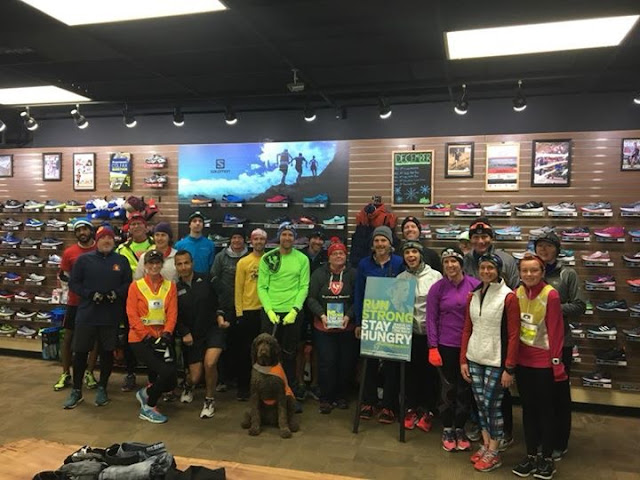 Thursday (11,915 steps) - We had plans to go to run club in Belmar, but there were SO MANY ACCIDENTS that there was no way we could make it there. We went to Berkeley Park instead and ran 3ish snowy & windy miles. 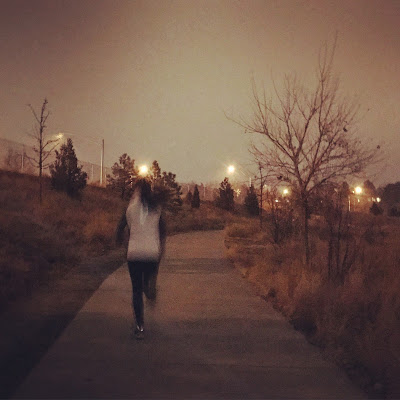 Friday (10,836 steps) - Barre with Sasha. My ankles were killing me, and also, still not recovered. This was tough. Saw a pretty great sunrise on the drive home. 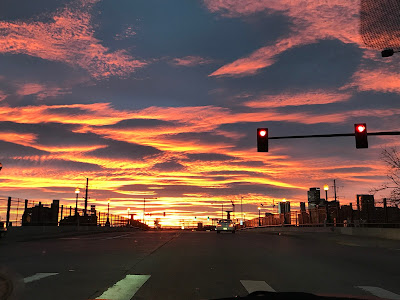 Grocery shopping, epsom salt bath.
Saturday (17,506 steps) - Runners Edge Lakewood! Dulce and Matilda joined us, super fun (slow) 7 mile loop. (I'm in the picture below, somewhere. A is right up front, sort of to the left of the dogs). 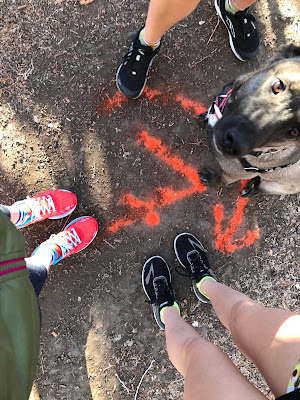 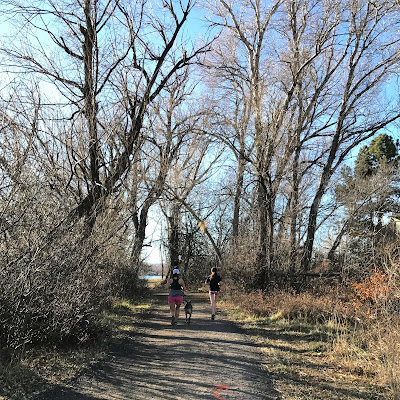 We stayed at the store until almost 11 and then headed over to Roost Denver so I could take advantage of the free muscle sound body composition scan I had won at Ladies Night. It was SUPER COOL. Instead of the "pinch method" for calculating body fat and lean muscle, this process uses ultrasound technology. I was pleasantly surprised to learn that I am "lean." Who knew? We had a coupon so went to Old Chicago's for lunch, then at home took a 2 hour nap. Lord, how am I ever going to get back on schedule? Went to Ben and Carrie's house for a few hours to celebrate Katrina's birthday.
Sunday (9,758 steps) - Day of nothing. Actually, we went to Torchy's for breakfast, A got a haircut, went for a walk to the lake, and then I took a barre class. 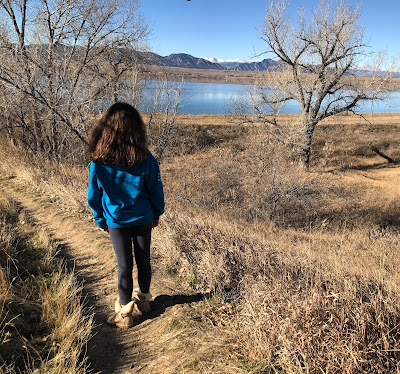 THEN it was time to re-watch last week's Walking Dead (since I didn't remember any of it) and then the fall finale. oooomg.
Monday (16,453 steps) - Krampus trail run at New Terrain! Surprisingly "warm" evening in the low 40's and pristine trail conditions. My fire calves were acting up so I had to walk up most of the ascents. A's headlamp was going out so she had to run really close behind me, and at one point slipped into me an had her second trail fall ever. She was fine but it shook her up. Slow descent as a result. 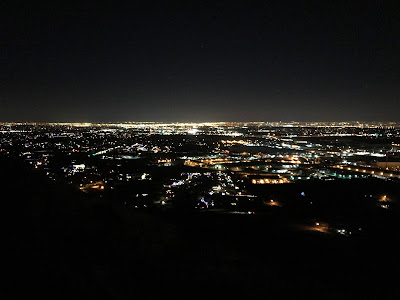