Tuesday (3,959 steps) - Dead from the plague. I got up to take A to Student Council / school and then promptly went back home to lie on the couch, where I would remain all day. During the day I got caught up on my American Horror Story and watched a bunch of episodes of Snapped until it was time to start watching the election. Right off the bat I had a bad feeling about it (which later, of course, turned out to be true). I picked A up at school at 5, went to the library to return a book and then went to gymnastics. I streamed the election on the CNN app the entire time. When we got home, A made breakfast for dinner (which was awesome, since I wasn't feeling well). Went to bed before Trump was announced the winner.

Wednesday (15,010 steps) - Feeling a lot better, but not happy about going back to work. I left work to pick A up at school and she came to hang out with me for the last hour. At 5 we headed down to the Denver store for the Cookie Cook-off! A and I ran a few miles with Colfax and then ate cookies until we could eat no more. Well, to be fair, I really only had a few since I still was feeling icky. Bed early.
Thursday (11,997) - Went to Laura's barre class during lunch since I missed on Tuesday. Unfortunately, the Fuzed class wasn't a big hit, so it has been eliminated. It is still a great workout with Laura. Left work about a half hour early for A's first orchestra concert! 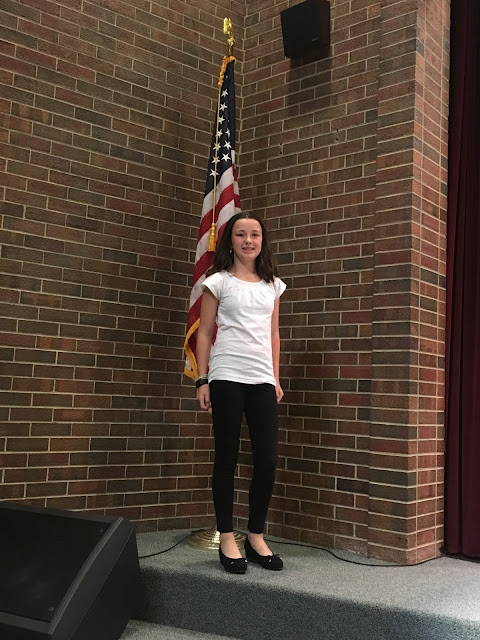 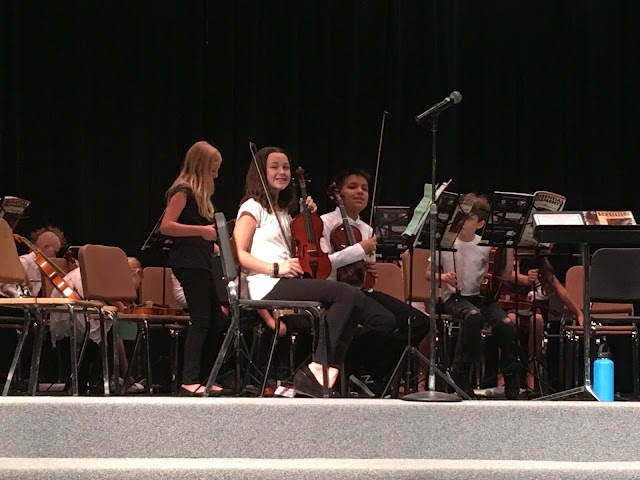 We got there early enough that I was able to get a front row seat and she was able to be in the front on the end. The kids were super cute and A did a great job. I, however, sat next to the most RUDE family on the planet, and they talked throughout the entire performance. The big surprise of the night was that each kid got to bring someone on stage and "teach" them a song that we then had to perform. It was actually a lot of fun. Picked up some groceries on the way home. After dinner we made mini oreo cheesecakes for A's party.
Friday (10,742 steps) - Took A to the dentist before work, and of course she had a fantastic check up. 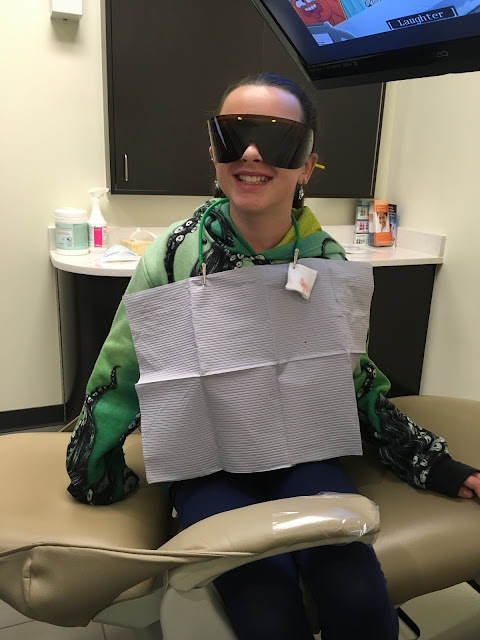 After work we met up with Amy, her son and her son's friend at Old Chicago for dinner.
Then we went to the Denver Escape Room. We had picked the room "Grim Stacks" - which to me was kind of Harry Potter themed. We were on a roll solving the puzzles until we got held up with a lock that none of us apparently knew how to reset. Technically we failed, although I feel like if we had known how the lock worked that we probably could have solved it. So much fun, we have been talking about wanting to do another one. 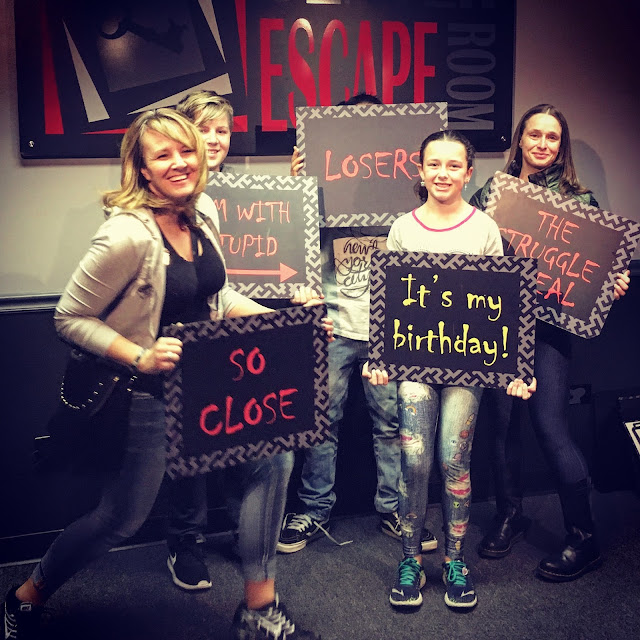 Saturday (28,122 steps) - Drove down to Greenwood Village for Runners Edge. In my head, I initially thought I might run 12. Then I thought I better not, needing more time to get home and shower and get ready for A's party. Turns out that I was still feeling kind of icky, so I only did 8. 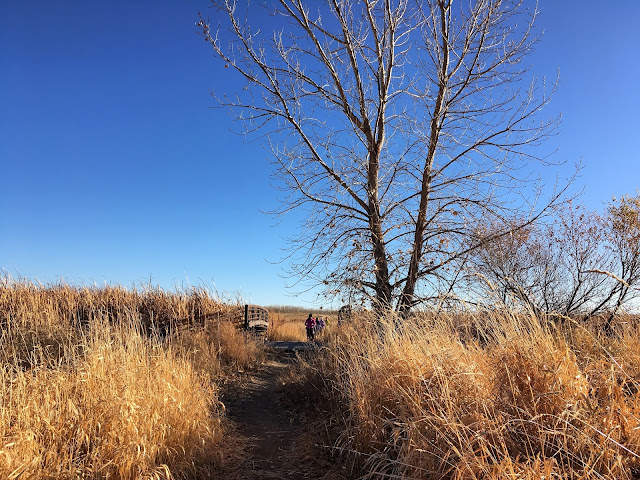 Drove home to shower and get ready. We were on time to the pool party, yay! A bit of a misunderstanding regarding what I actually PAID for ensued, as I didn't realize that I had to pay for every single person that came, regardless if they were swimming or not. We ended up having cake and presents on the patio (IN NOVEMBER) to get around the whole fire code thing. 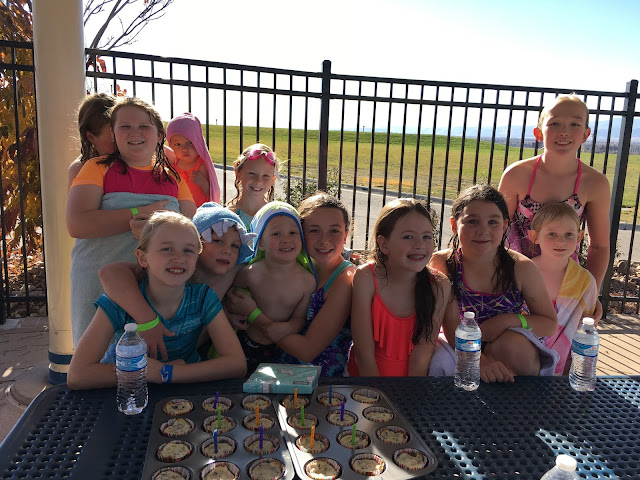 A had invited her friend over to spend the night, so when we got home they each showered and then played around on the Wii until about 5, when we headed down to Heather's house for "game night" aka, Ariel's surprise birthday party. It took her a LOT longer to realize that we were having a party for HER than I expected. 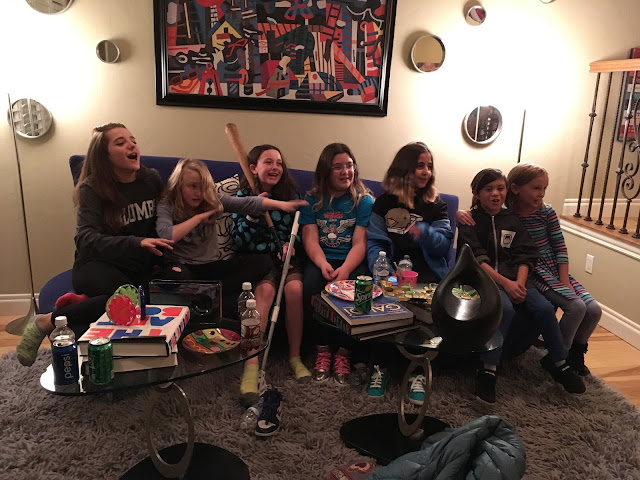 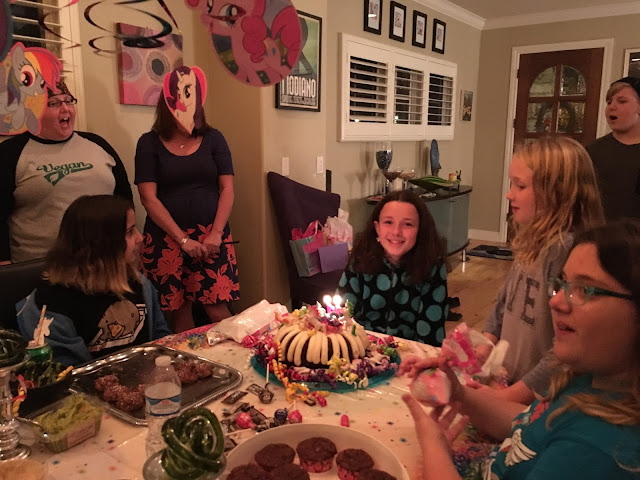 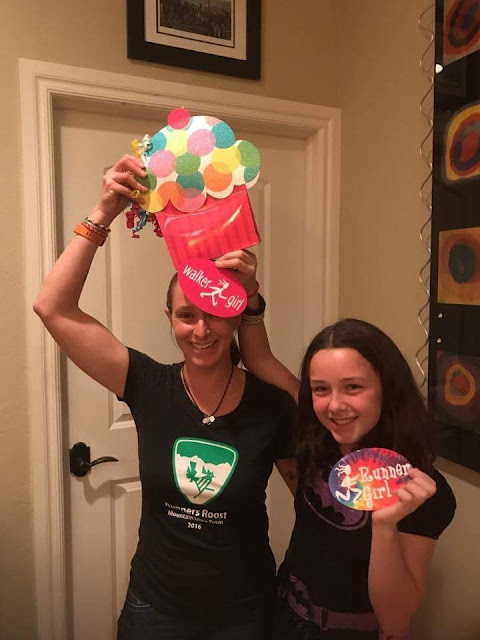 It was an amazing night and it was great to see so many people gathering for A, and knowing there are a lot of people that love her as much as I do. It was after 11 before we got home, and the kids fell asleep immediately.
Sunday (13,312) - Managed to sleep in until 8 or so. Ariel made us all breakfast, and while the girls played around on the Wii, I did chores. Rachelle's mom picked her up around 10:30. A and I went to the grocery store, watched the Broncos win, and made MORE cookies (for the work charity bake sale and for A to take to school). We went to barre at 4:15 and then went to the Ale House at Amato's for dinner with Mo. Walking Dead and then bed.
Monday (steps) - A's 11th birthday! 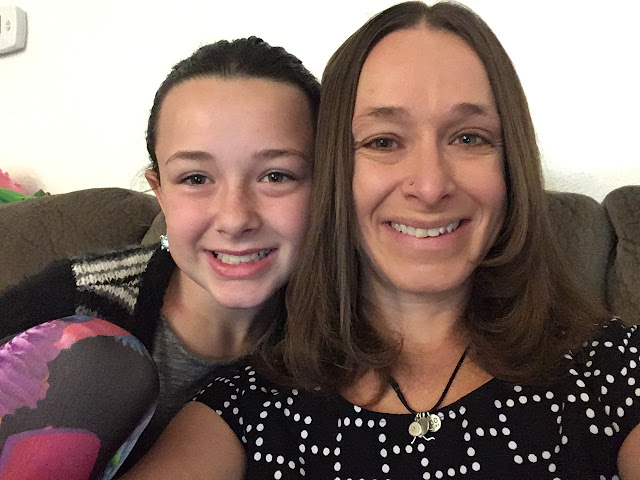 Got up early to open her gift from me and share coffee/hot chocolate before school. Left work early to pick A up from school. 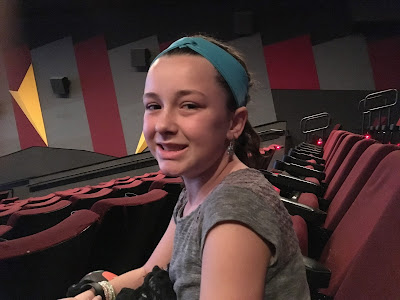 We went to see Trolls, which was super cute, and then dinner at Sweet Tomatoes - which A got for free since it was her birthday! A's soccer coach sent their end of season pictures - so cute! 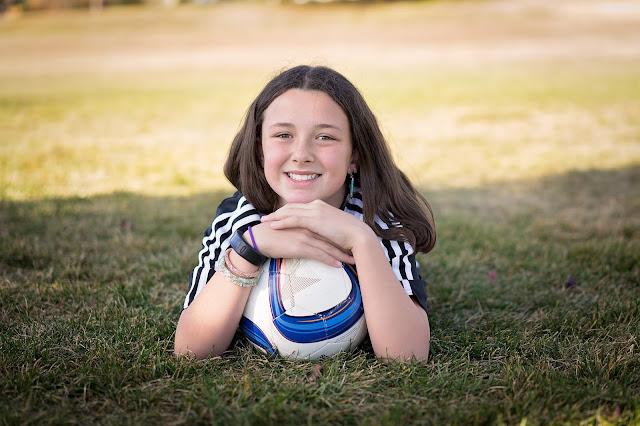 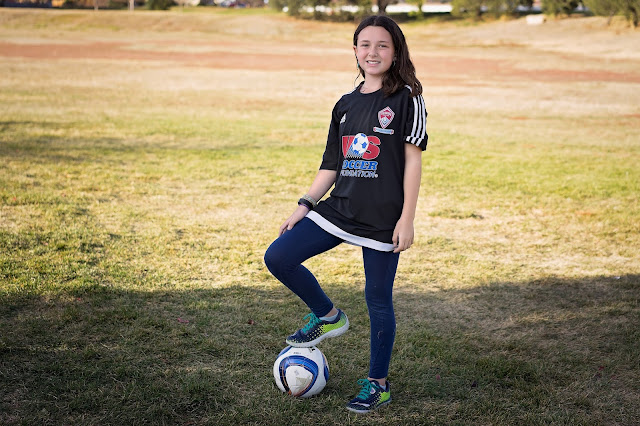 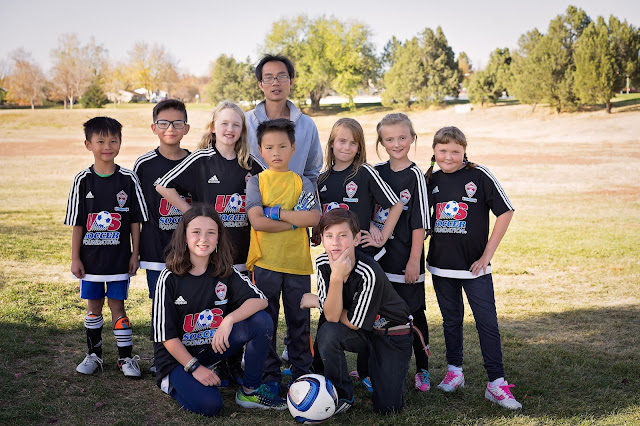