I signed up for Mad Moose's Dead Horse 50K sort of spur of the moment. Everyone knows how much I love Moab, and when I saw the trucker hat I could be getting I was sold. I know, a HAT convinced me to race... I was still unsure which distance I wanted to run, but once the race director said it was "easier" than Behind the Rocks, I decided to sign up for the 50K instead of the 30K.

Our hotel was only about 10 minutes from the start line, so I didn't need to get up until 5:30 to be out the door and at the start at 6 for a 7 a.m. start. It was PITCH BLACK when I first pulled up. I used the bathroom and then went over to the start tent, grabbed a Noosa and then went back to sit in the car. I always forget just how cold it can be in the desert. Sat in the warmth until about 10 minutes before the start. Used the bathroom one more time, said a quick hello to Milan, and then off we went.

The course started on a wide dirt road that ran parallel to 191 for about 3/4 of a mile before we turned west and headed UP... a lot of walking in this section. About mile two we got a nice downhill for awhile, arriving at the first aid station around mile 4.5. I stopped long enough for a small cup of coke, headed up the hill for more climbing. 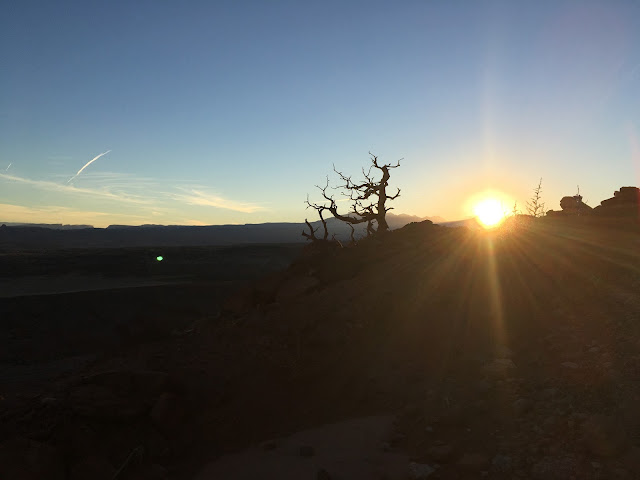 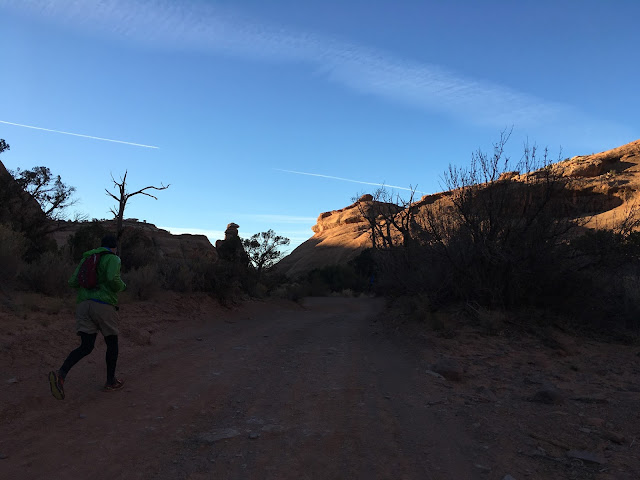 I spent a few minutes chatting with a guy named John, who spent a while trying to convince me to register for Squaw Peak 50. We managed to miss a turn because we weren't paying attention, but luckily realized it after a minute and didn't get too off track. We arrived at the next aid station at mile 7.5, where the 50K runners would do a big 13.5 mile loop. 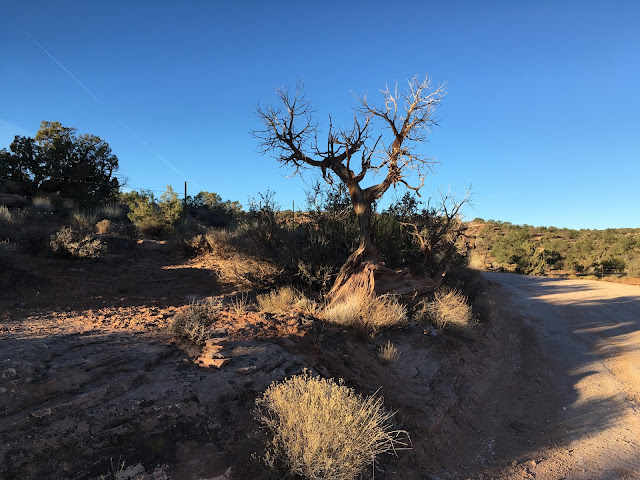 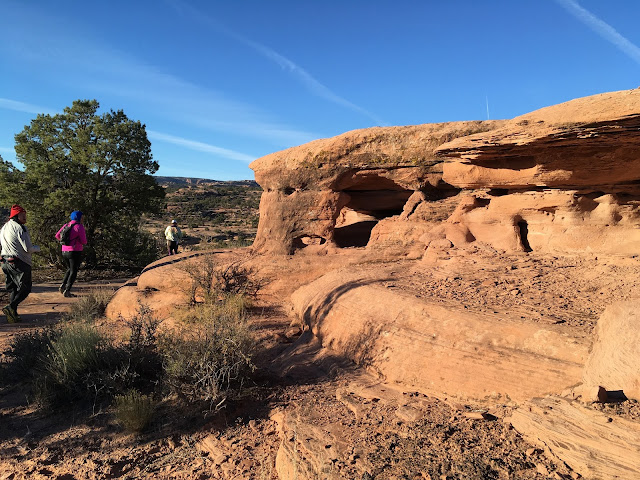 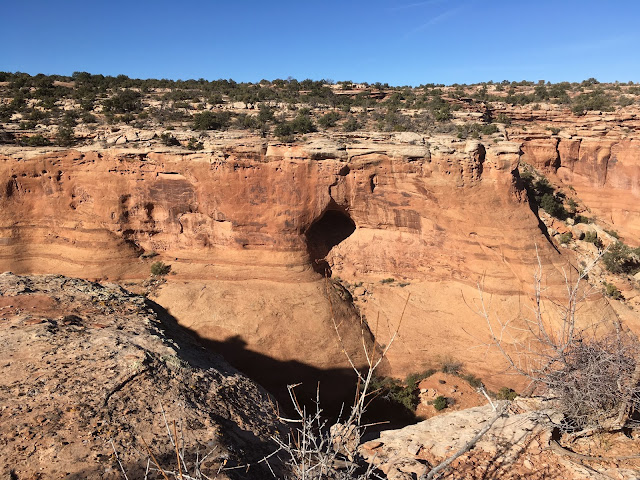 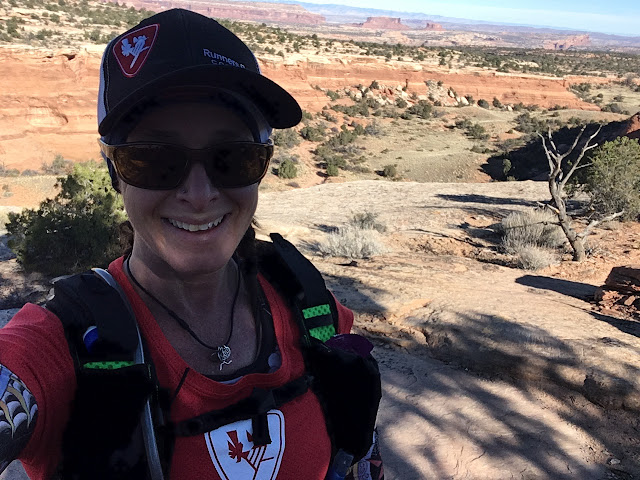 I had worn my team jacket because it was REALLY chilly at the start, and I actually kept it on for probably the first ten miles, then I shoved it in the back of my pack. I remember none of this. There was some single track, there was some climbing. There was a LOT of slick rock. Hit the "halfway" aid station at Gemini Bridges, stopping for nothing, and then down the Magnificent 7 trail. Took lots of pictures. Lots of run/walk intervals. Shortly before arriving back at the aid station at Arth's Corner, I rolled my ankle a bit on a downhill - which hurt A LOT. Sadly more walking than I would have liked. 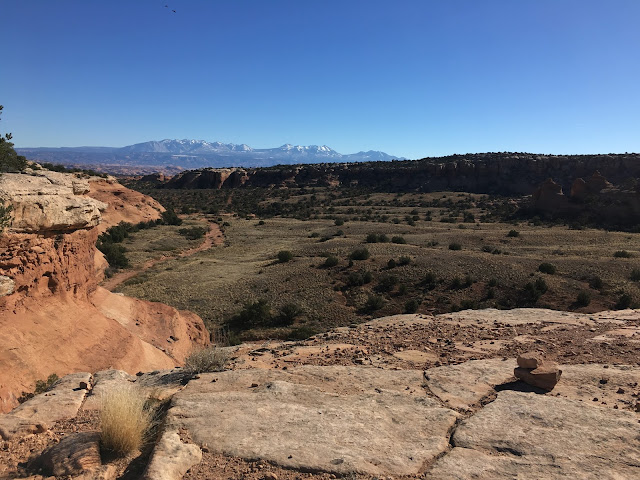 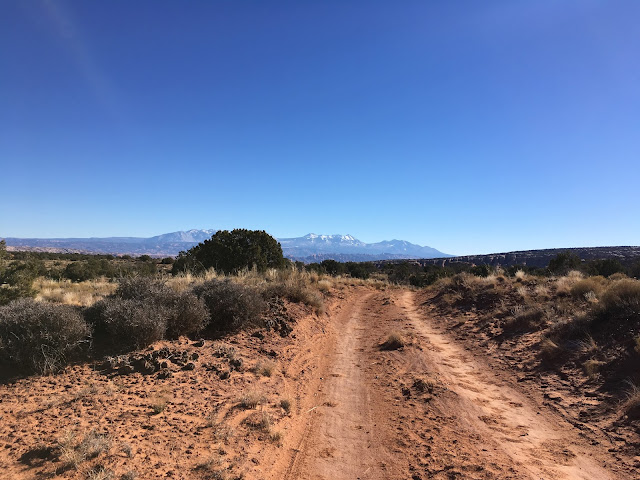 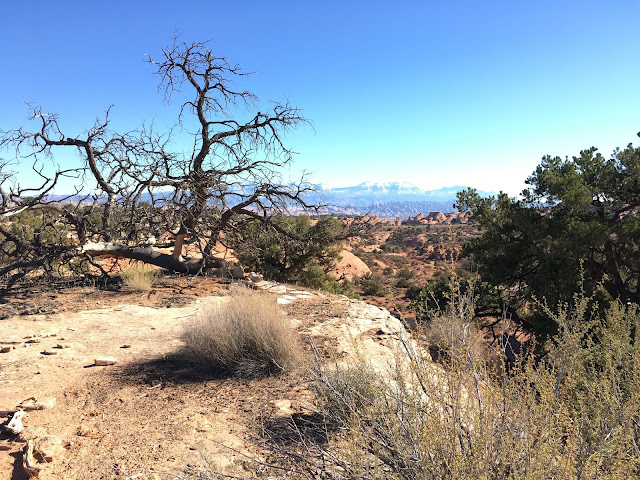 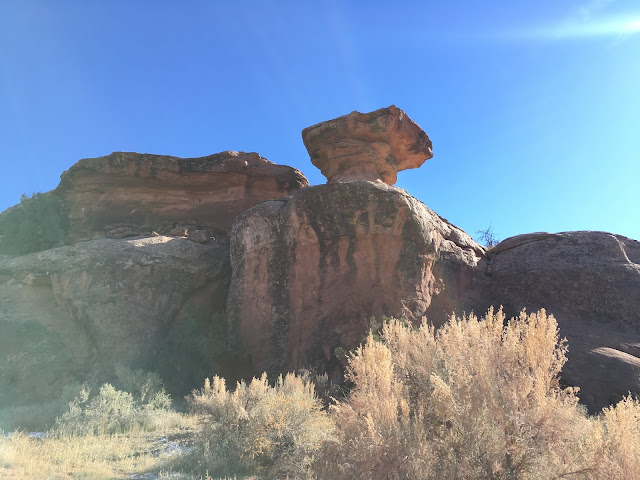 The  course then merged with the 30K course. Loop around until we got back to the "first" aid station. And then I remembered that there was going to be a LOT of climbing for the next couple miles. It was also a lot colder on the way back. This section was now in the shade and I had to put my gloves back on. On the descent I ran (a bit slower than I would have liked, but it was pretty rocky). Run/walk on the flat road part to the finish.
Very pleased with my time, third fastest 50K, and had I been paying more attention (and not rolled my ankle), probably could have taken ten or so minutes off my time. Looked around for teammates, but didn't see anyone. Got a random person to take a finisher pic with my cowbell (sadly, the same one as I got at Behind the Rocks). 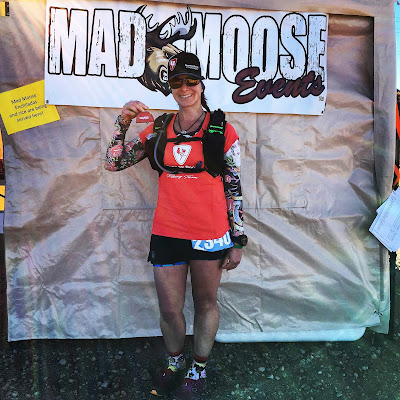