Tuesday (14,020 steps) - Did NOT get up early. Was incredibly exhausted after the holiday weekend. After work did a quick/speedy run at the lake, a barre video AND an abs video.
Wednesday (16,110 steps) - Upper body video in the morning - I really like this one! National/Global running day at Runner's Roost with Maureen. We made a giant thank you card/poster for Coohill's - the restaurant that hosted us a while back - I loved what A drew. 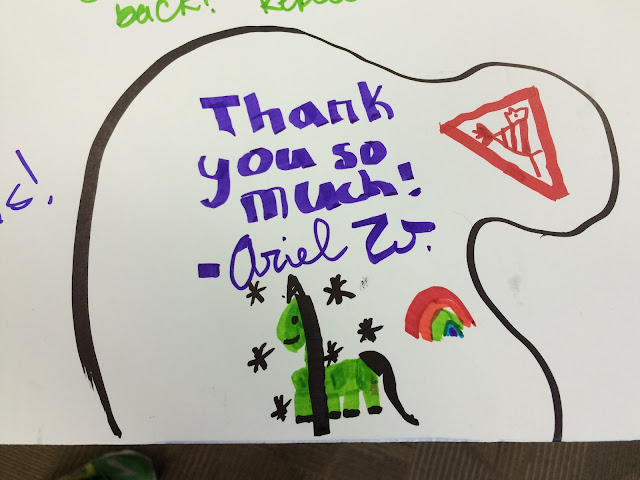 We went out to Garbanzo's for dinner with Maureen.
Thursday (20,709 steps) - 4ish mile run in the morning. Already so hot and sunny. Not a particularly great run. A had gymnastics, Tokyo Joe's, and I did an abs video. 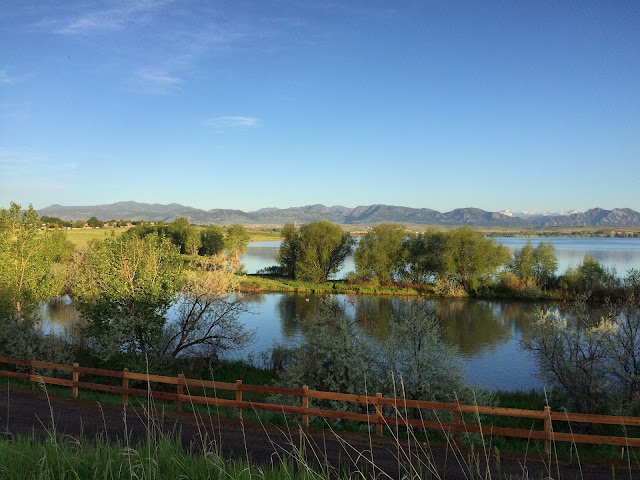 Friday (17,961 steps) - Quick pilates video. Did a short run by the lake - mainly to test out a new section of trail that is finally completed. Seems like it will be a good addition to my lake runs, sometime soon I need to figure out what's on the north and west sides of the lake! 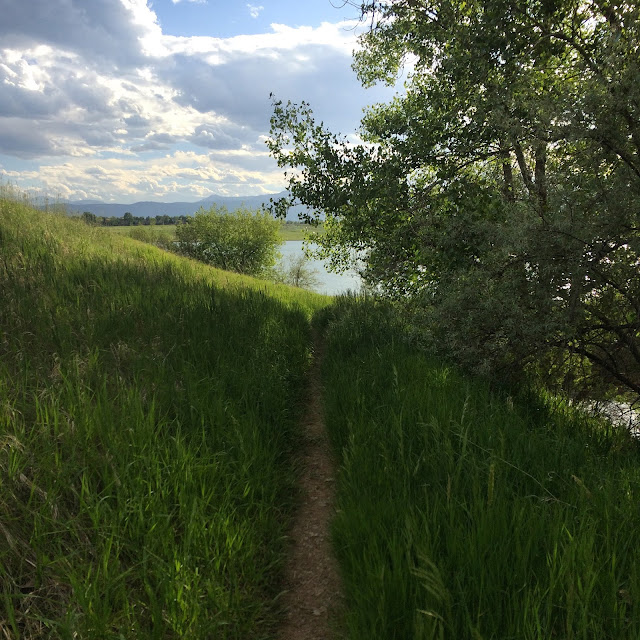 Saturday (21,648 steps) - Up early to go down to Denver for the Heat & Stroke walk. We met up with Maureen and a few other Roost teammates.
Maureen was running the 5k so we offered to walk with Colfax. The run started before the walk and Maureen's plan was to run back to meet us on the course. Somehow we totally missed each other. We also ran into our friends Jessie and Nonnie and their kids. Nonnie's daughter Sara had open heart surgery shortly after birth - so they were walking for team "Super Sara." 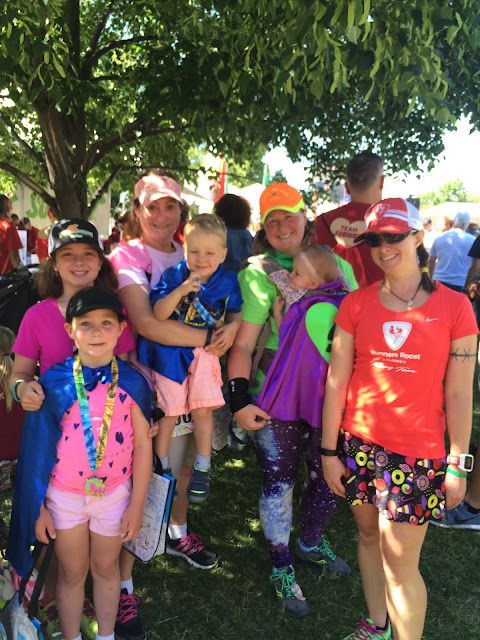 After we were all done we had brunch at the Tilted Kilt, stopped at the Cheesecake Factory for a slice of chocolate mousse (you know, because we were "right there") and walked around the Denver Chalk Art Festival for a bit. 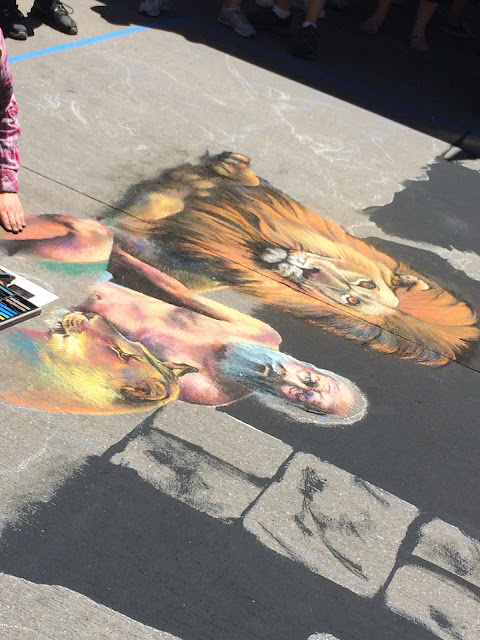 Long morning! Watched a bit of tv and dozed off on the couch, went grocery shopping. In bed early-ish.
Sunday (31,291 steps) - Left the house by 6:15 to drive to Littleton for the East/West trail races. Recap to posted soon. 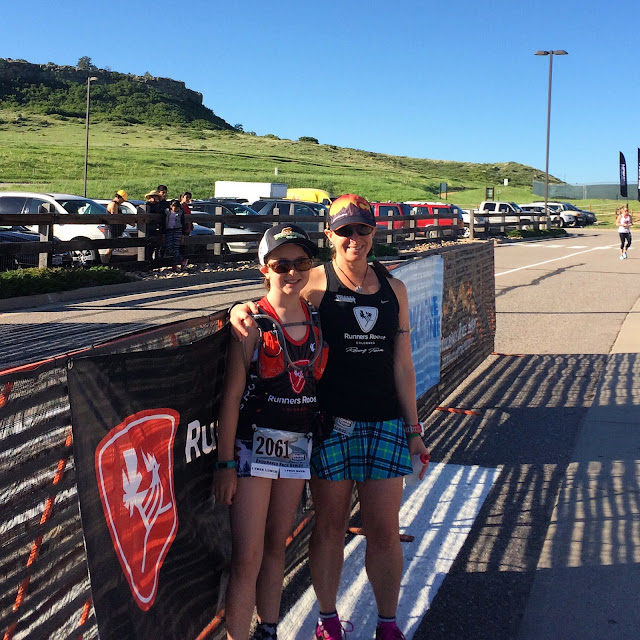 We stuck around until all the runners had crossed the finish line, then A and I went to Snooze in Lone Tree for breakfast. I tried the sticky toffee pudding french toast and had a brewmosa (exactly like what it sounds - a craft beer with OJ - tasty!) 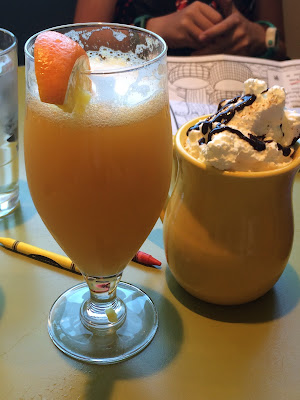 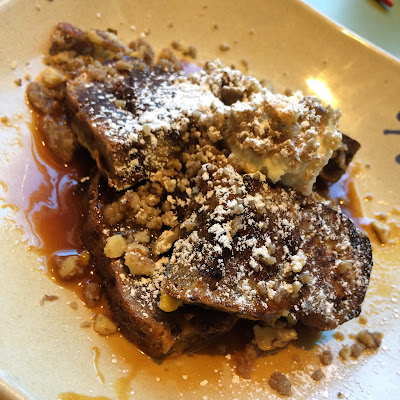 The remainder of the day was on the couch. The sun really makes me tired!
Monday (15,518 steps) - Slept in. Had a crazy rain/hailstorm in the afternoon. A few miles in the basement inferno and a lower body video that I really like.