How is it "already" September??

Tuesday (28,072 steps) - I got up early enough that I could do my videos for the day before I had to go into the office. Thankfully, there were only two of them. These are exhausting. Work in the office. Tyler was running with Kristin and Rev Run in Boulder, so I was solo at Apex. I decided to go up Grubsteak instead of my "regular" route of up/down Enchanted. It was fairly pleasant, although a lot more bikes than the previous week. 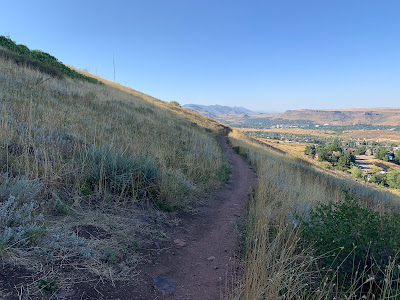 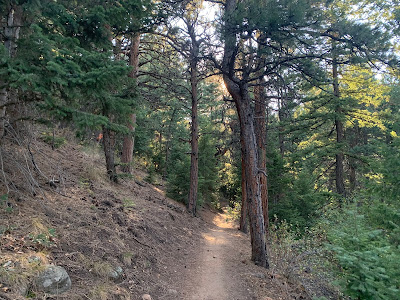 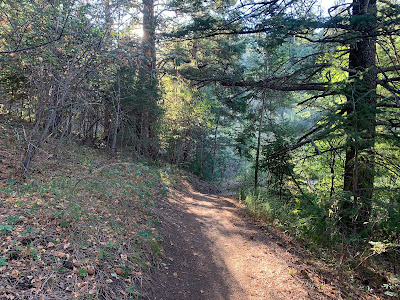 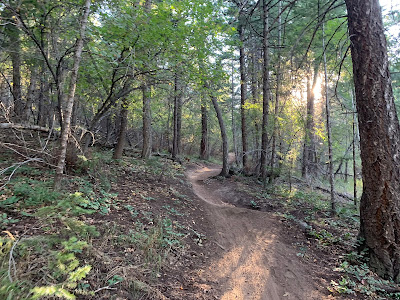 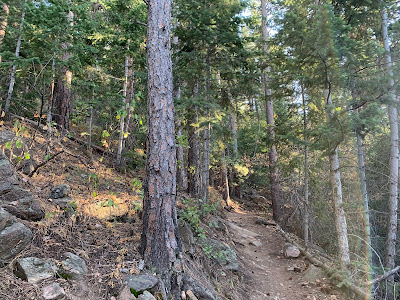 Wednesday (29,579 steps) - Work from home. Did my videos, and again, SO SWEATY. I went for a "short" run while A was still at practice. I hadn't run the south side of the lake for a while and I was disappointed when it felt "hard" after all the REAL trail running I've been doing. Sigh. 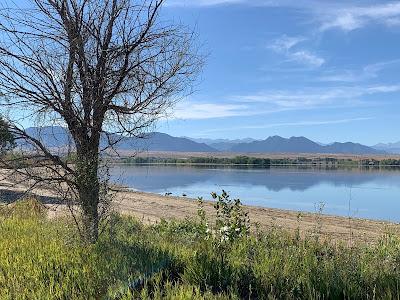 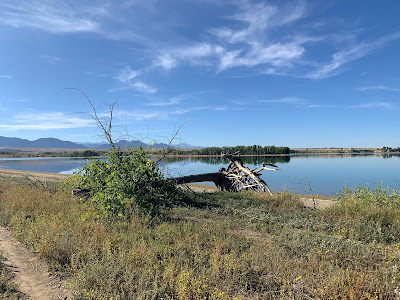 Thursday (17,341 steps) - I was supposed to work in the office, but I was given permission to work from home so that I could go to A's XC meet that was (stupidly) scheduled to start at 3:15 in the afternoon. It proved to be a very long day for me since I couldn't go on my normal walk at lunch, since I'd be using my lunch hour to spectate. Anyway, it was unfortunately REALLY hot, and A didn't have a great race. (She still ran faster than I ever have, however). 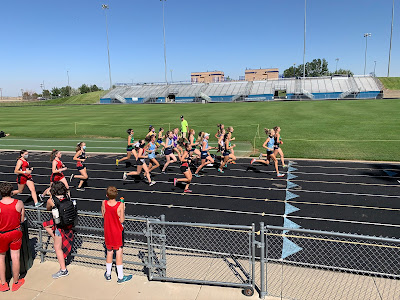 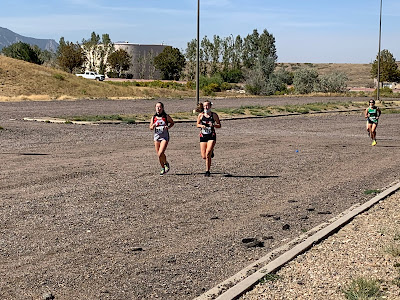 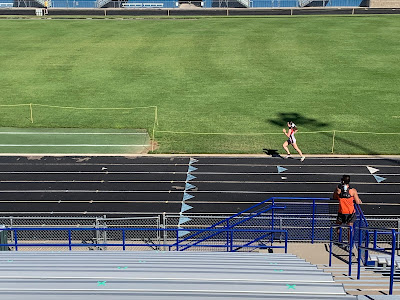 Finished up my videos and took Pika for a walk. Since it was Ben's actual birthday we did a handful of additional gifts and per his choice, we went to Buffalo Wild Wings and picked up take out wings. So delicious!
Friday (18,504 steps) - Work from home and FINALLY FINISHED MY VIDEO CHALLENGE. The end result is that... it kinda got easier, but I still was sweating like I was in a sauna after just a few minutes. I didn't lose any weight, nor did I lose any inches. I guess that was mildly disappointing? Met up with Ben at 4 Noses for happy hour. We had to wait about a half hour for a table, which was not ideal. 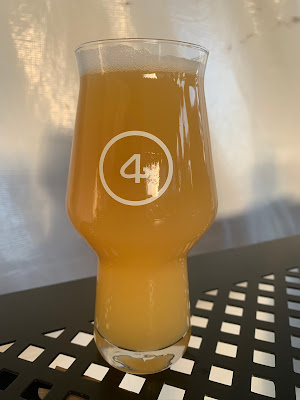 Saturday (45,194 steps) - Ben and I were up early to go back up to Dillon to run - this time it was all going to be on bike path & road, as we were going to run all the way around Lake Dillon! Had a problem right off the bat when my bladder hose was leaking. Soooo, good thing Ben actually had a bladder in his pack, because for nearly 19 miles, all I had were two soft flasks. It was a pretty warm day, and this felt hard. 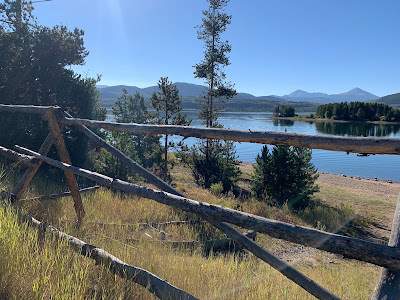 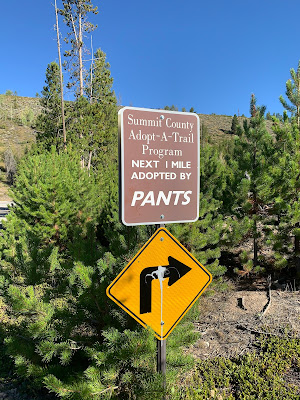 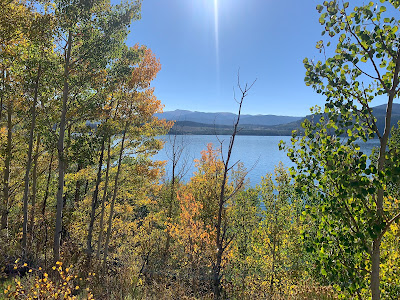 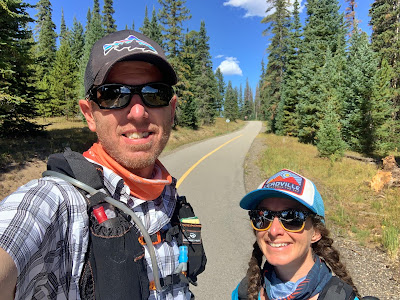 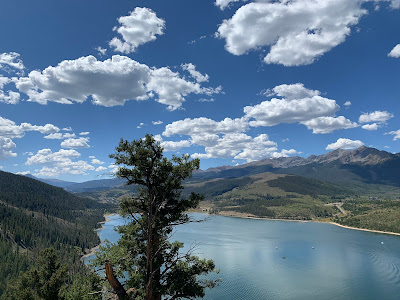 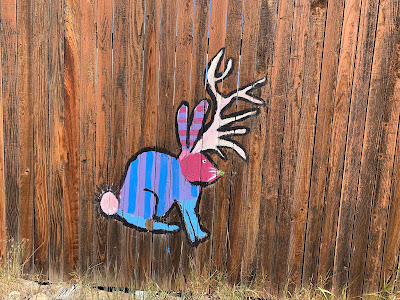 Good time on feet, which is good, because now that we are about a month out, it seems safe to say that Moab 240 is actually happening! Stopped at Outer Range for a beer, picked up a few slices at Whole Foods, then drove to meet a realtor to look at some house. Man, this market is depressing. We may or may not be buying any time soon, but it's nice to know (I guess) what is out there.
Sunday (10,555 steps) - Slept in! Drank Bloody Mary's and had bacon and cinnamon rolls for breakfast. We had big plans for the day initially, but ended up going to PB because they were very suddenly going out of business and this was their last weekend! (I also finally delivered A's last batch of Girl Scout cookies - yes, the quarantine had it taking THAT long). Basically the rest of the day we did nothing. 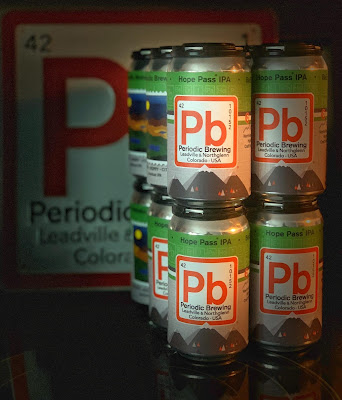 Tyler got back from his Washington trip, so we had a late happy hour.
Monday (14,283 steps) - Kinda slept in again, although I had to get A to XC practice early. Took Pika for a walk at lunch.
And THEN, we were SUPER productive and finished making all our centerpieces! We ended up getting really crafty and had to buy additional stuff from Hobby Lobby, but I think they turned out great - pictures will be up... after the wedding! (Which isn't that far away, apparently). We met up with Greg at Westminster Brewing, picked up pizza and took Pika for a walk. Pretty decent for a long weekend! 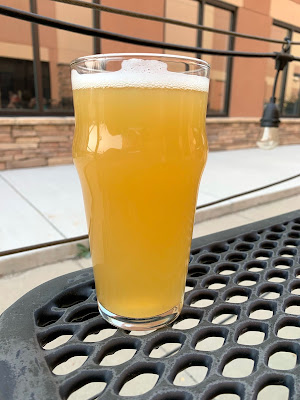