Granby, CO
Saturday, September 19
Weather - Perfect!
I'll start by saying that I LOVE THIS RACE. This was my 5th time running this event and I'm pretty sure it won't be the last. Even though Endurance Race Series has added 50K distance, I think I'll just stick with the half marathon. I love the course even more now that it is a non-repetitive big loop (outside of a very small section).
Initially I had hoped to volunteer at a race earlier in the season to earn a comp entry, but with COVID putting so many restrictions on the number of people at events, I actually couldn't even volunteer because they had too many people. But, since I like the race, I signed up anyway.
Race Day
Alarm went off at the ungodly hour of 4:35 am. I had all my gear laid out so all I had to do was get dressed, braid my hair, take Pika for a short walk, grab my stuff and coffee and head out. I managed to get out the door by 5:15 and headed to Golden to meet up with Maureen. She really wanted to run but doesn't see well at night, so I offered to drive her car (so she could bring Colfax). It was REALLY weird driving such a big vehicle (ok, she drives a Honda CRV, but that's huge compared to my Mini).
There was zero traffic on the way up and we arrived at the start at 7:10. As an aside, they have added a TON of parking since I was last there two years ago. Previously it used to be a small dirt lot, and now it's a rather large paved lot. We ran in to get our bibs, and I left Maureen so I had time to use the bathroom before my 7:30 start.
COVID rules had no more than 25 people starting per wave, with waves 10 minutes apart. I really wanted to be in the first wave since obviously I would be taking much longer than Maureen. 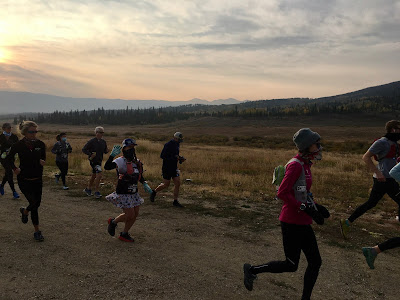 I think I made it 5 minutes into the race before everything started to hurt. I've been nursing calf tightness (again) and some hamstring issues. Not to mention I absolutely don't want to do anything stupid before Moab, so I decided to just enjoy the day and take my time. (And spoiler, take my time I did, this was about 10 minutes slower than I've ever raced here...) But how can you have a bad day/race when these are your views?? 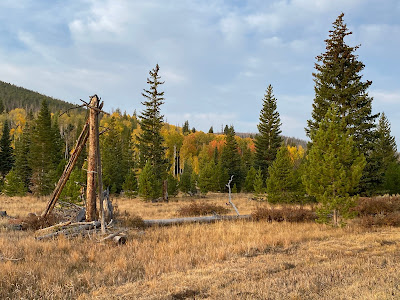 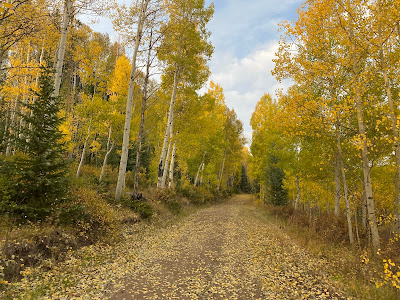 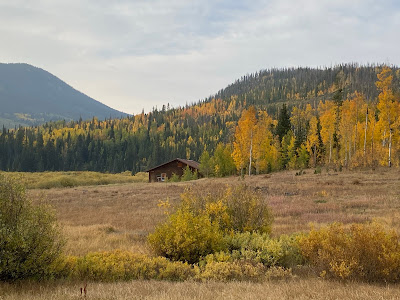 The big climbing starts pretty early, and I started getting passed by people in the second wave before I even hit mile two. Oh wellllll.... 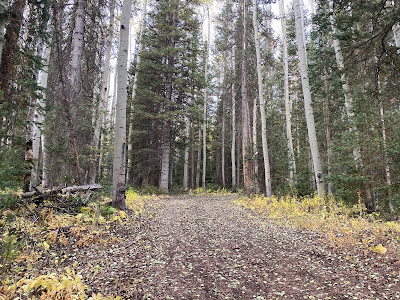 The first aid station was around mile 3, then we had a nice downhill section where I made up some time before climbing back and looping around to hit the aid station one more time before heading out towards the biggest climb. 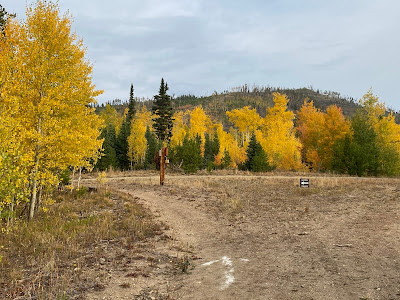 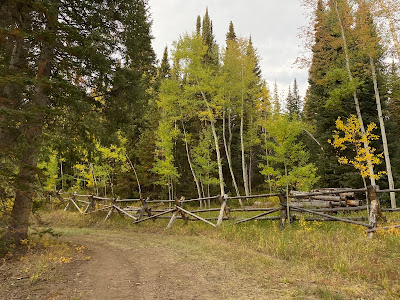 In my head, I thought that the biggest climbing section wasn't until mile 7 or 8. So imagine my surprise when it showed up at mile 5.5... It was also my favorite section of the course, so I didn't mind taking it slow and took a BUNCH of pictures. 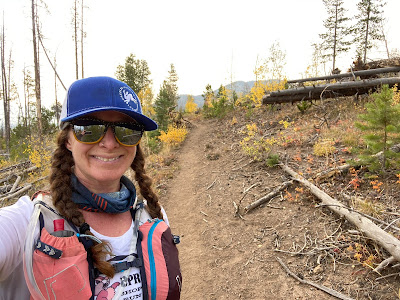 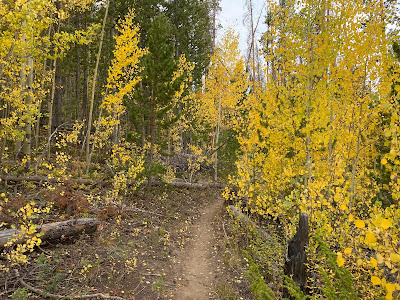 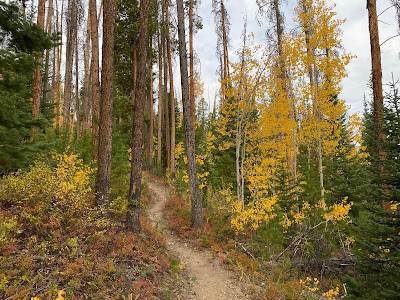 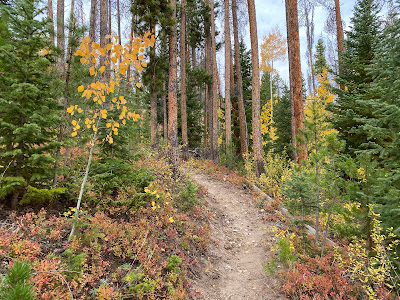 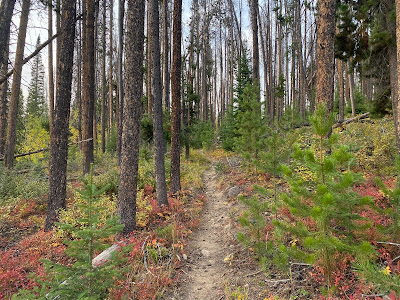 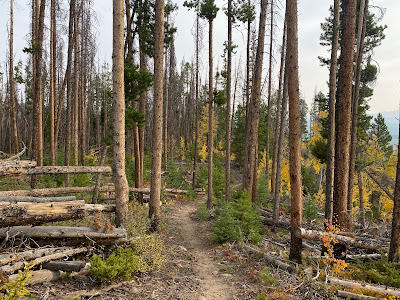 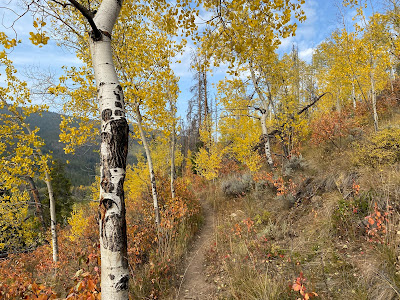 I had hoped that my lower half would start feeling better once I got to the downhill section, but it really didn't. I was on the heels of a gal for most of the mile-ish descent and never felt great. I guess I also never really felt HORRIBLE, I just didn't have any "oomph."
Hit the next aid station around mile 8.5 (?) and still didn't take anything, but it was spaced well for people who did. 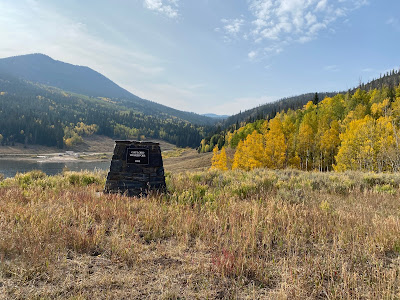 The last few miles were pretty much a sufferfest. I really wanted to be done, but my legs were just not cooperative with the running. I did see Maureen, Greg and Dave when they were heading into their finish, so that was fun. The biggest successes were running up the (cruel) last hill to the finish and finishing under 3 hours.
After crossing the line I got my individually wrapped medal, and then we spent a few minutes socializing in the parking lot. Definitely different than previous years! 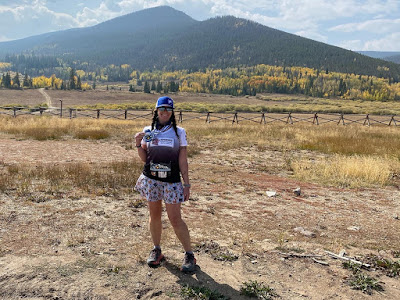