Tuesday (9,686 steps) - Since my Monday barre class had been cancelled, I went to class with Brena after work.  That was a tough one!
Wednesday (19,647 steps) - Runners Roost Boulder! It was a gorgeous night for a run, it was soooo green and bold that it really looked fake when I looked at the pictures later. 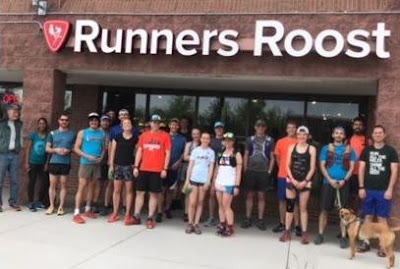 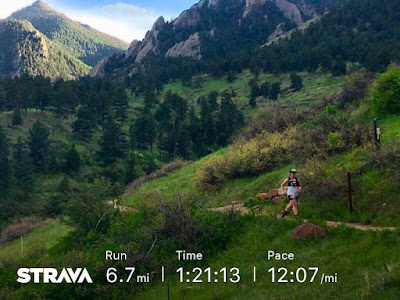 Thursday (14,164 steps) - Barre with Sienna. Belmar run club! It was hot AF, and I had initially planned on an easy jog. It seemed monumentally difficult, so I did more of a run/walk (yet managed to PR two segments). 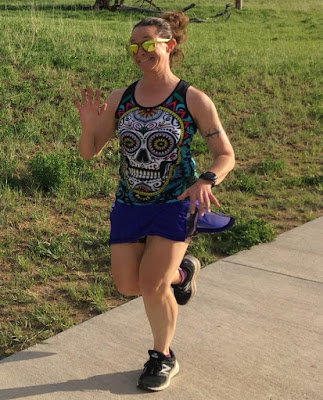 Friday (7,334 steps) - Went to lunch at Citizen Rail with Nicole for lunch. Tasty!! #pizzaFriday
Saturday (24,226 steps) - Runners Edge! Soooo happy to "only" have 8 on schedule. It was overcast and cool, perfect running weather. We went to brunch at Snooze with David, Pete and Janet while we were waiting to pick up our aid station.
On the way home we did some quick grocery shopping, then home to clean and pack. Not more than a few minutes after we finished, Maureen texted to see if we wanted to meet her at the winery for a party! She had tickets that got us in for free, so we got to taste wine AND get a lot of free food. Fun night! 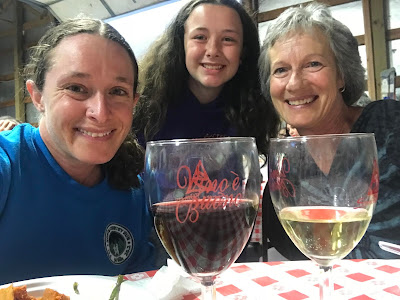 Sunday (10,200 steps) - I had all the goals of sleeping in, but once again, in my old age, sleeping in is impossible. I forced myself to stay in bed until 8. Then it was tv time, a walk to the school, then shower and head to Mother's Day brunch at Dedira & Rachelle's house. Left their house at 3:30 to go to barre for my first weekend class in months. We then hit up Denver's newest brewery, Cerveceria Colorado, where I got a tasty churro stout. The food truck had grilled cheese, so we got one of those too. 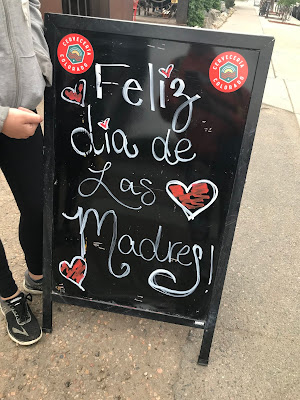 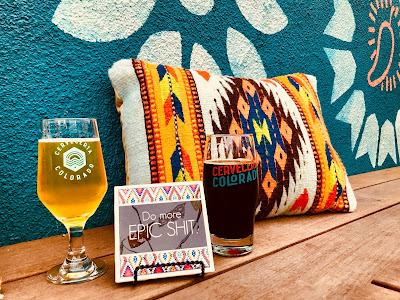 Monday (15,827 steps) - New Terrain run club! It was overcast, and I was worried we would have some storms, but really we just got a few raindrops and a little wind. Actually a really great "last run," even set some segment PRs! 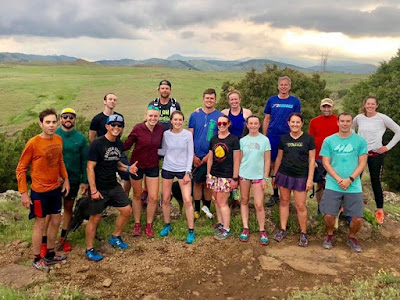 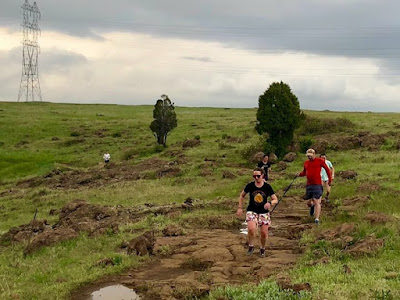 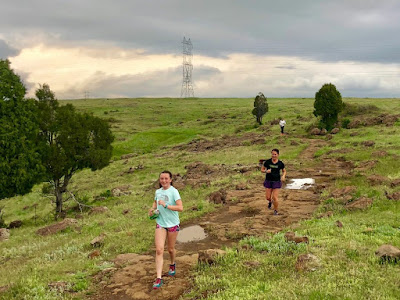