The night before the race, the race director posted some pictures from the course - and there was snow!! It's been so long since I've run in cold weather, I couldn't figure out what I should wear. As I get older, I no longer appreciate being freezing while I'm running. I opted last minute to skip the skirt and wear tights. I also decided to wear a long sleeve tee over my singlet instead of just using arm sleeves. Turns out, the outfit was perfect.

There was an option for an 8:30 early start, which I wanted to take advantage of since A and I still had a full night of volunteering ahead of us. We got up at 5:40 and we were out the door shortly after 6. There was no traffic at that hour, and other than the windy, curvy road through Berthoud Pass, we made really good time. We arrived at the start at 7:50. Saw Stacy right away, and she said that she was going to actually start at 8. Well that sounded even better! I grabbed my bib, used the bathroom, and we were ready to go a few minutes after 8.

There were four of us doing the 8 am start, and it was BRISK. Stacy, her friends Annette and Matt, and I head up to the trails. It was very lightly snowing and the trail was covered in a light layer of snow and frost. Matt and I ran together for the first few miles, and we lost Stacy and Annette pretty early on.

There was one course marking where the 5k, 10k and half split. Some of the signs had blown over and I almost went the wrong way. Luckily, I was with someone else and we guessed correctly at which way we should go. 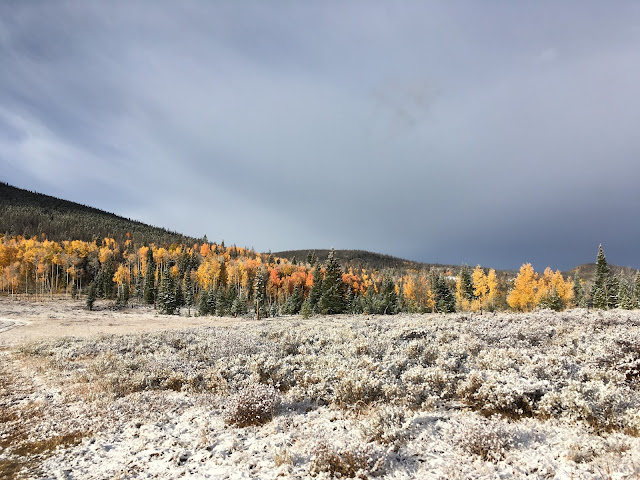 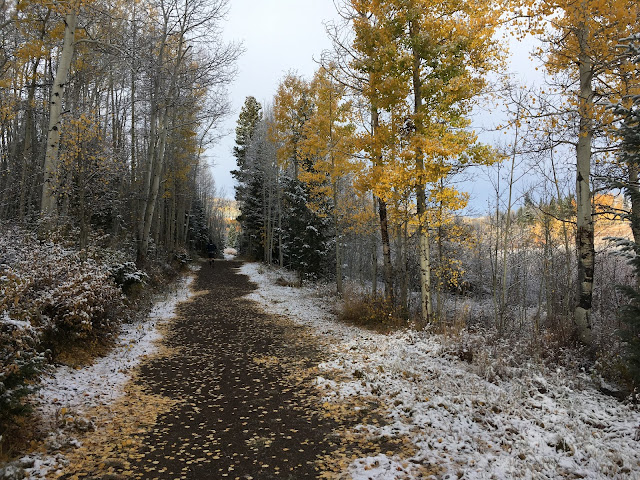 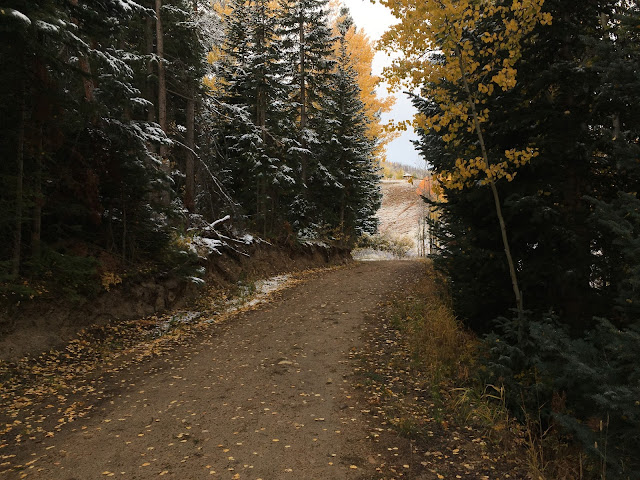 I spent most of the first loop taking TONS of pictures. Which, when it is super cold, is not as easy as it sounds because it involves a lot of taking gloves off and putting them back on. The course was super muddy between miles 1 and 2. The thick and clumpy mud that made my shoes feel ridiculously heavy. Matt finally realized that I was going to be super slow and he took off, which just left me running alone. 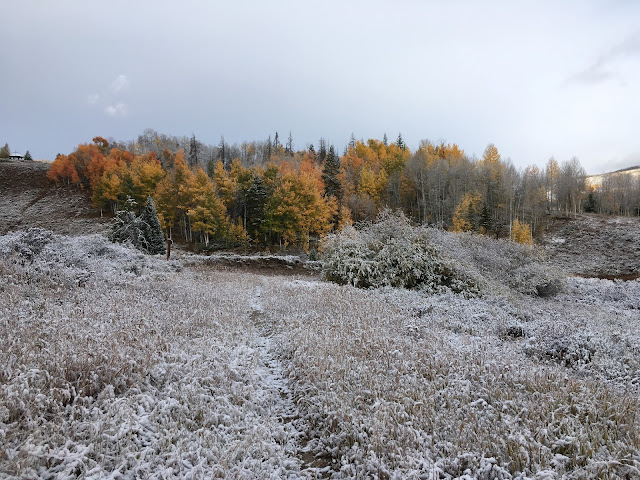 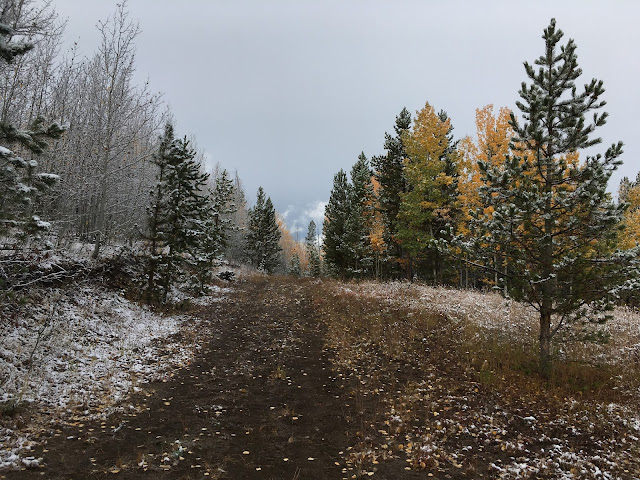 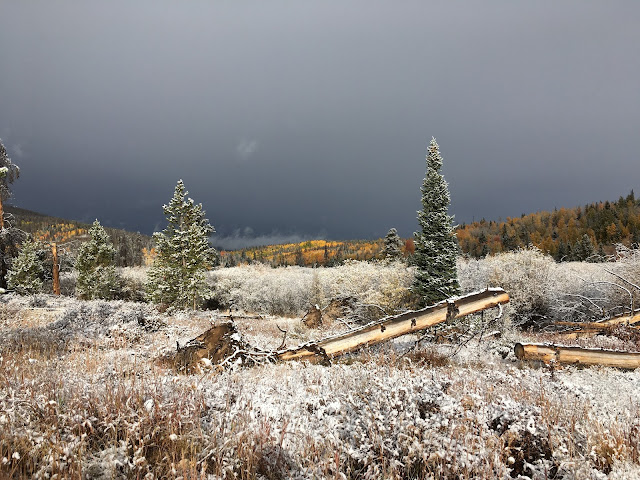 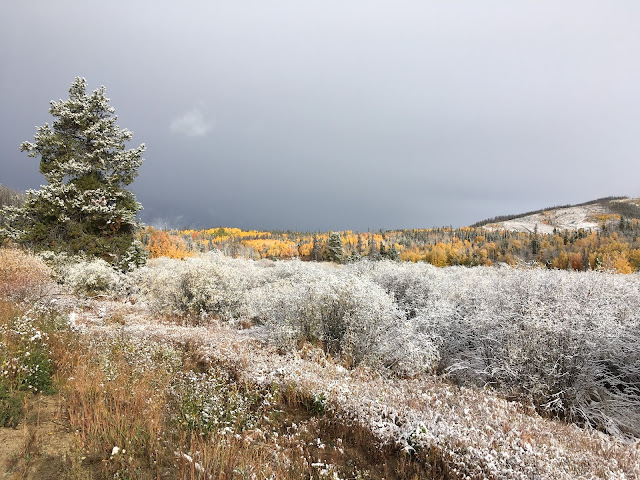 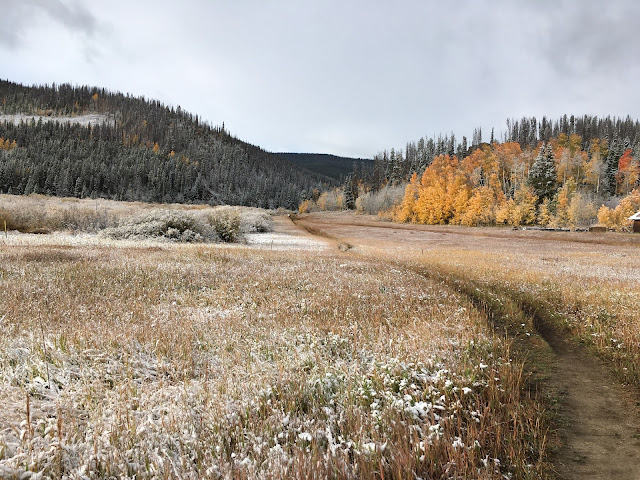 The aid stations were set up, but no one was out the first loop (which was fine, I had my Orange Mud handheld with Nuun). When I headed up the hill just around mile 3 I saw some deer run across the road, but I wasn't able to get a clear picture of them before they bounded off. At this point, I finally realized the first part of the course was being run in reverse from  last year, and cruised down the road section around the lake. 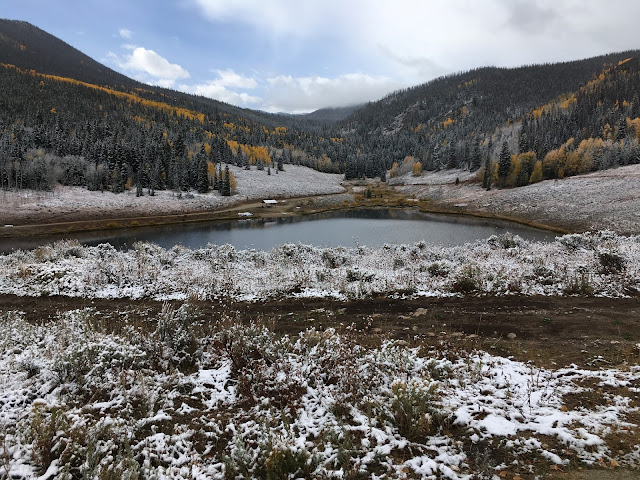 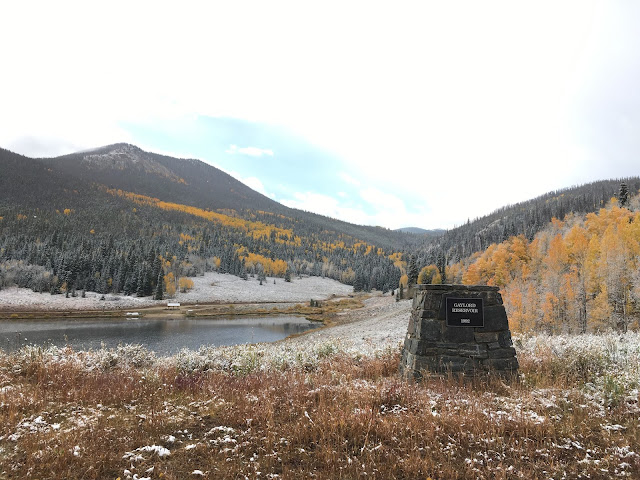 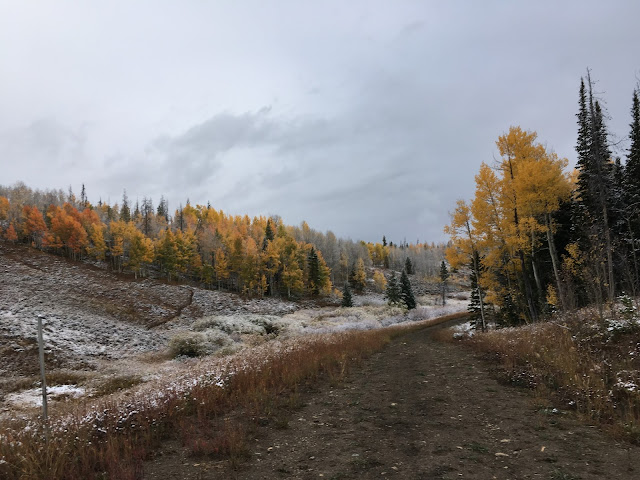 Headed up the hill at the aid station at mile 4. This section was snowy and muddy and wet. My shoes/feet got soaked and were pretty cold in this section. The downhill section was a bit hard to run fast because of the snowfall it was hard to tell where to step and not be in a rut. 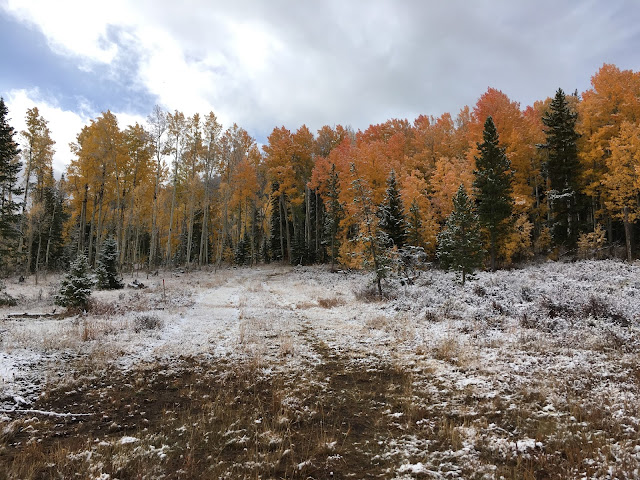 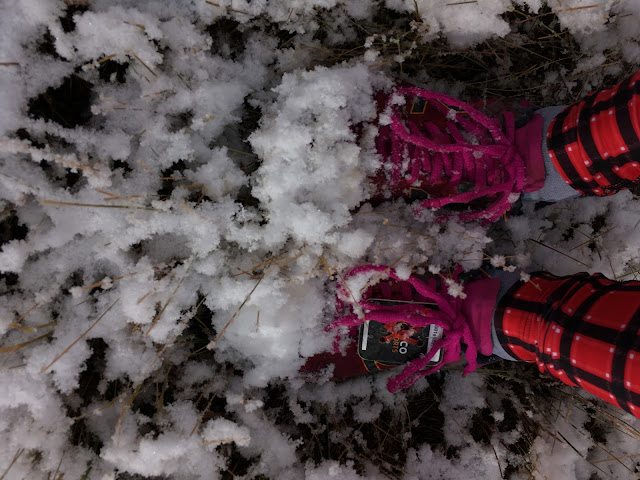 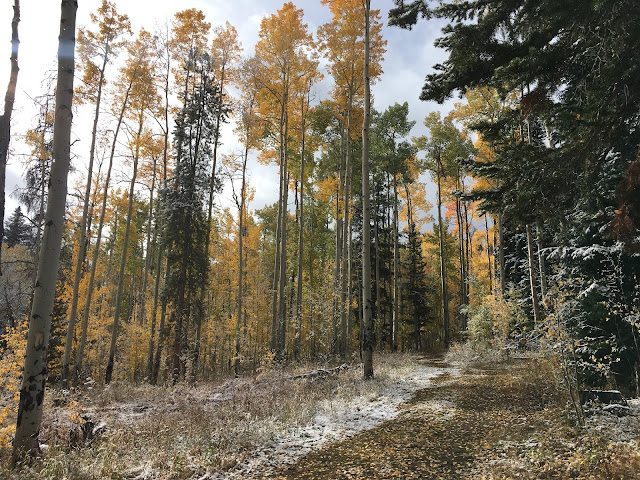 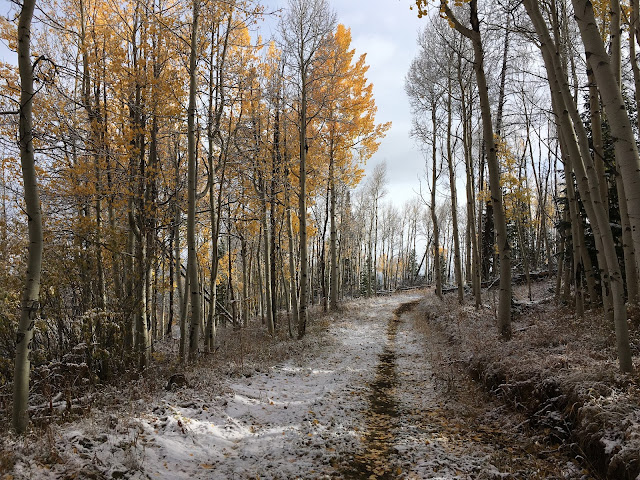 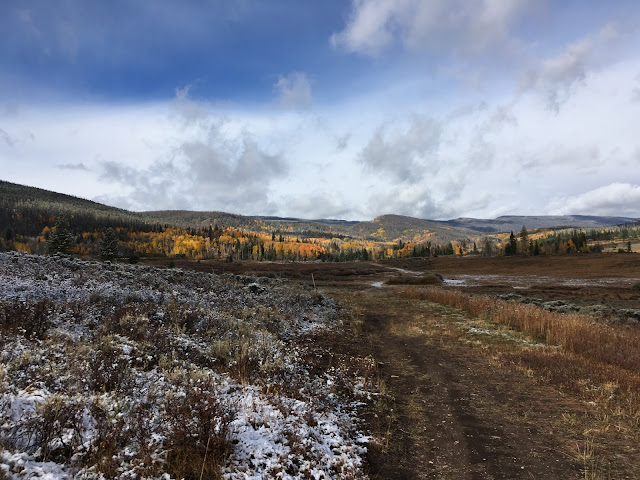 Finally heading back to the start/finish, running down the hill only to turn around and head back out for another loop. The volunteer at the table seemed surprised that I was "so fast" and already headed back out. Haha.

Running up the hill for my second loop and the faster runners were already coming back down. I wasn't really that far ahead, even with my 55 minute head start, lol. It was interesting how much the course had dried out by the second loop. The sun peeked out for a minute here and there, it was still snowing, but it  must have warmed up a bit to pack down the dirt, either that or the other runners that had passed through had helped trample it down. 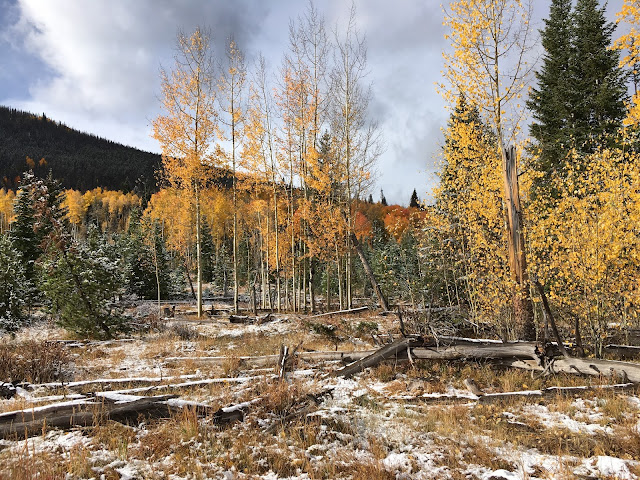 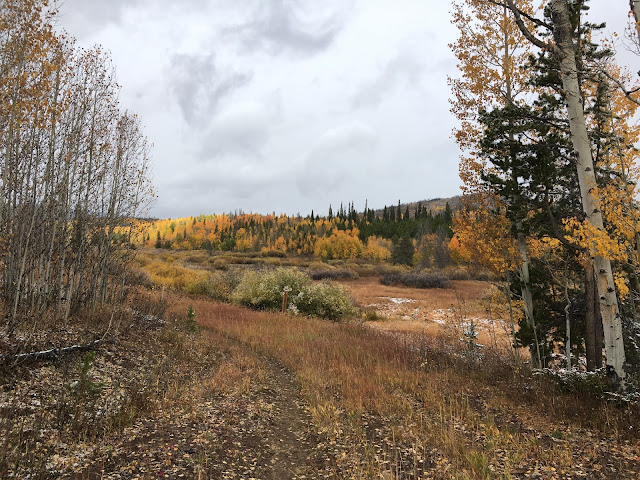 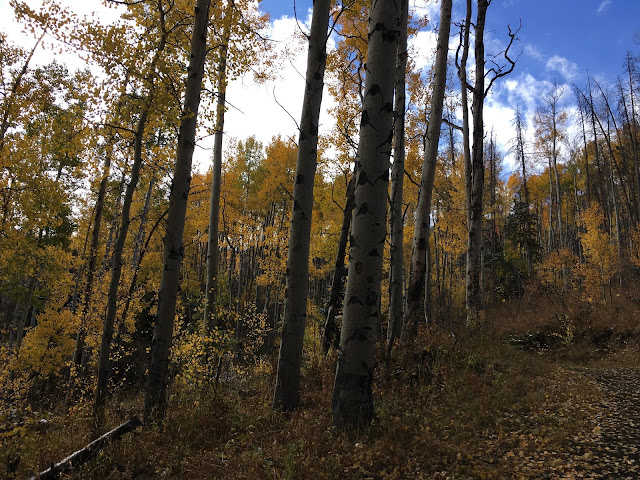 I took less pictures the second loop and was running a bit faster. Somewhere around mile 11.5 or 12 was when the wind picked up - the last 15 minutes or so were pretty dang chilly. I managed to run up the last hill to the finish (so brutal coming up at the end like that), and was pleased to see I had run under a 13 minute pace. Woo hoo! 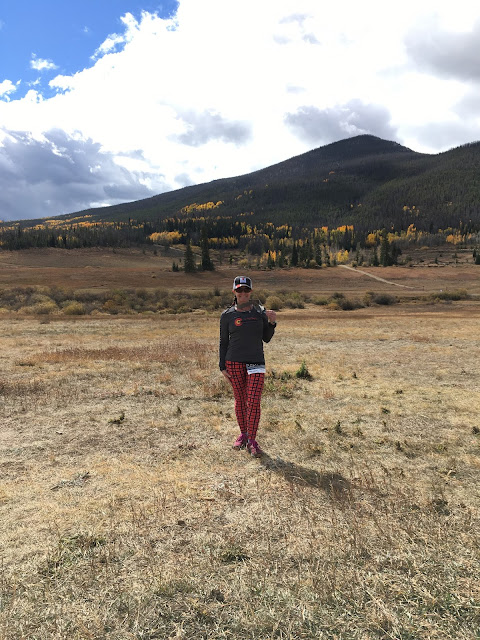 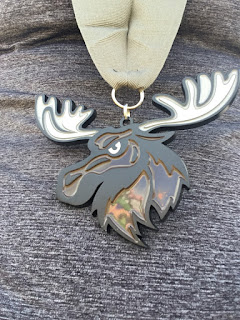