Saturday, September 10
Denver, CO
Half marathon #152
Weather - Chilly for the first mile, then sunny and warm

Another "new to me" race in the Endurance Race Series was the Denver Trail half marathon. The race is the "original" event for ERS, but it had a hiatus of a year or two and this was the first year I had been able to run it.

The race was to start at Cherry Creek State Park, the same place where the Three Creeks race had started. According to the pre-race email, the start was going to be bumped up to 7:30 due to road closures that would be occurring because of a fitness festival at planned on the free option of parking at a church about a mile away. I also hoped I would be able to start early, so I wanted to get to the race way before the 7:30 start time.

Alarm went off at 5:10, giving A and I about 20 minutes to get dressed and out the door. We were on the road just after 5:30 and in the church parking lot shortly after 6:10. There was a shuttle bus heading to the start right as we were parking, so we didn't even have to wait. It was CHILLY at the race start, as the sun wasn't even up yet. I picked up my bag and helped A get situated at the tent for bag drop. Spent some time at the Runners Roost tent chatting with teammates while waiting for Jeff to finish the last minute course markings so we could do the early start. 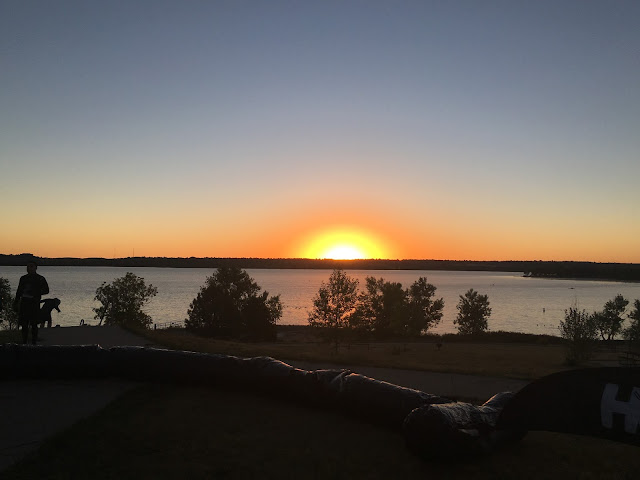 A dozen or so of us were able to start at 7:00. I had decided to not wear my long sleeve or arm sleeves and I was pretty chilly for the first 15-20 minutes. Once the sun came up all the way I warmed up pretty quickly. 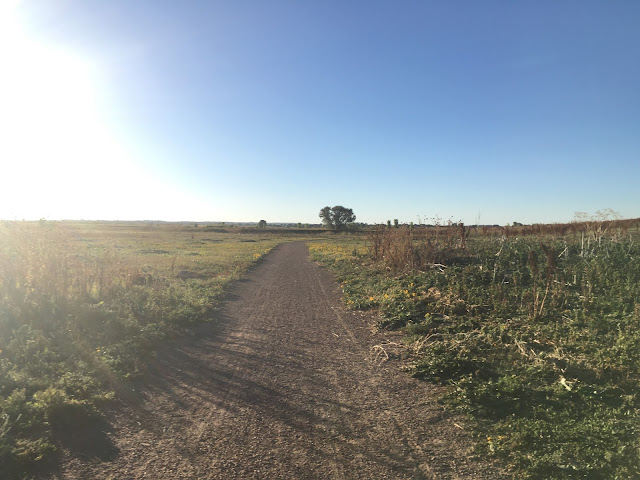 Only being a few weeks out of Lean Horse, I had barely done any running. A and I had done a 6ish mile run in Waterton Canyon, and I had only done one other 3ish mile run. So much like Lean Horse, I hoped that excessive taper would lead to rested legs and a decent race.

The beginning of the course was on sidewalk, until we moved onto the dirt trail, maybe .75 miles in. The trail is wide and not technical. While knowing the course was fairly flat, there were a small amount of rollers and hills. I walked most of the hills, but still felt like I was running fairly well. 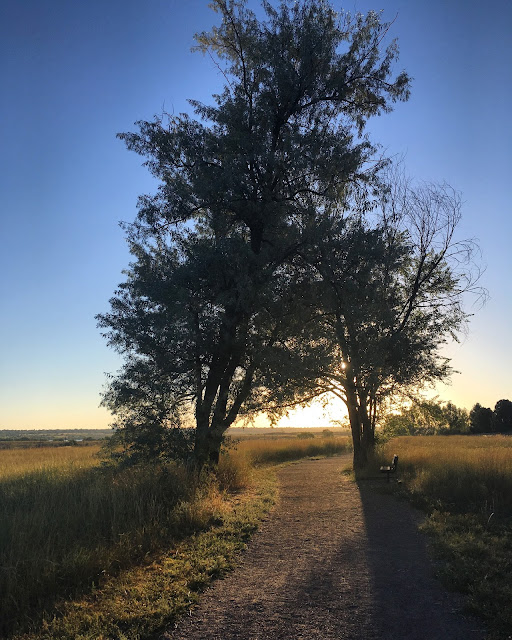 There were only 2 aid stations on the course, that we would hit two times. Neither of them was manned when I got to them the first time, due to the early start. I had my Orange Mud handheld filled with Nuun, so I didn't need them anyway. Some of the markings were a bit confusing without having anyone at the aid stations to tell us to turn around, but the mile markers matched almost exactly so I figured things out just fine.

I was wondering when the leaders would catch me (at my 11:40ish pace, I expected the faster runners to be running closer to 7 min pace), and the answer was right at the turnaround (which at 6.2 miles, obviously the course was going to measure short). I was pretty happy to see that my teammate Jay had a sizable lead, and Malia, my team captain, was running in the main lead pack as first female. The only tricky part was that right after the turnaround was a half mile or so of single track. Faster and mid pack runners heading towards me, and the fastest runners were right on my heels. I ran this section faster than I should have and my calves paid the price. 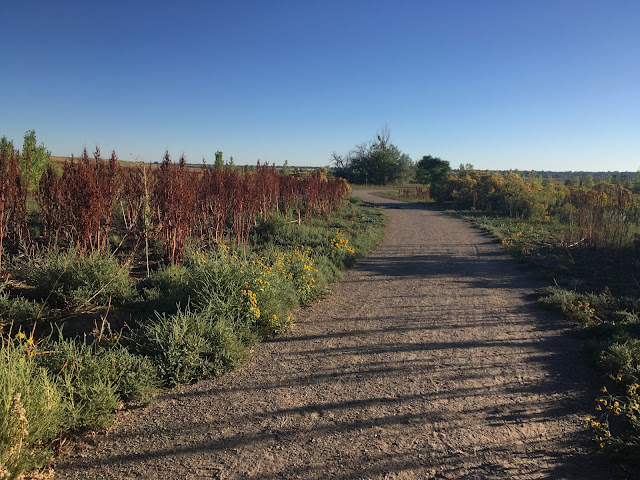 When I finally got back to the wider road, I had to walk more than I would have liked, but that loosened up my legs enough that I was able to get back into a fairly decent run (with some walking intervals) after hitting the aid station at mile 8. I finally sucked down a GU (the first one since I ran the marathon in Angel Fire), filled my bottle and headed out for the last few miles. 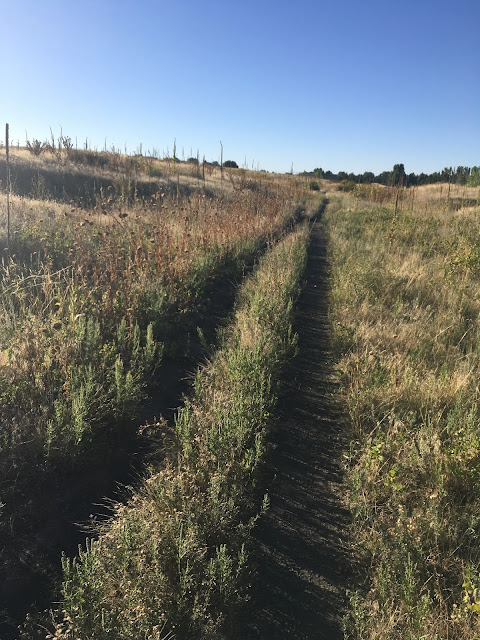 By now it was pretty warm, and I was happy I hadn't bothered with the long sleeves, as that would just have been annoying.

Since I had taken it pretty easy during most of the race, I actually had some kick when I was coming into the finish. I was immediately met by A and teammates for a team picture.

Had my post-race beer, and then we caught the shuttle with ease back to the car. 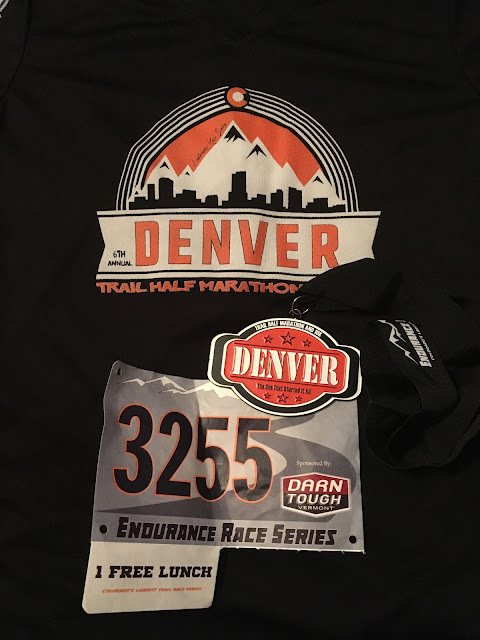 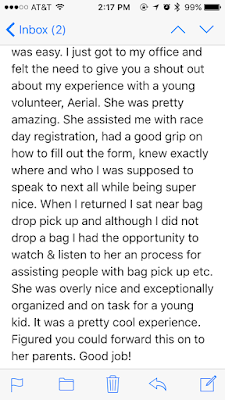