The 24 Hours of Palmer Lake event is a low-key, "family-friendly," almost fatass style event. The registration cost me only $28, and A, being under 12, was free. I asked her if she wanted to come (we would be able to set up a tent), and she could run as much, or as little, as she wanted. She seemed PUMPED. So I signed up.

The weeks leading up to the race were filled with anxiously checking the weather (forecast of rain), and both of us having colds. By the time race day rolled around, things were as good as they were going to get.

The race started at Palmer Lake, near Monument. I had been there only time, it was the start of the American Discovery Trail marathon I ran in 2014. We left the house by 6 in hopes of arriving with enough time to set up our tent/home base, and get ready to run. We met up with our friend Jandy, and sure enough, we had time to do all those things and were ready to go when the event began at 8.

A, Jandy and I lined up near the back. Our motto for the day was "slow and low, that is the tempo." The course was a small (0.82 mile) loop around a beautiful lake. The terrain was packed dirt (albeit somewhat rutted from cyclists) and FLAT AS A PANCAKE. We started by doing a slow jog, and never really sped up. The altitude in Palmer Lake is just under 7,300', and that, coupled with the flat terrain made it more difficult than I would have imagined.
We jogged the first few loops in our hoodies and then as we warmed up moved on to just tee shirts. The weather was bizarre. Hot on one side, cold on the other. AND CRAZY WIND. But not everywhere... how could there be so many weather variables in such a small space?

Anyway, loop after loop after loop. Jandy and I stuck together almost the entire time. Which wasn't something I was expecting at all since she is substantially faster than I am. A had a plan to complete 2-3 loops at a time, then take breaks. Jandy and I just kept moving, but moved into a run/walk much sooner than either of us would have hoped. I believe the first beer was cracked by 10 am. 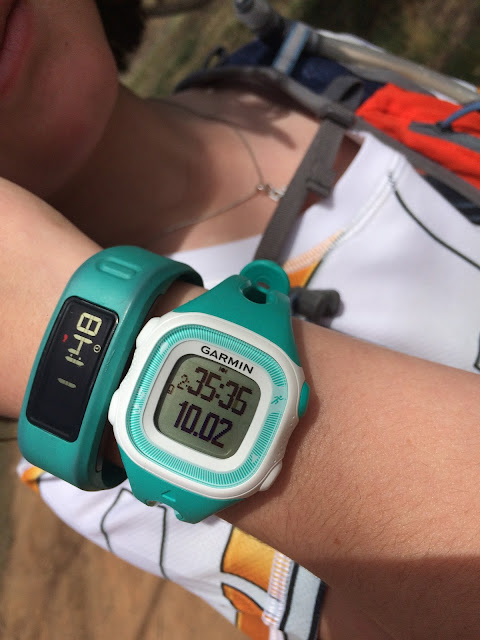 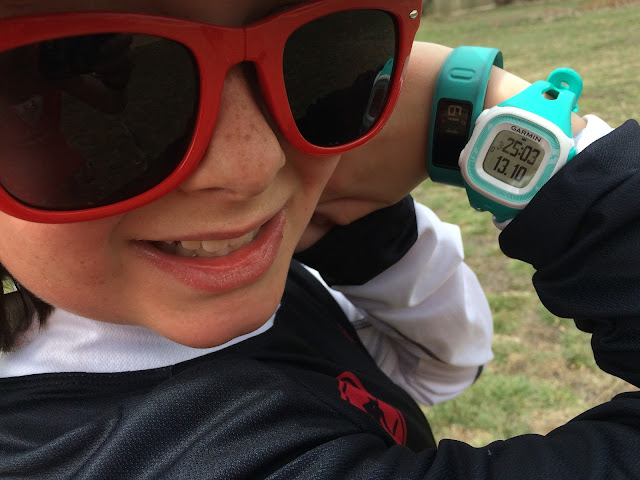 We had some really strange weather roll in early afternoon. There was a lot more wind, some hail (we think), some rain (but nothing major). This went on for a few loops. I was relieved that it never developed into a major storm. That would NOT have been fun.
After A went to bed, the real struggle commenced. There were over 100 starters, and probably 15-20 that were out at night. Jandy and I talked and talked and talked to pass the time. There were salamanders that kept appearing on the trail, so that was something that took our mind off things as well. I even picked one up and moved it off course!

Sometime around 1 am I was offered a ski shot of bourbon. I have no idea why I took one. I don't drink liquor, ESPECIALLY bourbon... but apparently, the best decisions are NOT made at this time of night after being on your feet for billions of hours.
I wasn't even really tired, or that cold, but I was a bit concerned about driving home early in the morning so I opted to take a very short break around 4 am. It was so damn windy that I didn't want to go to the tent, so I sat in the car. (Related: how on earth did A sleep for seven plus hours with the win and noise?? In addition to the rain flap moving around the train went by like a billion times...)
It's funny how long 24 hours is, and yet how I can barely remember any of it. We celebrated a LOT of milestones with A. Her longest run, her first double digit run, first half marathon, first 20 miler, first marathon, first 50k and finally - 32 miles. Yes, A completed 32 miles. She took plenty of breaks to play Minecraft, play on the swing set, chat with the volunteers, nap, etc., but she did it. Honestly, I was really surprised. She had the best attitude all day long, smile on her face, saying goofy things, giving other runners high fives and cheering them on. This is a day I will remember for a LONG time.


Lastly? What did A think of the whole experience?