I decided to sign up to be a "Running Buddy" for Girls on the Run at the The Great Candy Run. I signed up to run with Heather's school. A and I left the house early enough to meet Heather at her house and ride over to Wash Park with her and Dan. Thankfully, since I didn't realize this was pretty much the biggest 5k ever.

Took us a bit to park, and then we walked over to where her girls were. Turns out they all had buddies to run with, so I would just be running with Heather and A.
We headed to the bathrooms and then got into the corrals. A decided at the last minute that she didn't want to run with us because we are "too old and slow." I managed to get back into the last corral with Heather. We didn't end up crossing the start line for almost 20 minutes! Apparently there were about 6,000 people running, according to the race director.
I was actually a bit sore from running the trail half the day before (and the lower body video the day before THAT), so I was happy that Heather wanted to run "just for fun." Which is what we did. For ME, I actually pushed the pace a bit and actually ran fast (again, for me).

I couldn't believe how warm and sunny it was during the race, I actually got pretty hot, even though I was only wearing a skirt and tee. We had arranged with A and Dan to meet up at the bouncy castles at the finish, and we found each other without any issues.

My times are fairly unimpressive.

What WAS really impressive was A's performance! She told me she knew she was running fast because she must have passed two thousand people. She could have! 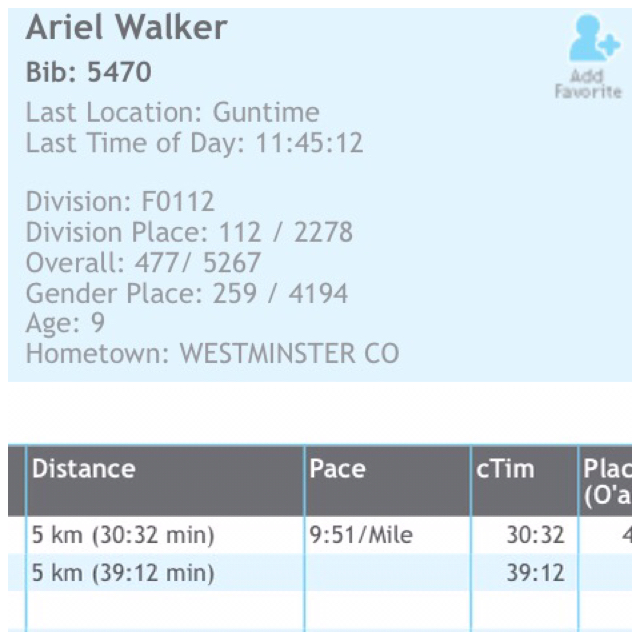 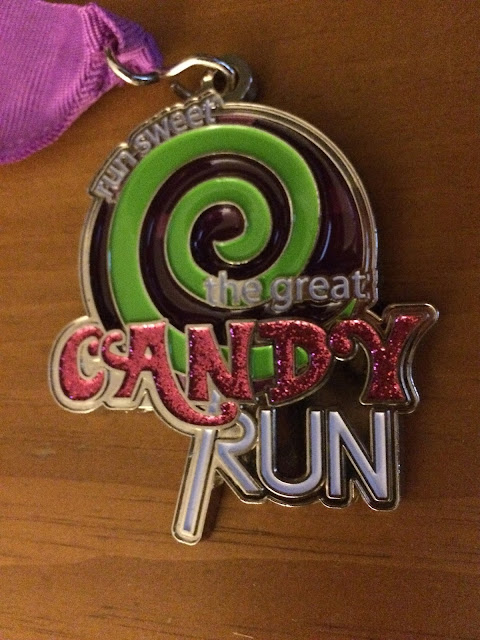