Tuesday (9,967 steps) - Day two of the nasty cold front/blizzard that came in. I didn't even try to drive into the office today, and Ben drove me into work again. Strength class during lunch, and thankfully, the CEO called an early release after Denver Public Schools did, so I was able to get out at 2!! We decided that meant we could stop for a beer at Odyssey on the way home. 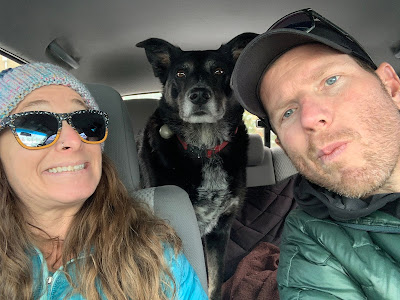 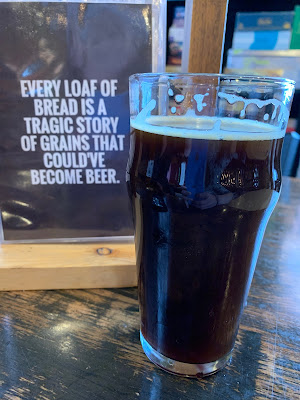 Wednesday (17,575 steps) - Late start for work. A also had a delayed start because our county was the only one in the area to not call a snow day. Core class during lunch, and I knew I'd have time to burn, so I also walked for a bit on the treadmill. Carpooled with Tyler to Roost and we did a VERY brisk modification of the 5K road route. Fun times getting to demo the new Hoka  Speedgoat 4, and if I ever go through all the 2's I have left I can't wait to pick up a pair of these. The walk was fine until Pika saw a raccoon run up a tree and I almost died. 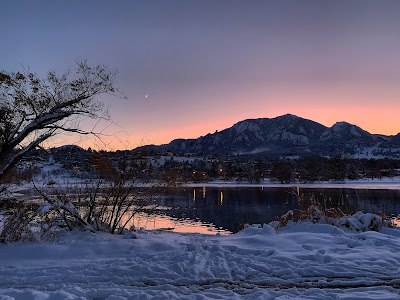 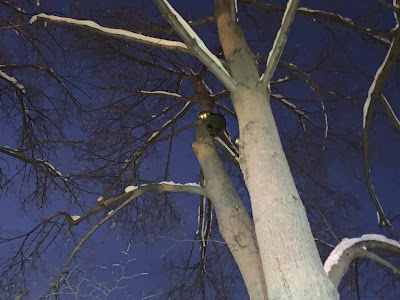 It was really fun seeing all the costumes - even on dogs! I think Miles was the dog-winner. So cute! 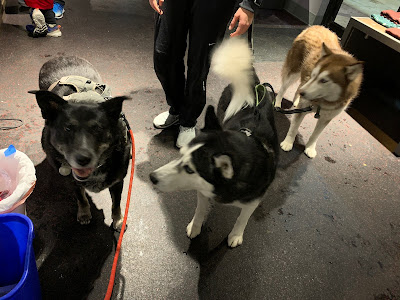 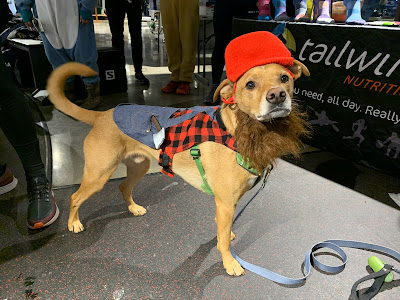 Thursday (6,666 steps) - Halloween! Clearly, I didn't do much. (Except eat lots of sugar, like this adorable spider donut) 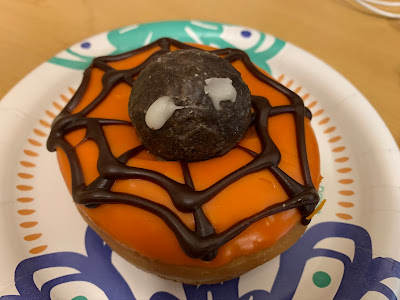 Ariel and her friends dressed up like Pac-Man and the ghosts (they actually researched and made the costumes themselves). 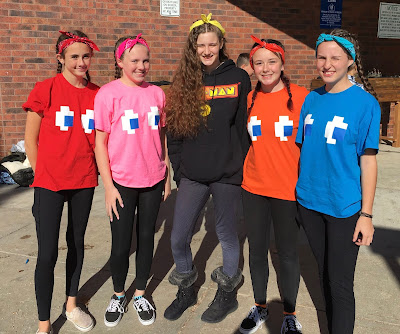 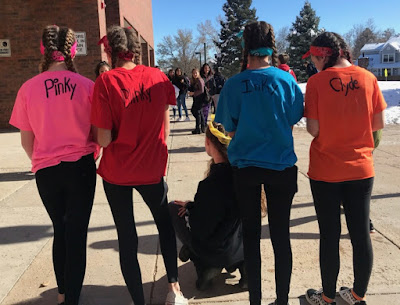 She decided to trick-or-treat with her friends (without me) and Ben, Pika and I went to Kristen's for trick-or-shot. De to the cold weather there were hardly any kids!
Friday (10,854 steps) - Left work early because A had her annual doctor appointment. Ben had made a pot roast in the crock pot and it was delicious! 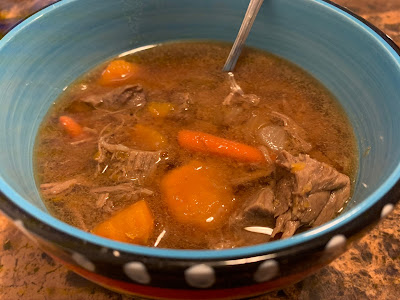 Saturday (29,815 steps) - Up early for Runners Edge. Last minute, I decided to sign up for the winter session (without doing an aid station) in an attempt to get my base miles up again. I've been struggling getting into a steady running pace after Tahoe. 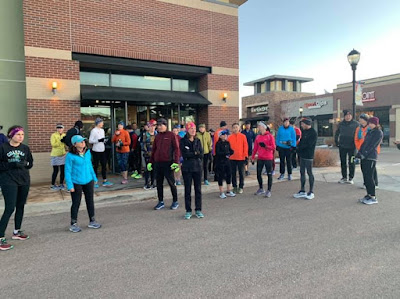 I didn't recognize so many people in our pace group! It was actually pretty great weather for running, and I only had to take one unplanned walk break towards the end.

Hurried home to shower because LISA WAS VISITING FROM VEGAS! It took her forever to get her rental car, so we decided to meet for a late brunch (or early lunch?) at El Camino in the Highlands. 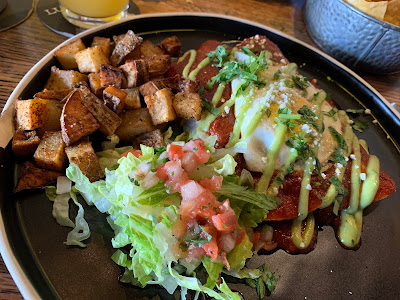 It was really fun to catch up! We took a long walk (everyone!) to the library so I could vote, and then me, Lisa and Ben went to 4 Noses. Interestingly, my original bar tab was lost (no complaints, we spend a decent amount of money there). It was super crowded, and we decided to pick up pizza on the way home.
Sunday (26,325 steps) - Me, Ben and Ariel were up early-ish to go to RMRR for the 9 mile race at Prairie Gateway Park. (After looking, this was my 4th time running, although the first year I ran the race was actually 10 miles). Initially, I thought the race might go ok considering my run had been fine with RER. I was wrong. After the first mile I was hot, so I took off my long sleeve. Then I had to start intervals, which at least I was basically able to maintain for most of the run (3:00 run and :45 walk). Even though Ben started more than 20 minutes after me, he passed me with a few miles to go. I finished only about 11 seconds over predicted pace, so it could have been worse. 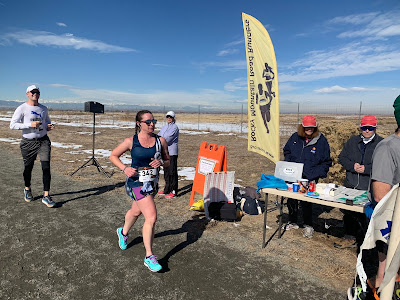 Ariel also struggled a bit with her run, and even though it was a while before she came in, she still ran faster than I did (she had just started later). 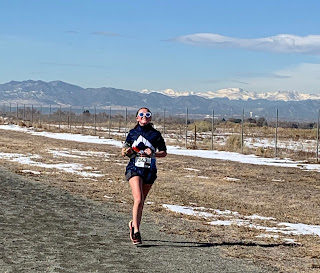 We left after awards and met up with Greg and Lisa at Old Chicago. I was starving when we got there, yet I was only able to eat half my burger. That was weird. Spent the rest of the day feeling kind of blah. Took Pika for a walk, watched the Broncos game. 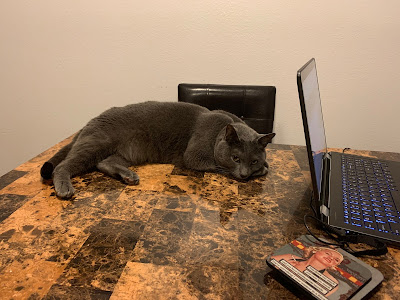 Eventually, we decided that we would go to Torchy's for dinner.
By 9:00, I was exhausted, so I headed to bed. Such a fun, but always too short, weekend.
Monday (15,696 steps) - Ben was up crazy early because he was heading to Vermont for a visit with his parents for a few days. Took Pika for a walk, and really appreciated that it was much lighter out! Of course by the time I got home from work and we went out for a 2.5 mile walk, it was NOT pleasant. I really don't enjoy headlamp season :( 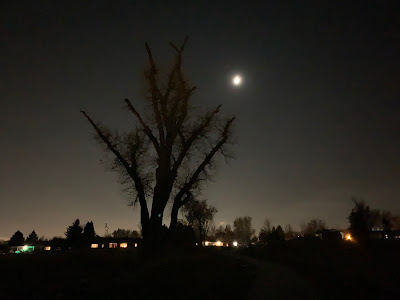